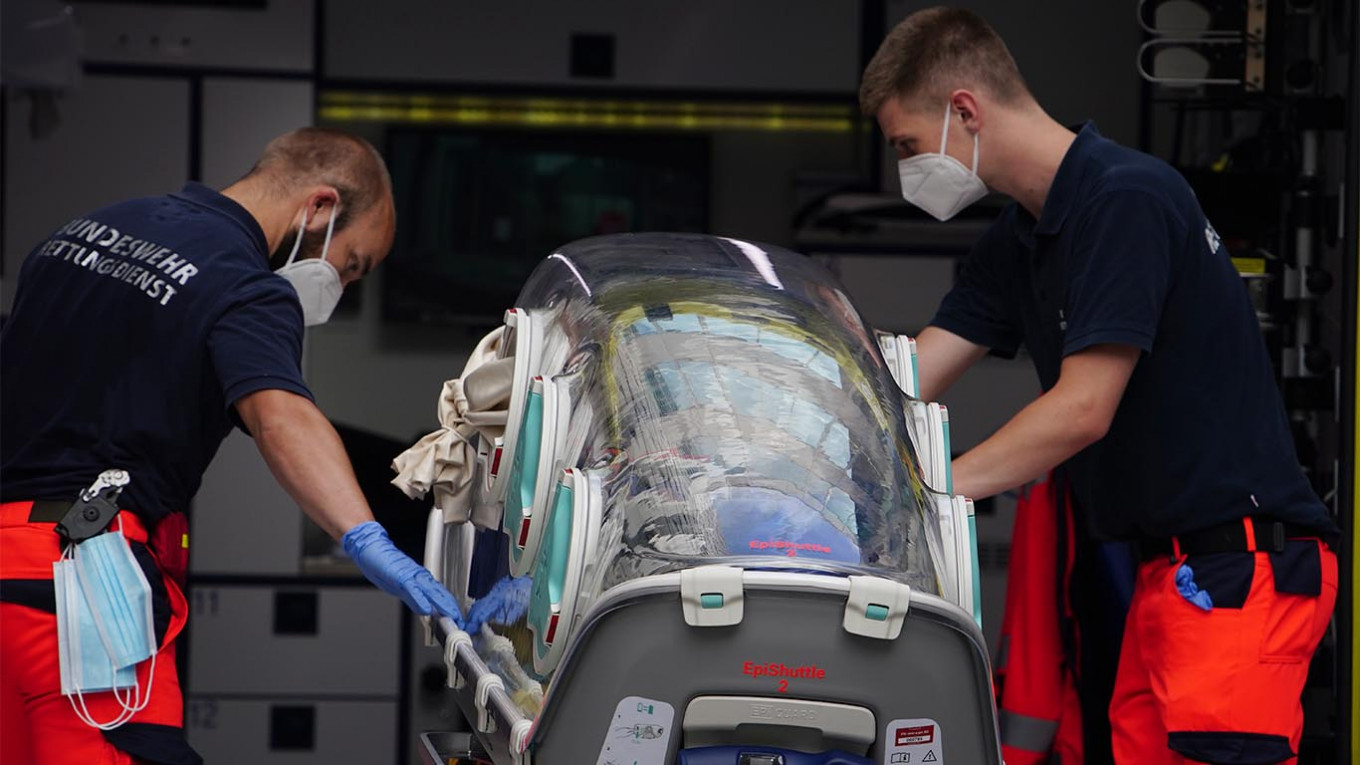 Alexei Navalny’s top ally said Thursday that the Russian opposition leader’s poisoning opened a “new chapter” in a crackdown on dissent and accused the Kremlin of seeking to avoid responsibility for the attack.

Allies like Ivan Zhdanov put the blame for the 44-year-old Navalny’s poisoning with a Novichok nerve agent squarely on President Vladimir Putin’s Kremlin, saying the latest alleged assassination attempt on a dissident was a new low.

While Kremlin critics have for years accused Russian authorities of targeting their enemies at home and abroad, this is the first time a banned warfare agent was used against a top opposition leader on Russian soil, Zhdanov said.

“This has not happened before,” Zhdanov, the 32-year-old director of Navalny’s Anti-Corruption Foundation, told AFP in an interview at the group’s headquarters in southern Moscow.

“This is certainly a new chapter in Russian history.”

He suggested Moscow possibly wanted to get rid of a charismatic protest leader amid opposition rallies in Belarus and the Far Eastern city of Khabarovsk.

“When a protest movement has a leader it is much stronger,” Zhdanov said. “They like a leader-less protest. When there is no leader people do not know what to do.”

Germany said on Wednesday that Navalny had been poisoned with Novichok, a military grade nerve agent developed by the Soviet Union.

“I believe that it’s the Kremlin that bears responsibility for the attempt on Alexei Navalny’s life. Therefore it has been trying to deny everything and obfuscate,” Zhdanov said.

Zhdanov said it was hard for rogue elements to receive access to “warfare agents.”

“Now the Russian state will be inventing the most absurd and crazy versions of what has happened. This is their style.”

Pro-Kremlin figures have already wheeled out a number of theories including that Navalny might have been poisoned by Germans.

Kremlin spokesman Dmitry Peskov said Russia had not found any traces of poison in Navalny’s samples.

Russia has denied responsibility for that attack as well as a litany of similar crimes.

Navalny, who is being treated at Berlin’s Charite hospital, is still in a coma but is gradually improving, his doctors say.

They caution however that it is too early to say if Navalny will make a full recovery.

Zhdanov said he was confident Navalny would recover, adding his anti-corruption foundation would soldier on in the meantime.

Since the poisoning, the team has released two anti-corruption investigations, with the most recent one published Thursday.

Navalny fell ill in Siberia where he traveled last month to work on the investigations and promote his “smart voting” tactics ahead of regional polls in September.

Zhdanov said the poisoning would likely prompt more Russians to vote for candidates promoted by his team.

“Naturally we will link the poisoning to the regional elections,” he said.

“I believe it will draw even more attention to these elections.”