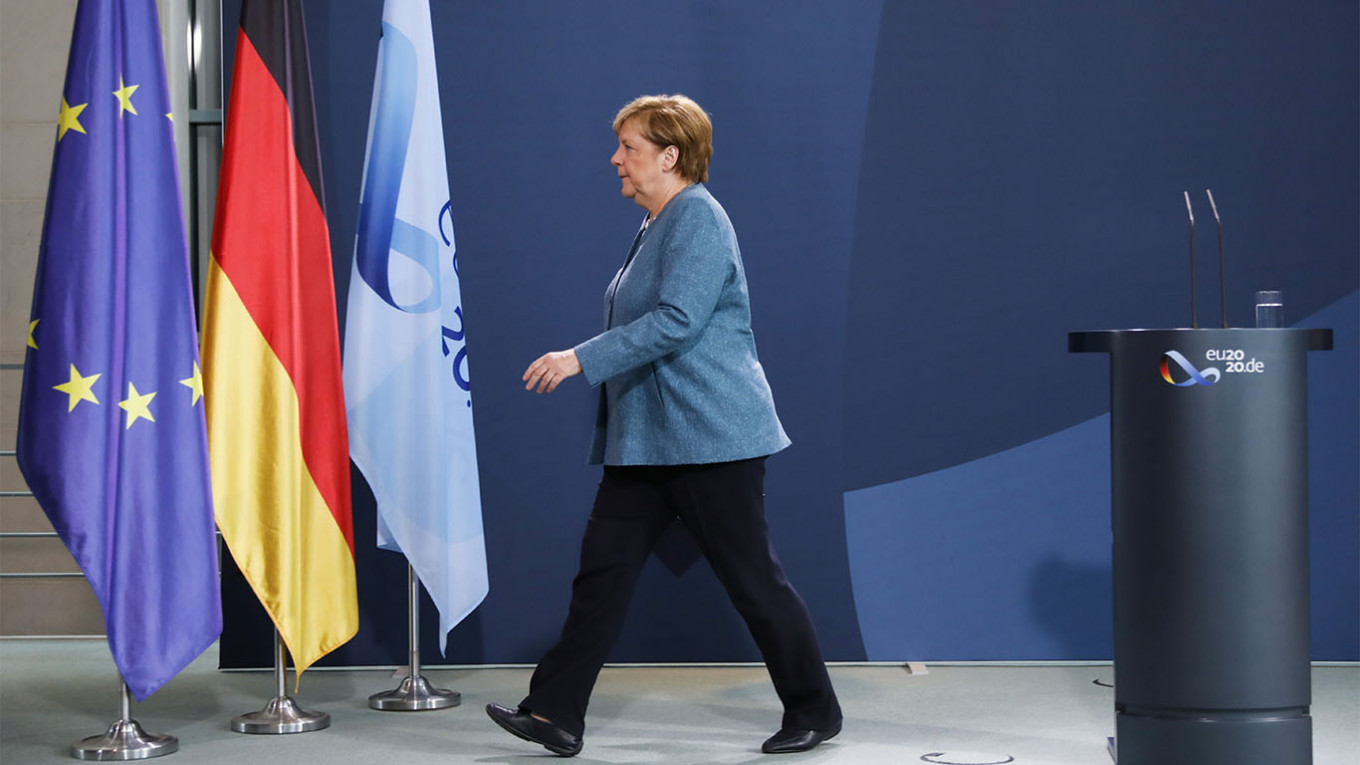 The Navalny case is only the latest in what Berlin has seen as a series of bitter provocations by Russian President Vladimir Putin that have damaged ties and called future cooperation into question.

But German politicians and media said a line had been crossed with the use on Navalny of military-grade Novichok, a poison first developed by the Soviet Union towards the end of the Cold War.

Merkel was confronted with insistent calls in particular to abandon the controversial German-Russian energy project Nord Stream 2, a multi-billion-euro gas pipeline nearing completion that has drawn the ire of U.S. and European partners alike.

“After the poisoning of Navalny we need a strong European answer which Putin understands: The EU should jointly decide to stop Nord Stream 2,” said Roettgen, a candidate to be the next leader of Merkel’s Christian Democratic Union party.

The top-selling Bild daily issued a full-throated appeal to abandon the pipeline, saying that pursuing it was “tantamount to us financing Putin’s next Novichok attack”.

“Vladimir Putin views the gas pipeline as an important strategic weapon against Europe and as a vital source of funding for his war against his own people,” it said.

Navalny fell ill after boarding a plane in Siberia last month, with aides saying they suspect he drank a cup of spiked tea at the airport.

He was initially treated in a local Russian hospital, where doctors said they were unable to find any toxic substances in his blood, before he was flown to Berlin for specialised treatment on August 22.

Navalny’s poisoning comes a year after a daylight murder of a former Chechen rebel commander in a Berlin park, which German prosecutors believe was ordered by Russia.

Merkel had also revealed in May that Russia had targeted her in hacking attacks, saying she had concrete proof of the “outrageous” spying attempts.

Moscow has denied involvement in the string of allegations, with the Kremlin saying Thursday “there is no reason to accuse the Russian state” over Navalny’s poisoning.

Russia has long been a divisive issue in German politics, and a deterioration in transatlantic ties under US President Donald Trump had revived sentiment that Berlin couldn’t afford to alienate Moscow.

Wolfgang Ischinger, the head of the Munich Security Conference, often a forum for airing Russian-Western tensions, warned against cutting ties too abruptly.

“We can’t put up a wall between us and Russia,” he told public broadcaster ARD.

Foreign Minister Heiko Maas of the Social Democrats, junior partners in Merkel’s government and typically strong advocates of maintaining close ties with Russia, said Berlin would now consult with EU and NATO allies about an “appropriate reaction” to the Navalny case.

In a speech earlier this week in Paris, Maas acknowledged that while “constructive ties” remained essential, “dark clouds” now hung over relations between the EU and Russia.

ARD commentator Michael Strempel noted that Merkel’s statement Wednesday that “Navalny was meant to be silenced and I condemn this in the strongest possible terms” marked an unprecedented hardening of her tone.

“I have never seen the chancellor so determined on foreign policy,” Strempel said. “Nor have I ever experienced her this critical and demanding of Russia.”

Now Merkel’s credibility is on the line, he said, calling for new economic and political sanctions against Moscow.

The EU has had sanctions targeting whole sectors of the Russian economy in place since 2014 when Russia annexed Crimea.

The conservative Frankfurter Allgemeine Zeitung said the time had come to go further.

“A European response is vital, but if the usual suspects refuse to play ball then Germany will have to react bilaterally, too. We are talking about attempted murder after all.”