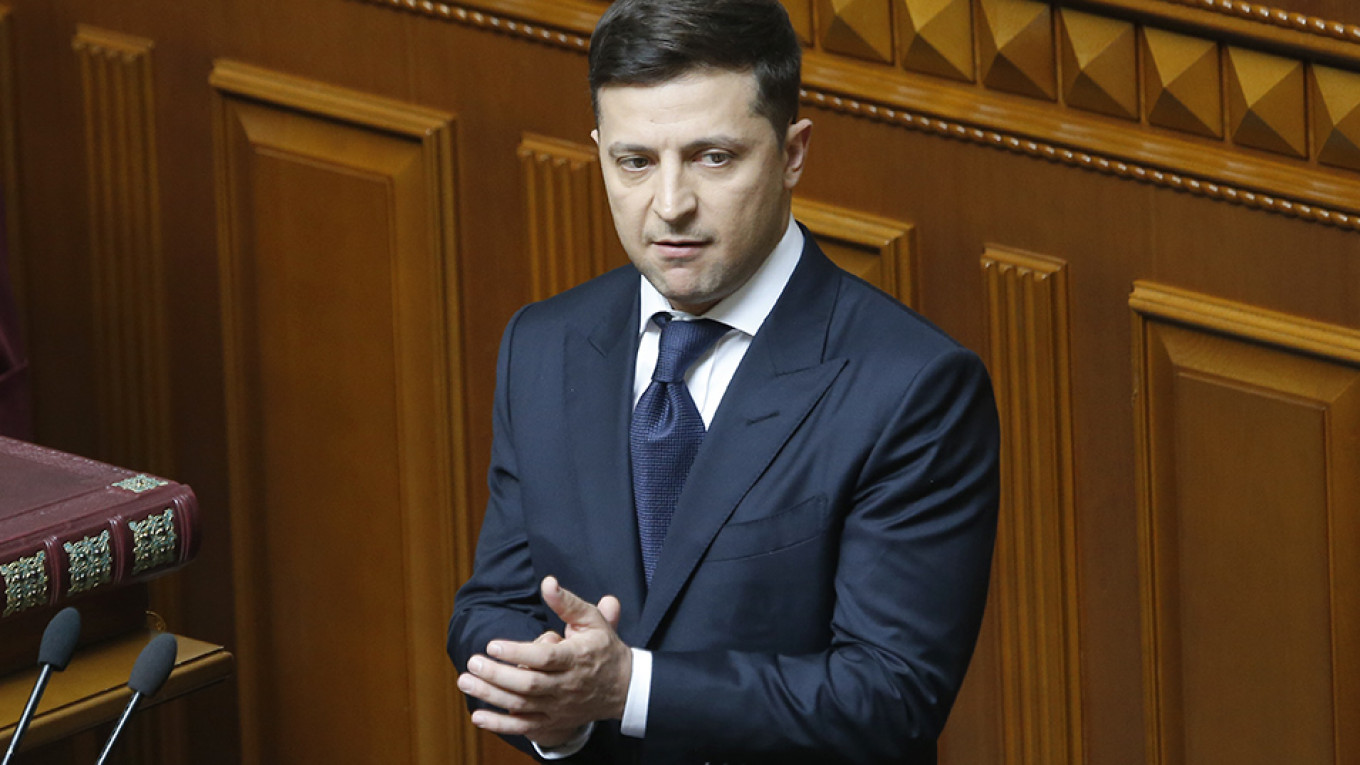 Ukraine’s new President Volodymyr Zelenskiy was inaugurated on Monday morning, saying that his first task in office will be to achieve a ceasefire in eastern Ukraine, where a five-year-old conflict with Russian-backed separatists has killed 13,000 people.

“Our first task is to end the conflict in the Donbass,” Zelenskiy said in translated comments as he took office on Monday to applause from Ukrainian lawmakers.

Noting that Ukraine is ready for dialogue with Russia, Zelenskiy switched to Russian, saying: “I believe that the first step to begin this dialogue will be the return of all Ukrainian prisoners [held by Russia].”

He said he was ready to make tough decisions, at a cost to his reputation — “and, if need be, even this job” — to achieve peace.

Zelenskiy also announced that he was dissolving the Ukrainian parliament. His party has no representation in the Rada, making it expedient for him to call a snap poll while his popularity remains high.