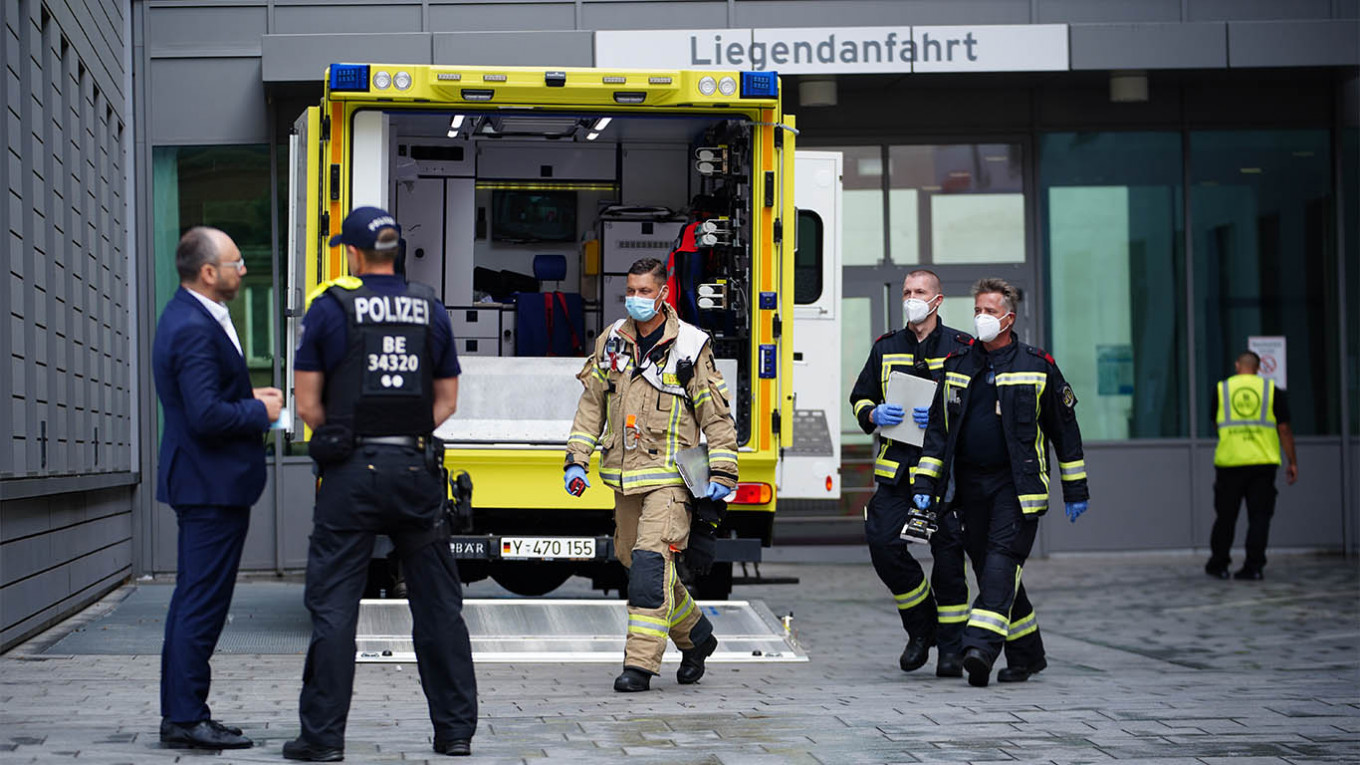 Russia sees no grounds to launch a criminal investigation into the circumstances of Kremlin critic Alexei Navalny’s sudden illness that German doctors attribute to poisoning, the Kremlin said Tuesday.

Navalny’s allies have criticized the Russian authorities for failing to open criminal proceedings after the anti-corruption campaigner and de facto Russian opposition leader fell into a coma Thursday. German doctors at the hospital where he was airlifted Saturday have said Navalny was poisoned with an unknown substance belonging to a group of medicines that affects the nervous system.

“There must be a reason for an investigation,” President Vladimir Putin’s spokesman Dmitry Peskov told reporters on a conference call Tuesday.

“First you need to find the toxin and establish what caused the condition,” Peskov said. “So far, we’re observing that the patient is in a coma.”

Peskov reiterated his assertion that an investigation would be warranted if the poisoning attempt was “proven as fact.”

When asked about the statement from Berlin’s Charité hospital that said its tests indicated Navalny had been poisoned, Peskov said Russian and German doctors had the same findings, “but the conclusions differ.”

“We don’t understand why our German colleagues are rushing to use the word ‘poisoning,’” he told reporters.

Navalny’s illness marks his second suspected poisoning in two years and he is one of a line of Kremlin critics who have faced similar unexplained attacks. Peskov on Tuesday dismissed suggestions that the Kremlin could have played a role or that the incidents have become a trend.