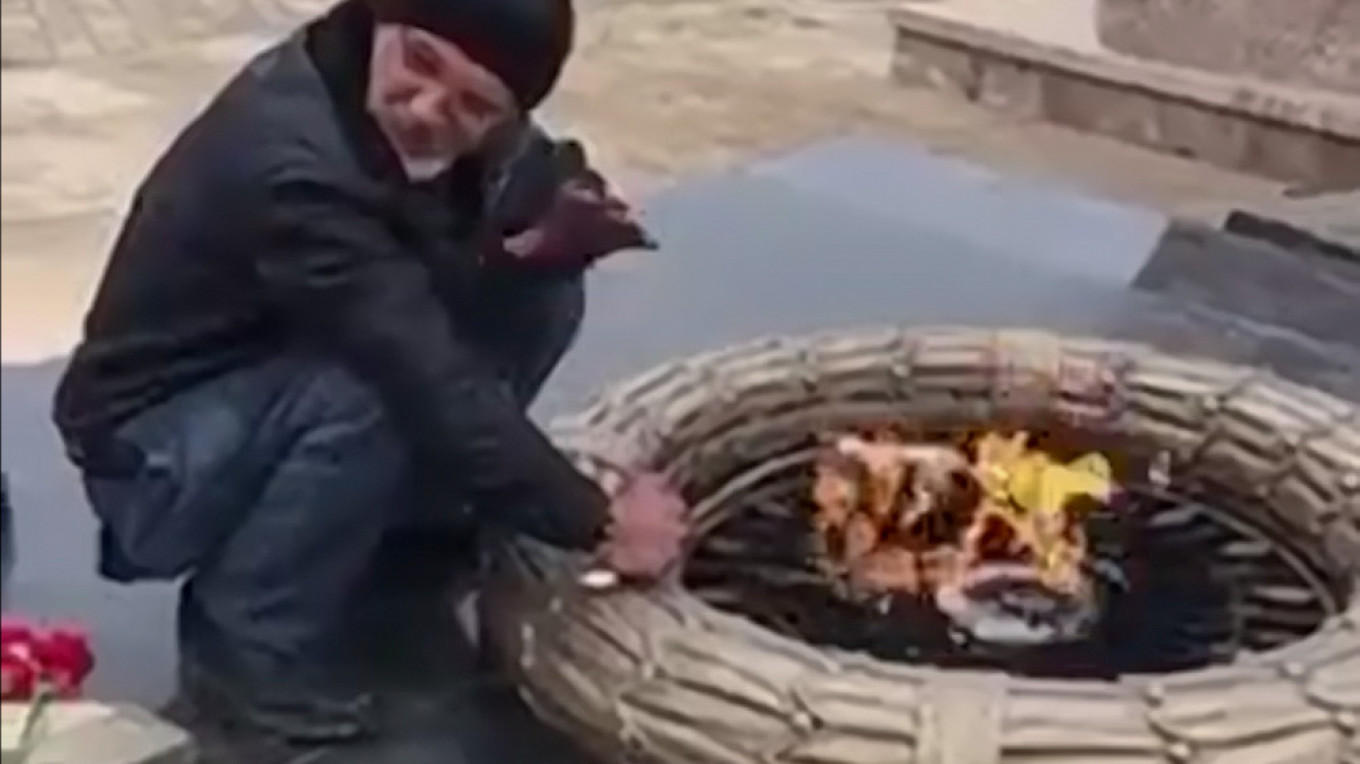 A local resident has been detained for cooking a barbecue over an eternal flame monument to fallen World War II soldiers in Russia’s North Caucasus republic of Dagestan, state media reported Friday.

Footage shared by the Baza Telegram channel showed the elderly man crouching over the flames with two slabs of meat attached to a skewer.

“No need for coal,” the unidentified man was heard explaining to eyewitnesses at the Grieving Mother monument in Derbent’s park of military glory.

Officials in the Dagestani city of Derbent announced that the man in the video has been detained to face administrative charges, according to the state-run TASS news agency.

The officials did not disclose the charges.