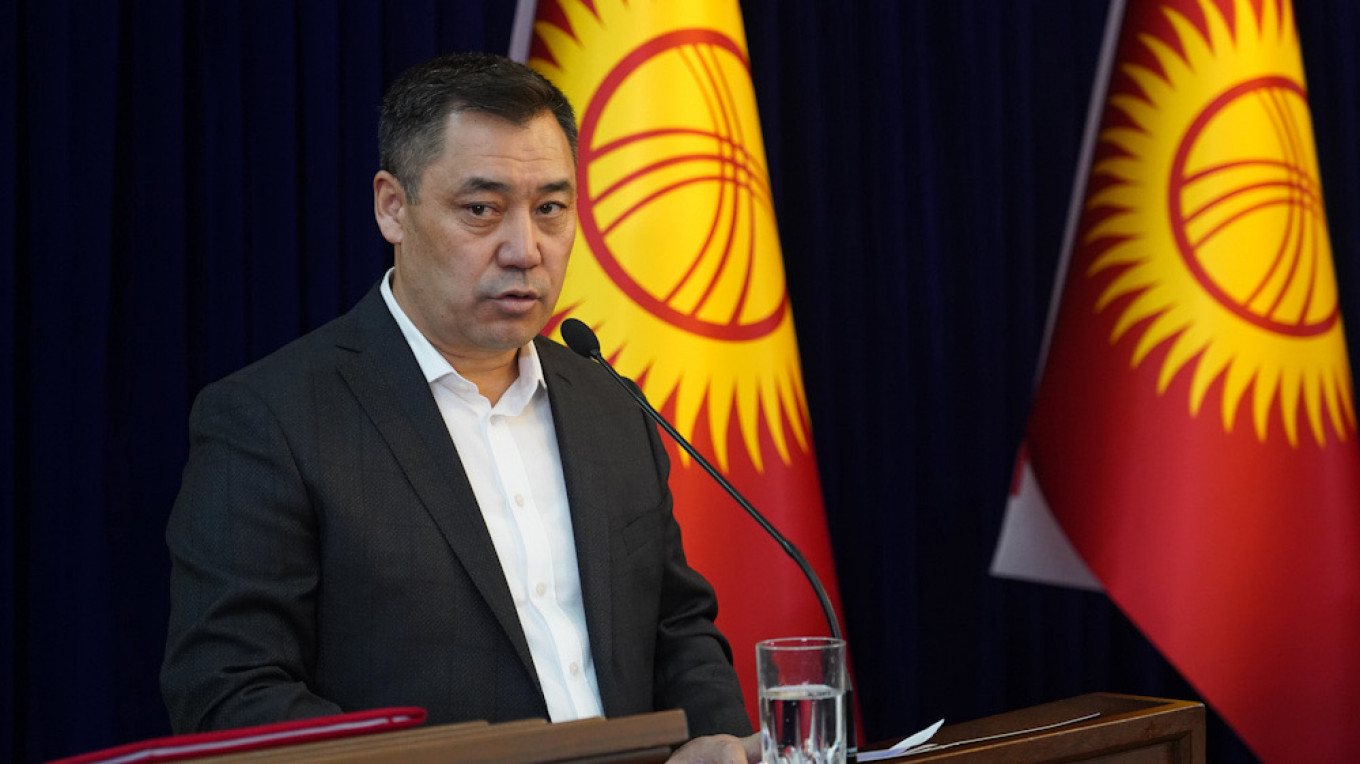 Populist Sadyr Japarov was sworn in as president of ex-Soviet Kyrgyzstan Thursday, completing a remarkable transformation from prisoner to president in just a few months.

Japarov, 52, was serving jail time on hostage-taking charges before being freed during a political crisis over a parliamentary vote in October, beginning a dizzying rise to the top job.

He won a Jan. 10 presidential election by a landslide with close to 80% of the vote.

Japarov on Thursday swore to “preserve the integrity of the people and the security of the country” as he placed his hand on the Kyrgyz constitution, which is set to be overhauled in the coming months.

Voters chose a presidential form of government over a parliamentary model in a referendum held in parallel to the presidential vote.

A Kyrgyz cabinet official said Japarov would make his first foreign trip as president to Russia, where hundreds of thousands of Kyrgyz live and work.

Japarov called the exodus a “tragedy” at his inauguration ceremony.

“I, like all patriots of the country, dream that Kyrgyzstan will become economically developed, dynamic, strong and free,” Japarov said.

“A country where human rights are observed, where there is a dictatorship of law, and youth look to the future with optimism.”

Yet Moscow has taken a dim view of political upheavals in the mountainous country of 6.5 million that looks to next-door China for loans and investment.

Putin last year called the overthrow of the previous government a “misfortune” and chided Bishkek for seeking a political model based on Western democracies.

The new constitution is likely to grant the head of state sweeping new powers when it is passed and reverse the single-term limit imposed on presidents after a bloody uprising ousted the country’s second leader in 2010.

Two of Japarov’s vote challengers Abdil Segizbayev and Kursan Asanov were detained by law enforcement earlier this week, raising fears that Japarov’s reign will continue the cycle of revenge and selective justice that has defined local politics.

Segizbayev, who was serving as national security chief at the time of Japarov’s arrest in 2017, was detained over charges of abuse of office.

Asanov, who proclaimed himself acting interior minister during the same unrest that propelled Japarov to power, has been detained for his alleged role in seizing the ministry building during demonstrations.

And former prime minister Mukhammedkali Abylgaziyev was also arrested on Tuesday and charged with illegal enrichment.

‘We have high hopes for him’

But supporters of Japarov who gathered to watch his inauguration on a central square in Bishkek were adamant that their man deserved the chance to show he was different from Kyrgyzstan’s previous leaders.

“He came through all his trials,” said Gulmira Seyrekova, 52, referring to the three-year jail stint during which Japarov lost both his parents and one of his sons, who died in a road accident.

“We have high hopes for him. We put our faith in him, that he will be our good president,” she said.

Kyrgyzstan has long been the freest of the five former Soviet Central Asian states but political infighting and chronic corruption have ensured it has remained the second poorest among Soviet successor states.

Sooronbai Jeenbekov, who became the third Kyrgyz president to step down over unrest last year was shown attending Japarov’s inauguration.

A mass uprising broke out after a parliamentary vote saw parties close to Jeenbekov dominate, amid allegations of massive vote-buying.

The results were subsequently annulled.