‘President for Life’: Putin Opens Door to Extending Rule until 2036 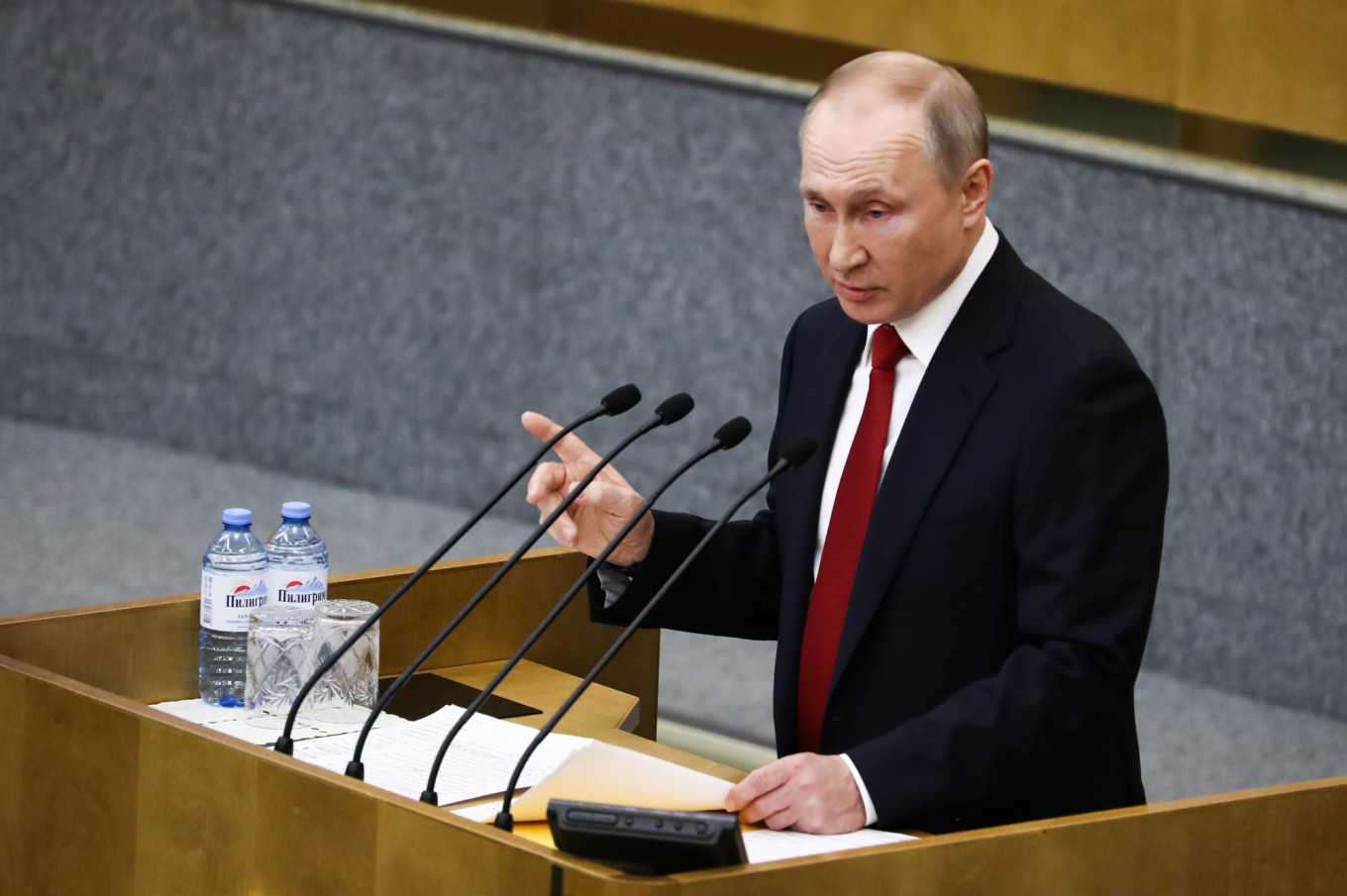 In a whirlwind series of events on Tuesday, Russia’s lower house of parliament laid the groundwork for President Vladimir Putin, who first took office in 2000, to remain in the Kremlin until 2036.

The move came as part of sweeping constitutional changes that Putin first announced in January and many saw as a ploy by the Russian leader to retain power beyond 2024, when his second consecutive presidential term will come to an end.

Tuesday offered clarity. During a State Duma session on the amendments, Valentina Tereshkova, a deputy who was the first woman in space, proposed adding another change to the list — resetting presidential terms to zero after the constitutional amendments are passed to allow Putin to run for president once again.

“This would be a stabilizing factor for our society,” she said.

Soon after, the Russian leader arrived at the State Duma and made it clear that he was open to persuasion.

“In principle, this option would be possible, but on one condition: if the Constitutional Court formally concluded that such an amendment would not contradict the principles and basic provisions of basic law and the Constitution,” Putin told the lawmakers, to applause.

Putin Says Will Not Bend Law to Extend Grip on Power

Minutes later, State Duma deputies approved Tereshkova’s proposed amendment. As for the Constitutional Court, which critics see as beholden to the Kremlin, political consultant Yevgeny Minchenko told The Moscow Times he couldn’t see a scenario in which it wouldn’t uphold the proposal.

A nationwide vote on the constitutional amendments is planned for April 22. In addition to Tereshkova’s amendment, Russians will vote on enshrining marriage as a union between a man and a woman and faith in God, among a raft of other changes.

Putin set off a political firestorm during his annual state-of-the-nation address on Jan. 15 when, in a shock move, he proposed reforming the Constitution. Just hours later, then-Prime Minister Dmitry Medvedev announced his and his entire government’s resignation on live television.

In the weeks since, as the nation has attempted to decipher Putin’s plans, the longtime leader has been coy, stating multiple times that he does not want to remain in power for life.

“It would be very worrying to return to the situation we had in the mid-1980s when state leaders stayed in power, one by one, until the end of their days and left office without ensuring the necessary conditions for a transition of power,” he said in one interview aired on state television.

That might have contributed to the confusion among Russian voters. According to a recent survey published by the independent Levada Center pollster, a quarter said they would support the constitutional proposals, while 56% said they did not understand why the changes are needed.

Putin’s Changes Might Set Russia on the Right Path

Putin, 67, is Russia’s longest serving leader since Josef Stalin. He would be 83 when his potential sixth presidential term would end in 2036, making him older than Leonid Brezhnev was when he died in power at 75. He would also have served longer than Stalin.

In his address to the State Duma Tuesday, Putin cited the importance of stability — a key pillar of his support among Russians who recall the country’s turbulent transition to a market economy after the fall of the Soviet Union in 1991 — in considering the possibility that a transition of power might not take place in 2024.

In doing so, Putin highlighted the ongoing coronavirus epidemic and the recent collapse of Russia’s agreement with OPEC. Earlier Tuesday morning, the Russian stock market plunged 10% — a day after the ruble fell to its lowest value in over four years.

Putin, however, did not state explicitly that he would run for president — keeping speculation alive that he might find other ways to remain in control, like heading a beefed up State Council.

“I’m sure that together, we will do many more great things, at least until 2024,” he said in closing his speech. “And then we will see.”

Political scientist Yekaterina Schulmann urged against rushing to conclusions after the speech, in which Putin also rejected a proposal by lawmakers to hold early State Duma elections, currently planned for September 2021.

“He has extended the scenario of uncertainty,” she said. “Just two days ago everyone was sure that we would have early State Duma elections.”

As the dust settled, Russia’s most prominent opposition leader Alexei Navalny offered his own interpretation.

“All is clear,” he wrote on Twitter. “Putin will be president for life.”

What Changes Is Putin Planning for Russia’s Constitution?

Later Tuesday, opposition activists applied for permission from city officials to hold a rally on March 21 against the planned changes, as unsanctioned street protests are illegal in Russia.

But opposition activists will also face another obstacle if they want to rally people to the streets. On Tuesday evening Moscow’s City Hall banned gatherings of more than 5,000 people until April 10 over coronavirus worries.

Tatiana Stanovaya, founder of the political analysis project R.Politik, warned that, with the vote in just six weeks, any efforts by the opposition to halt Putin’s plans may be too little too late.

“Putin probably didn’t want to make clear what his plans were until the last moment so that the opposition couldn’t mobilize against them,” she said. “We can now expect a burst of activity, but there is not much time.”

“In the end, he won and the opposition lost,” she added.

That didn’t stop Navalny ally Leonid Volkov from trying to rally the troops.

“March 10, 2020 will go into history books as a coup attempt,” he wrote on Twitter. “Whether it will have been successful is up to us.”