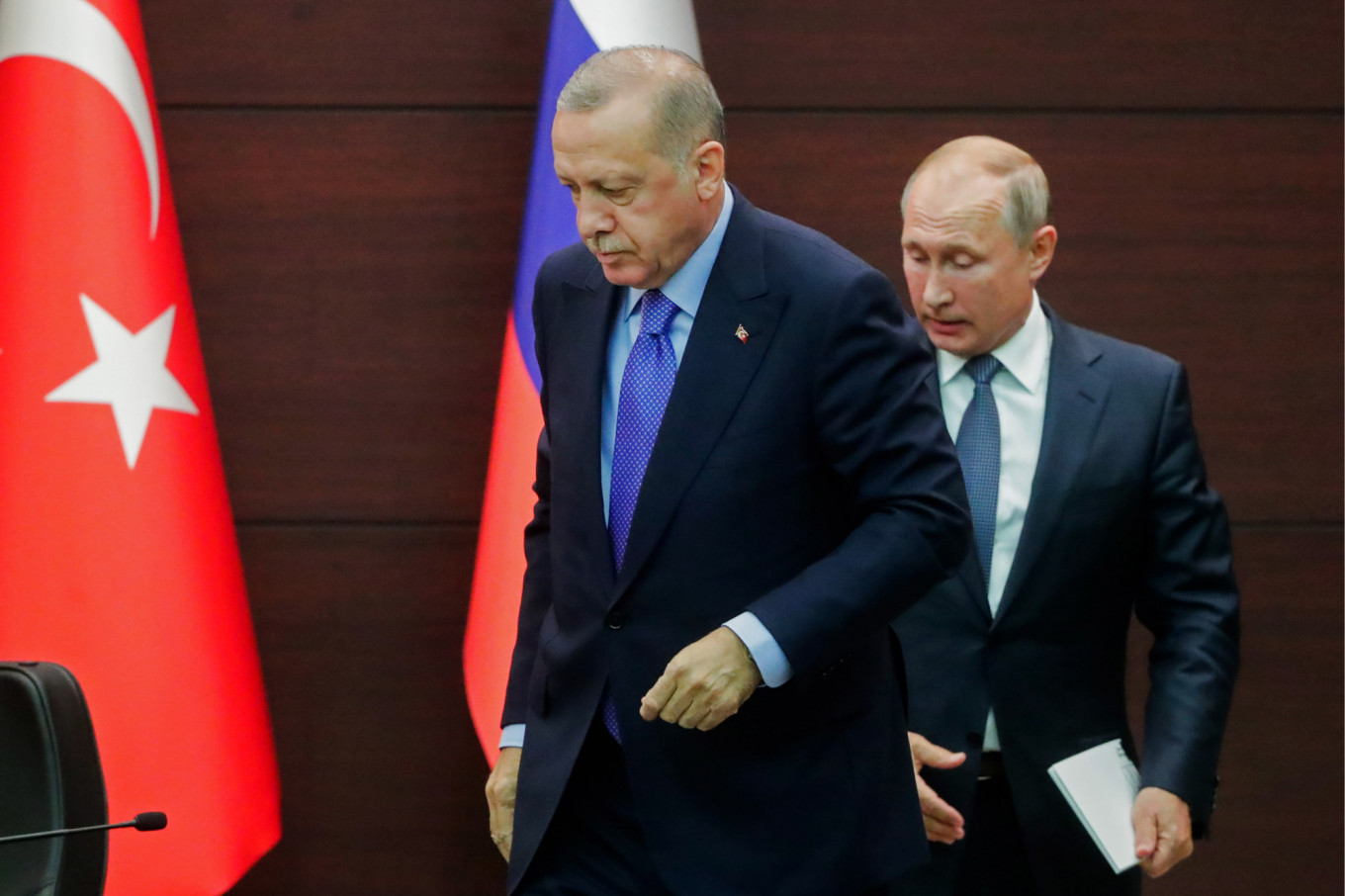 The leaders of Russia and Turkey meet in Moscow on Thursday in a bid to ease tensions that have threatened to bring their two countries into direct conflict in Syria.

Turkish President Recep Tayyip Erdogan said he would be looking for Russia’s Vladimir Putin to agree to a rapid ceasefire in Idlib, the northwestern province of Syria where Ankara is battling Moscow-backed regime forces.

Intense fighting has killed dozens of Turkish soldiers in Idlib in recent weeks, as Ankara for the first time launched a direct offensive against President Bashar al-Assad’s regime.

Erdogan upped the stakes last week, demanding Europe support his efforts in Syria and prompting a new migration crisis by opening Turkey’s border with Greece to refugees and migrants.

“(I hope) there will be a ceasefire swiftly established in Idlib,” Erdogan said Wednesday ahead of the talks.

Ankara wants Assad’s forces to cease an assault on Idlib, the last rebel stronghold in Syria, and pull back behind lines agreed under a 2018 deal with Russia brokered in Sochi.

Turkey has long backed certain rebel groups against Assad but its priority now is to stop another influx of refugees, as close to a million civilians in Idlib have been displaced by the regime’s latest assault.

Kremlin spokesman Dmitry Peskov said Wednesday the two leaders would discuss the causes and effects of the crisis and “joint measures” they could agree to defuse it.

But Moscow — which launched an air campaign in support of Assad in 2015 — will be keen to send a message that Turkey cannot stand in the way of Syria eventually retaking full control of its territory.

“There might be a ceasefire announced after the talks between Putin and Erdogan but it’ll be for show,” a Western diplomat told AFP.

“I believe Putin will tell Erdogan that’s it for his actions in Syria.”

Russia and Turkey Search for the Endgame in Syria, With or Without Assad

The Kremlin sees Russia’s campaign in Syria as a key victory of Putin’s foreign policy, with clout and military bases in the country that establish Moscow as a major player in the Middle East.

Experts say Putin is not looking for a full confrontation with NATO member Turkey but also will not back down.

“Victory in Syria has become a matter of prestige for Russia — and for Putin personally,” said Yury Barmin, a Middle East analyst at the Russian International Affairs Council.

Despite supporting opposing sides in the war, Russia and Turkey have worked closely to try to resolve the nine-year conflict and avoid direct confrontation between their forces.

But that relationship has been strained in recent days, with the two sides trading accusations of violating the Sochi deal, which created a buffer zone and allowed for the deployment of 12 Turkish observation posts.

Ankara says Russia is not fulfilling part of the deal that guaranteed no attacks on Idlib and the status quo on the ground.

Moscow says Turkey is violating the deal by supporting “illegal armed groups” and has accused Turkish forces of mingling with “terrorists” who are legitimate targets.

In the latest salvo on Wednesday, Russian defence ministry spokesman Igor Konashenkov said “the fortified positions of terrorists have merged with the Turkish observation posts” deployed under the Sochi deal.

Turkey said Wednesday that at least two more Turkish soldiers had been killed in Idlib, after 34 died in an air strike last week blamed on Damascus.

Turkey officially declared an operation against the Assad regime over the weekend, named “Spring Shield”.

It has since downed three Syrian warplanes and killed dozens of regime soldiers and allied fighters — mostly through drone strikes — according to monitors.

Erdogan warned Europe on Wednesday that it must support Turkey’s “political and humanitarian solutions in Syria” if it wants to avoid a repeat of the 2015 migration crisis.

Thousands of migrants have massed at the Turkish-Greek border since Erdogan gave them the green light to try to enter Europe, leading to clashes with Greek police.

Turkey hosts some four million refugees, most of them Syrians but also many Afghans and Iraqis, and Erdogan’s move has sparked concern in Europe of a renewed influx of migrants.