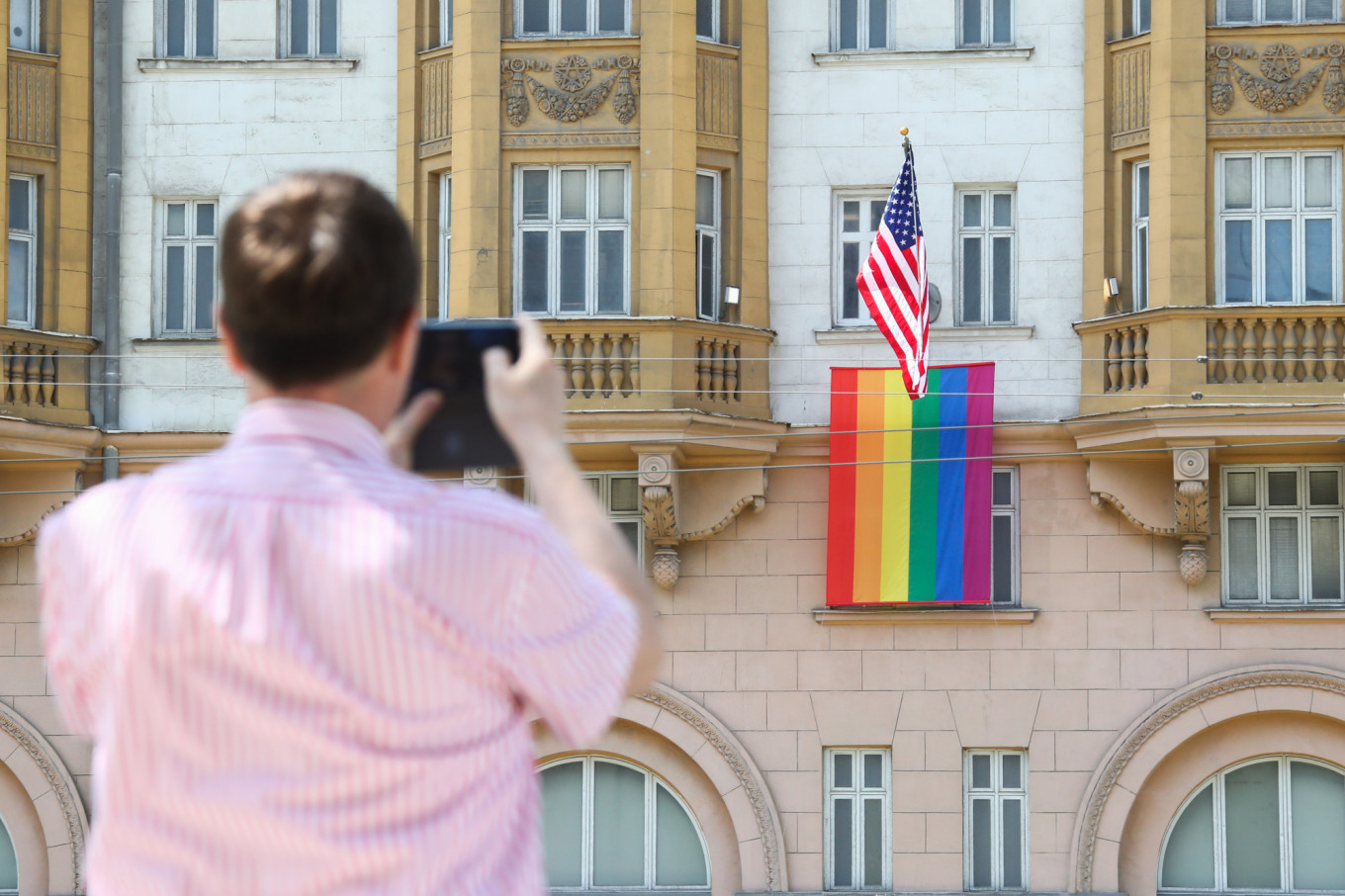 Russian President Vladimir Putin on Friday mocked a rainbow LGBT pride flag hung from the U.S. Embassy in Moscow, suggesting it reflected on the orientation of the diplomats.

During a televised video conference, a lawmaker told Putin that the U.S. Embassy had hung a rainbow flag on its facade for the first time to celebrate Pride month in June.

“Who works in this building?” Putin asked the speaker, Senator Alexei Pushkov, to be told “Americans.”

“Let them celebrate. They’ve shown a certain something about the people who work there,” he added with a smile.

Putin on Friday signed amendments to the Constitution backed by a national vote that include a clause on marriage being between a man and a woman, aimed at preventing legalization of gay unions.

The president said Friday however that Russia does not discriminate against people on the basis of sexual orientation.

He said a law banning promotion of homosexual relationships to minors, which he signed in 2013 to a storm of international condemnation aimed simply to prevent the “foisting” of such relationships on children.

The law has been used as a pretext to ban gay pride events.

“Let a person grow up, become an adult and decide his own path himself. You just shouldn’t impose anything,” Putin insisted.

He said that “those who attack us on this basis are just trying to break down an open door.”

A conservative politician who heads the Union of Women of Russia warned Putin that billboards were using rainbow imagery to sell ice-cream.

“It’s indirect but all the same it forces our children to get used to the colours, to the flag that everyone is hanging up, even on that embassy,” said Yekaterina Lakhova.

U.S. Ambassador to Moscow John Sullivan in a video on Twitter on June 25 said “our embassy is displaying the rainbow flag in solidarity,” wishing Russians a “happy Pride.”

On June 27, he and ambassadors from four other countries including Britain released a statement urging the Russian government to carry out its obligations to protect the rights of LGBT people.

The British Embassy in Moscow also flew a rainbow flag.

The flag on the U.S. Embassy, an imposing building on a major road, became a target for homophobic protests.

Members of Sorok Sorokov, a conservative Orthodox Christian group, videoed themselves trampling on a rainbow flag on the pavement in front of the building.

An Orthodox Church spokesman slammed the flag as disrespectful of Russians’ values.

Many however snapped selfies in front of the flag to signal their support for gay rights.

“The pride flag on the U.S. Embassy has become a landmark,” wrote entertainment website Afisha.ru.