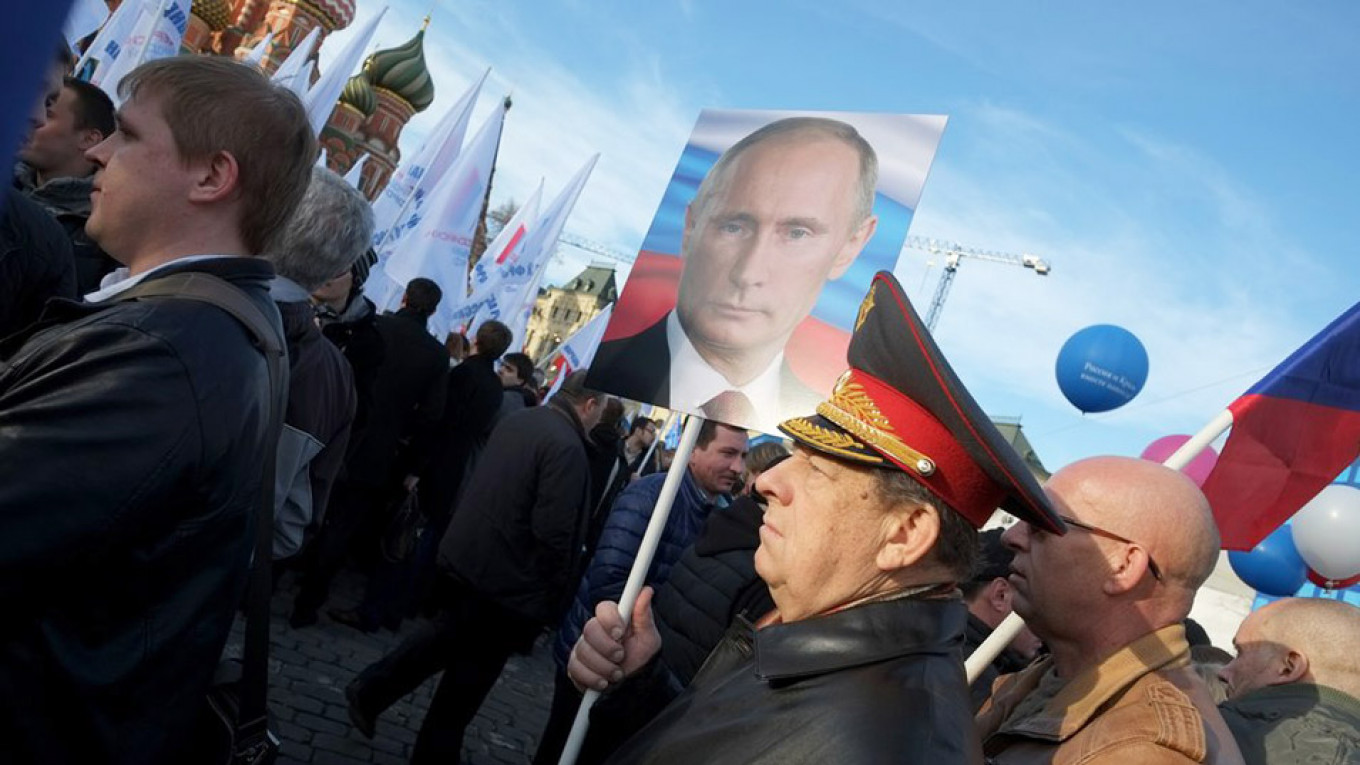 Putin’s job approval has climbed to 68 percent this month from 66 percent in April-May and 64 percent in January-March, Levada Center’s poll results said.

These minor gains within the margin of error could climb even higher after this month’s increase in pension payouts, Levada’s head of research Alexei Levinson told The Moscow Times.

“If we see that [Putin’s] approval level remains the same or goes up by fall, we’ll be able to talk about changes in public opinion over the pensions increase,” Levinson said.

Putin’s approval rating reached an all-time high of 87 percent in August 2014 in the aftermath of Russia’s annexation of Crimea from Ukraine.

It began falling throughout 2018 and hit its lowest mark since 2013 last fall.

Levada conducted the survey among 1,608 respondents in 50 Russian regions between June 27 and July 4.