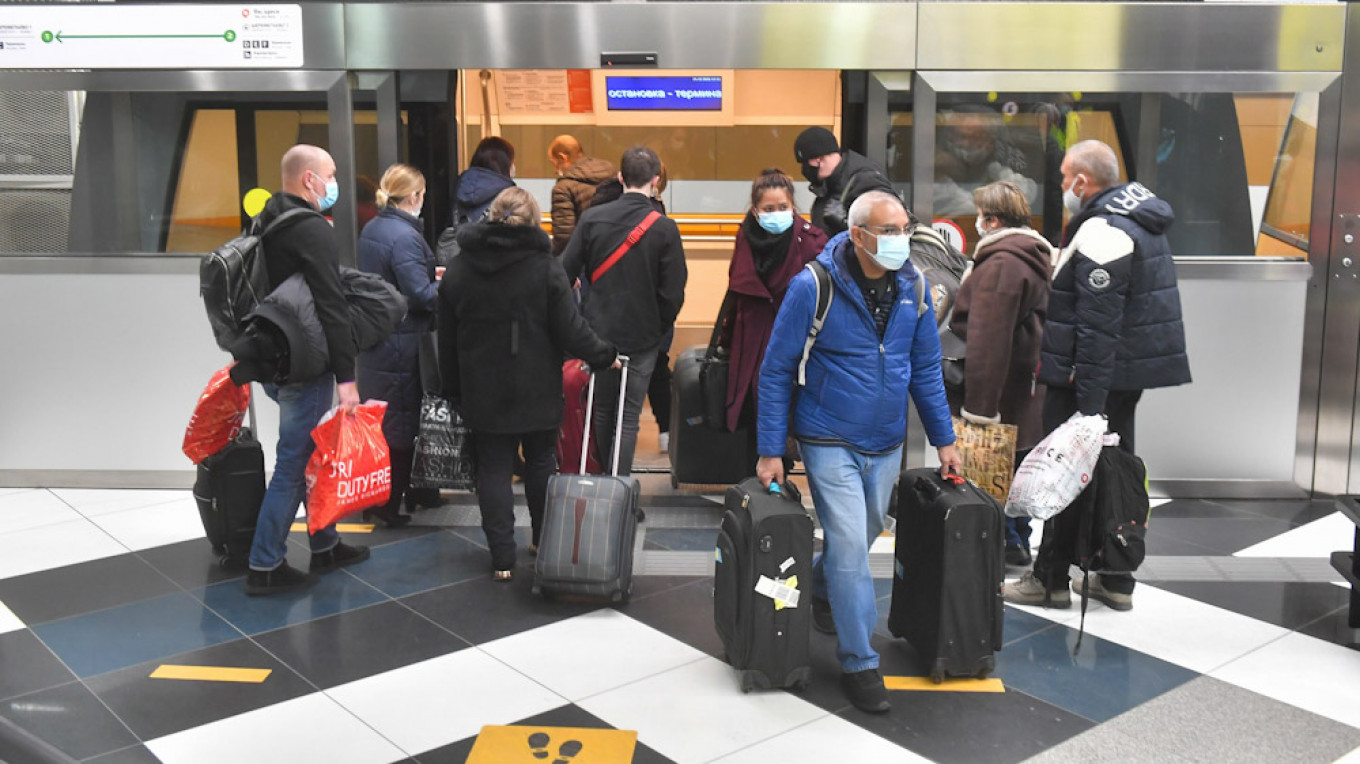 Russia will impose a 14-day quarantine requirement on individuals arriving from the U.K. starting Dec. 26 due to the spread of a more-contagious coronavirus strain in southeastern England, state consumer protection watchdog Rospotrebnadzor has ordered.

All arriving passengers with the exception of aircraft crew members must self-isolate at home for 14 days after entering Russia, Rospotrebnadzor head Anna Popova said in the decree published Friday.

Russia previously suspended flights with Britain for one week amid worldwide fears of the new Covid-19 mutation, which is up to 70% more infectious than previous variants. Flights are expected to resume on Dec. 26.

More than 40 other countries suspended flights with Britain after the country imposed a strict lockdown in London and southeastern England ahead of the Christmas holiday in an effort to slow the virus’ spread.

The World Health Organization has called on countries to take action to stop the spread of the more transmittable version of the virus, which first appeared in Britain in September. The WHO said that the mutation has also been spotted in the Netherlands, Denmark and Australia.