Russia Is Importing Thousands of Cows From Europe 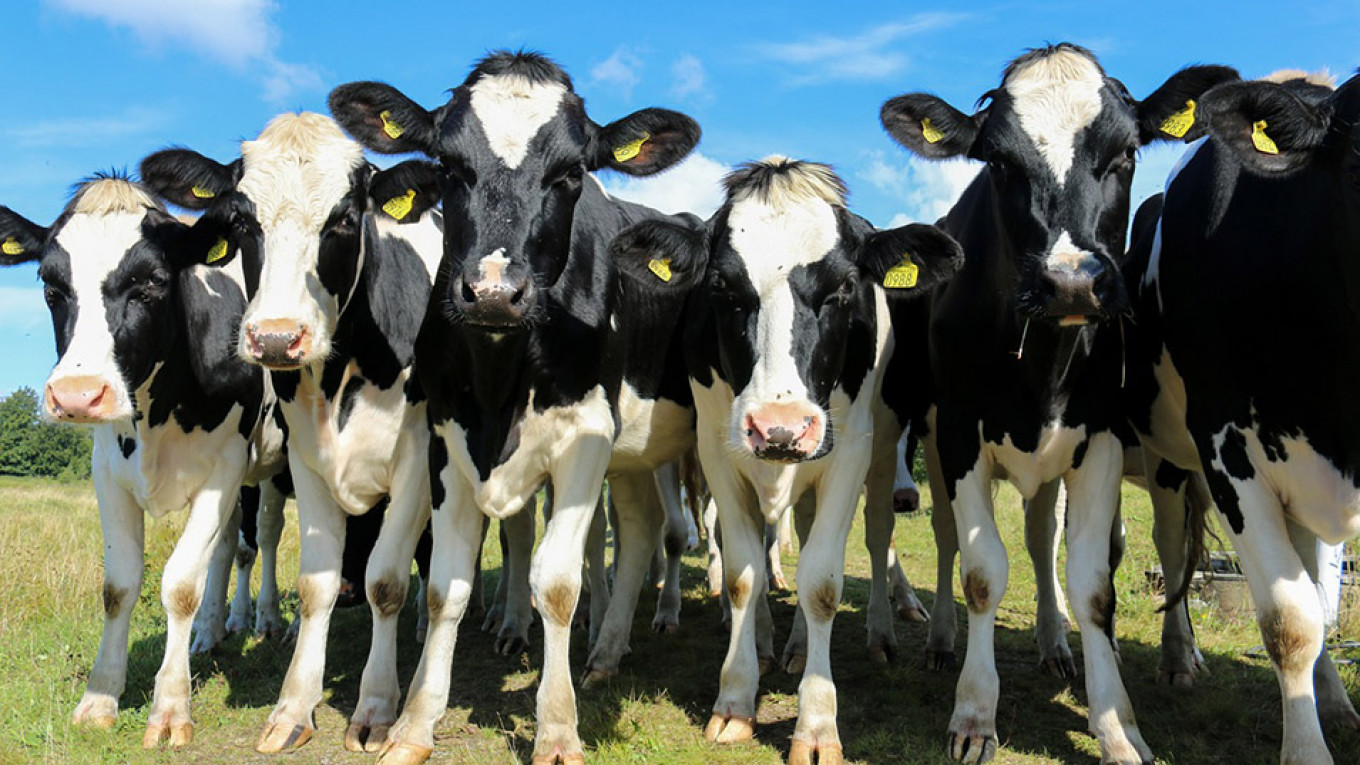 President Vladimir Putin is on a mission to wean Russia off foreign food and modernize the dairy industry, where milking is still often done by hand. To do that, he’s getting help from Europe.

Five years after the food embargo banning Dutch gouda and Italian parmesan, Russian companies are trucking in thousands of black-and-white holsteins from across the border to state-of-the-art milking parlors built with German and Swedish engineering. Russia is now the biggest importer of cows from the European Union and its flagship milk company is German owned.

It’s part of an ambitious government plan to transform Russia from a major milk importer to self sufficiency within eight years. In the longer term, Russia has set its sights on selling milk to the biggest market of all: China.

Whether or not that’s achievable remains to be seen, but Russia has a track record of pumping money into the agriculture industry through a system of state subsidies, discounted loans and farm rebates. The country is now self-sufficient in poultry and pork after government programs funding new investments and dominates the global wheat industry.

So far this year, Russia has bought 45,000 heifers worth about 100 million euros from the EU, according to customs data. It’s likely to be the biggest importer for a second year in a row. Those figures are double the level from 2016.

Since Russia banned the import of European food in retaliation for Crimea-related sanctions in 2014, the dairy industry has attracted more than 200 billion rubles ($3.1 billion) of investment, based on estimates from the National Dairy Producers Union.

Duerr, who hails from Germany and started out as an intern on a pig farm during the last months of the Soviet Union, said Ekosem-Agrar is rapidly expanding. The company opened eight new dairy facilities this year and increased its milking herd sevenfold to 80,500 animals since 2012.

It’s reaping the benefits of generous subsidies. Ekosem-Agrar can access bank lending at interest rates of 2.5%, compared with the Russian central bank’s key rate of 7%, Duerr said. The government also offers refunds of 25% on investments in large industrial farms.

“We are looking not only at China, but also at other Asian countries like Korea, Vietnam, Indonesia, Arabic countries and some African countries,” he said.

Steel and transport billionaire Vladimir Lisin, Russia’s fourth-richest tycoon, also announced last month that he’s getting into dairy. He plans to spend as much as 18 billion rubles ($280 million) on building farms and a processing plant.

But there’s still a long way to go before Putin can claim he doesn’t need foreign milk. Many farmers have been slow to adopt modern dairy infrastructure and older Soviet-era farms are dying out.

While Europe and the U.S. have refined dairy cow genetics for decades to maximize milk production, Russia’s herd hasn’t kept pace. In 2017, the country’s dairy yields were less than half those of the U.S., according to the United Nations’ Food and Agriculture Organization. Almost a third of the country’s milk comes from household farms with a few backyard cows or companies using outdated technology, according to Ekosem-Agrar’s Duerr.

Russia has to build more factory-style operations with strict quality controls to turn milk into products like cheese and butter, the union said. To be considered self sufficient, farmers needed to produce 36.3 million tonnes of milk in 2018. That’s 19% more than current production levels, according to dairy union estimates.

“Milk production is one of the sectors in Russian agriculture that’s in great need of further investment,” said Artyom Belov, general director at the dairy union. “It has a big potential for development.”