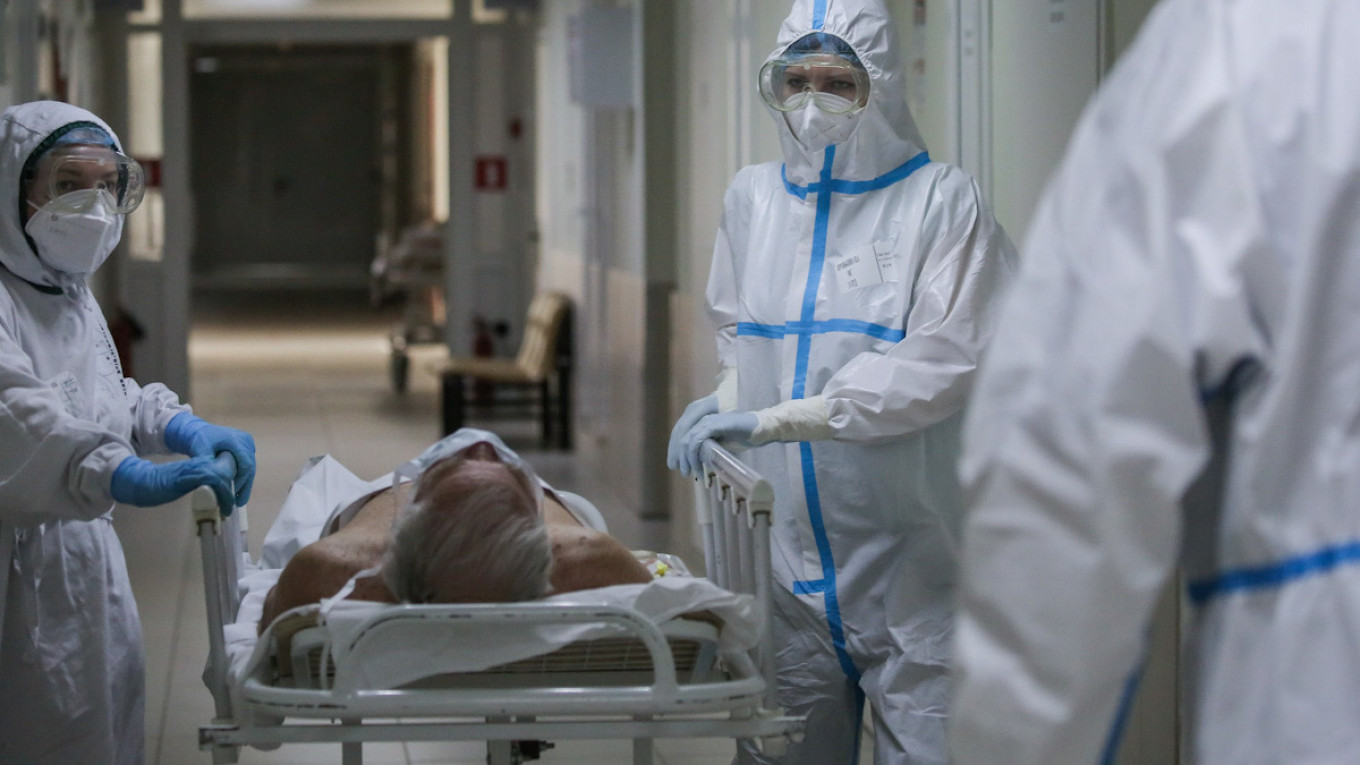 Russia recorded more than 47,000 excess deaths in October — the sharpest monthly rise in fatalities since the start of the coronavirus pandemic — according to official statistics published Thursday.

It was the single most deadly month in Russia for more than a decade — surpassing the previous high set in August 2010, when devastating wildfires swept across much of the country, killing tens of thousands.

Between March and the end of October — the last date for which such data is available — Russia recorded just shy of 165,000 excess deaths. Less than half have been accounted for by Russia’s official Covid-19 fatality numbers.

Rosstat said 22,761 people with coronavirus or suspected coronavirus died during October — but added that in almost 40% of cases, the infection was not deemed to be the cause of death, or did not play any role whatsoever in the fatality.

That counting methodology runs against World Health Organization (WHO) advice, and only partially explains the huge increase in mortality.

Many regions recorded a spike in deaths of at least 50% compared to the same month last year, as areas outside Moscow have been hit hard by the second wave of the coronavirus. Nationwide, since the start of the pandemic, Russia has recorded 13.7% more deaths than last year.

The country is still recording record numbers of infections — just under 30,000 a day.

Deputy Prime Minister Tatiana Golikova warned Thursday that fatality levels were likely to rise even further in the final two months of the year.

Russia saw a record 677,535 official infections in November — 53% more than in October. But due to the lengthy delay in publishing fatality statistics, nationwide information for November will not be available until 2021. A handful of regions have already independently published information. Four of the six showed sharp increases in deaths during November. Fatalities in Novosibirsk, for instance, rose by a quarter, and came in at almost twice the level as last year.

In Russia’s case, independent statisticians recommend comparing fatalities with 2019 numbers, rather than averages of the last five or ten years. This is because Russia has seen rapidly declining mortality rates over the last decade, so figures from recent years can be a more reliable indicator.

Russia’s coronavirus statistics have been heavily criticized by independent voices since the start of the pandemic. The country has continued to record tens of thousands of extra fatalities unaccounted for in the official tally.

Even a narrow reading of the new October numbers, considering only deaths where Covid-19 was deemed to be the main cause, shows Russia recorded more than double the number of fatalities that were originally claimed in daily updates by the national pandemic response task force.

Demographers and staticians suspect most countries hit hard by the pandemic are possibly underestimating its deadly impact in official statistics. But the difference between all-cause excess deaths — seen as the gold standard for estimating the impact — and those officially attributed to the coronavirus is significantly higher in Russia than the U.S., U.K., Italy and Spain.