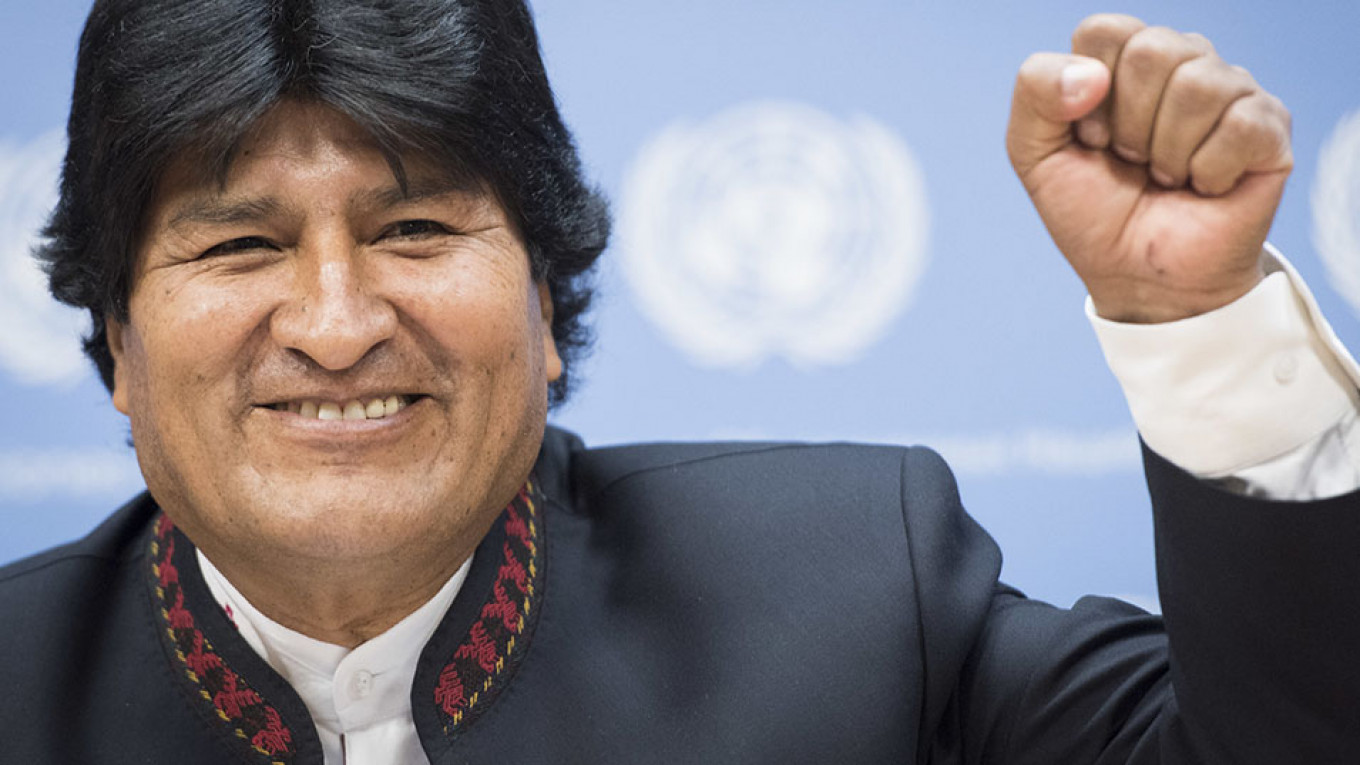 The support, which focused on pumping out hostile social media campaigns against Morales’ critics, was orchestrated by political consultants close to Rosatom, Russia’s state nuclear agency.

Proekt said that amid polling which suggested Morales would not make it past the first round of the presidential ballot, Rosatom pulled together a team of strategies to support his floundering campaign. Russian authorities reportedly feared a loss for Morales could threaten the assets and business interests of Rosatom and other state-owned companies such as Gazprom and Rostech in Bolivia.

The 10 Russian consultants, who had previously worked on state Duma elections for candidates of Russia’s ruling party United Russia, were sent to Bolivia in early June. Over the summer, they advised the president’s campaign on social media tactics, pushing-out pro-Morales messages and running so-called black PR campaigns to discredit his opponents.

Sergei Kiriyenko — the former head of Rosatom and now head of President Vladimir Putin’s domestic agenda inside the presidential administration — was reportedly the Kremlin’s point-man on the operation.

Morales has visited Russia on a number of occasions during his 13 years as Bolivian President. Most recently he was awarded an honorary doctorate by the Russian Peoples’ Friendship University in July, and had meetings in the Kremlin with both Vladimir Putin and the head of Rosatom Alexei Likhachev, Proekt reported.

The Russian advisers left La Paz on the eve of last Sunday’s elections, which have sparked ongoing protests across the South American country after Morales’ main opponent Carlos Mera raised concerns about fraud in the vote-counting procedure.