Russia, U.S. Team Up Against Abortion at UN 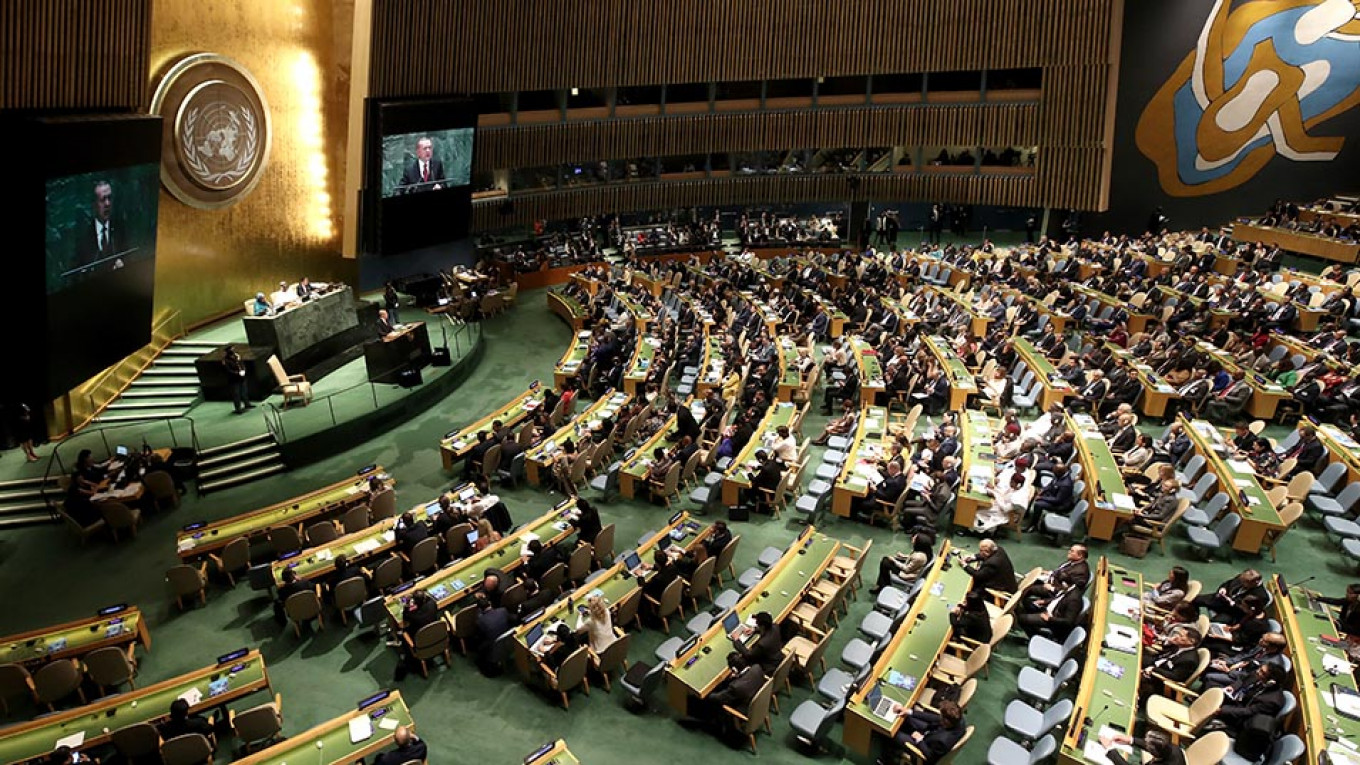 Russia, the United States and 17 other members of the United Nations have banded together to try to purge abortion- and reproductive health-related language from the international body’s terminology.

The UN adopted a universal health care declaration Monday which included “the need to ensure universal access to sexual and reproductive health care services and reproductive rights.” Russia has the second-highest abortion rate in the world after China, though its anti-abortion movement has gained momentum in recent years as the Orthodox Church has gained political influence.

A total of 19 countries including Russia have signed on to the U.S. anti-abortion statement.

A coalition of Western powers fought to preserve the language on reproductive rights against the “completely isolated” U.S. earlier this month.

In July, Azar and State Secretary Mike Pompeo boasted of having a “broad and diverse” coalition that oppose “ambiguous terms and expressions [which] cause confusion and have become associated with anti-family and pro-abortion policies.” The coalition included Saudi Arabia, Brazil, Indonesia and Iraq, among other countries.

Hungary, Belarus, Sudan and Yemen have also signed on to the U.S. statement delivered by Azar on the sidelines of the UN General Assembly on Monday.