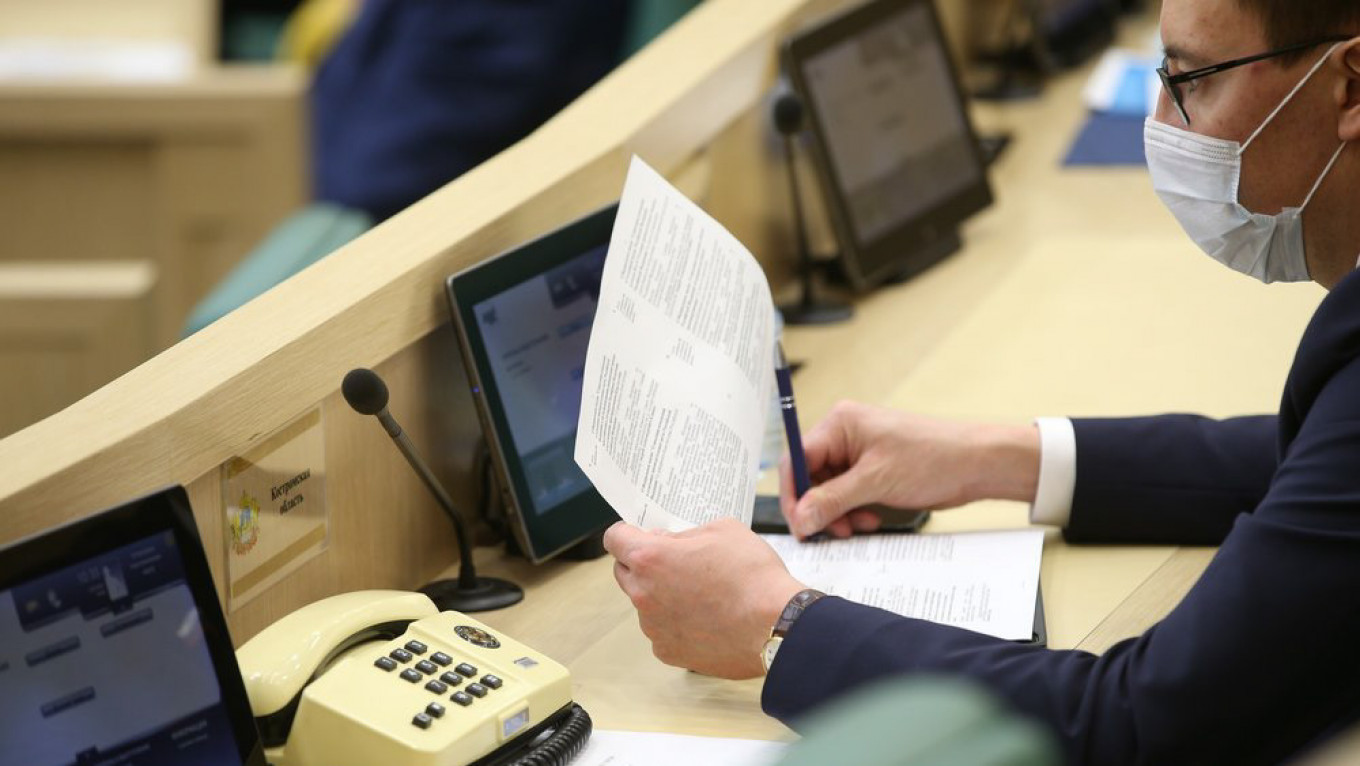 Russian rights activists on Thursday condemned draft legislation including a significant expansion of who can be labelled a “foreign agent” as a new clampdown on dissent.

Critics say the new legislation is meant to further limit Russia’s opposition ahead of next year’s elections for the Duma.

A law was first passed in 2012 giving authorities the power to brand NGOs and media organizations as foreign agents, a term that has Soviet-era undertones.

If they receive money from abroad these groups must register with the Justice Ministry, label publications with the tag and submit detailed paperwork or face fines.

The law has widened in scope in the years since, most significantly last year when it was expanded to include individual journalists and bloggers.

Under the proposed changes, any individual could be deemed a foreign agent if they receive any material or monetary support from abroad, or from organizations already deemed foreign agents.

The law would also ban those individuals from holding municipal government positions.

Verkhovsky said the language of the legislation is so broad that support from overseas could mean simply attending an event organized by a group with foreign funding.

The other bills criticized by the rights group include one that would ban consecutive single-person pickets, the workaround that activists have used for Russia’s requirement on approval for public gatherings.

Another would give authorities the right to regulate educational material under legislation activists said was so broad that it could include social media posts.

The bills must still pass three readings by the Duma and an upper house Federation Council vote, as well as obtaining President Vladimir Putin’s signature, to become law.

Lawmakers have proposed next Tuesday as the date for the first reading of the foreign agents bill, while the others are still pending.

U.S. Vows to Prevent Any Russian Invasion of Ukraine
December 4, 2021