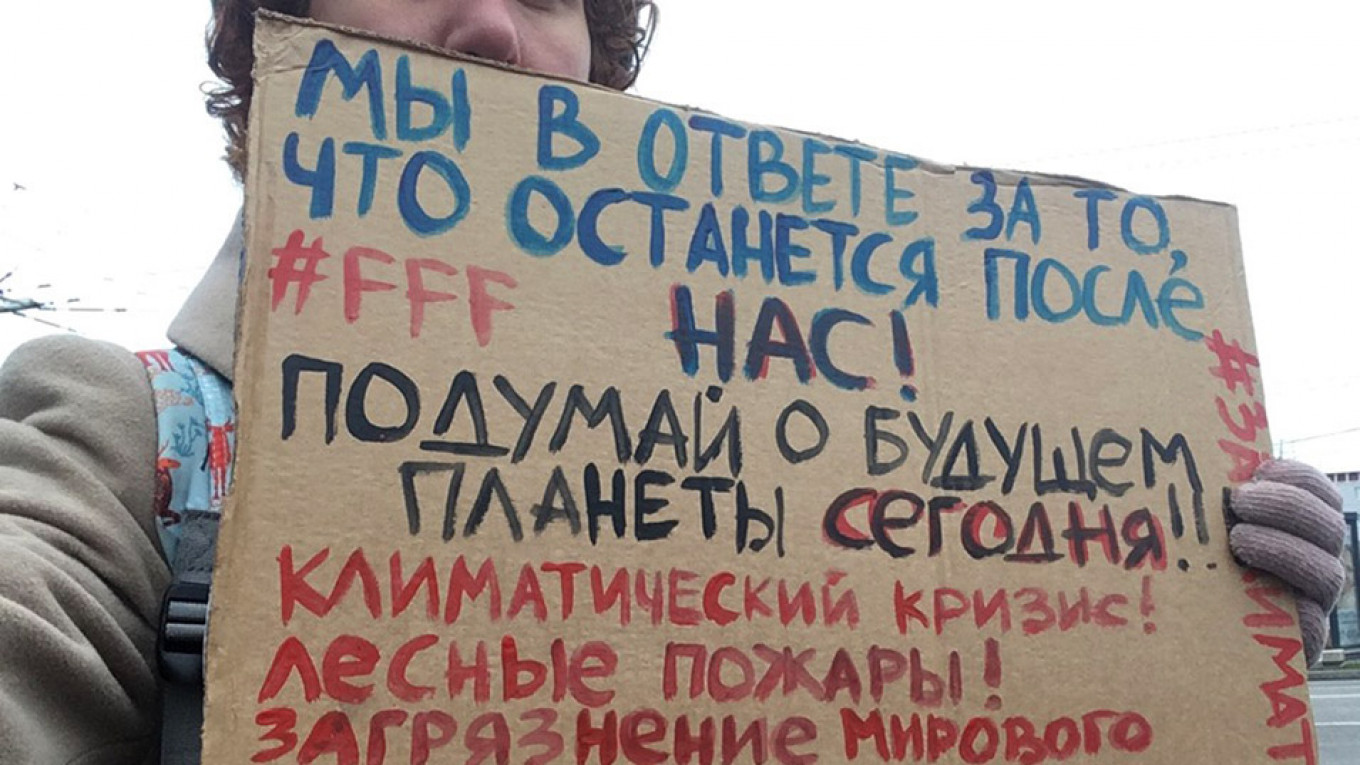 People identified as Federal Security Service (FSB) officers have questioned an eco-activist in Russia’s Arctic city of Murmansk ahead of Friday’s authorized Climate Strike protest there, the activist has said.

Russia was largely absent from the Global Climate Strike last week, where 4 million people in 200 countries took to the streets calling for global leaders to take action against the climate crisis. The latest round of protests builds on last week’s marches by millions of children worldwide and will culminate in a rally in Montreal, Canada, where teenage activist Greta Thunberg is scheduled to speak.

“FSB officers came to my job after the working day to ask me about a picket on the topic of climate,” activist Maria Bogdanova wrote on Facebook.

“If something happens at the picket, you’ll have problems,” Bogdanova said they told her Thursday evening after her rehearsal at a puppet theater.

Murmansk was among 20 Russian cities including Moscow scheduled to join the Global Climate Strike on Friday. However, Bogdanova said she planned to cancel the rally due to a scheduling conflict, to which one of the men reportedly responded that she needs to make an official announcement.

Students and workers walked out of schools, shops and offices in nearly every country last Friday to call for action against what they see as a looming environmental catastrophe.

Russia signed a government resolution this week on the 2015 Paris Agreement to tackle climate change, a step toward ratifying the accord.