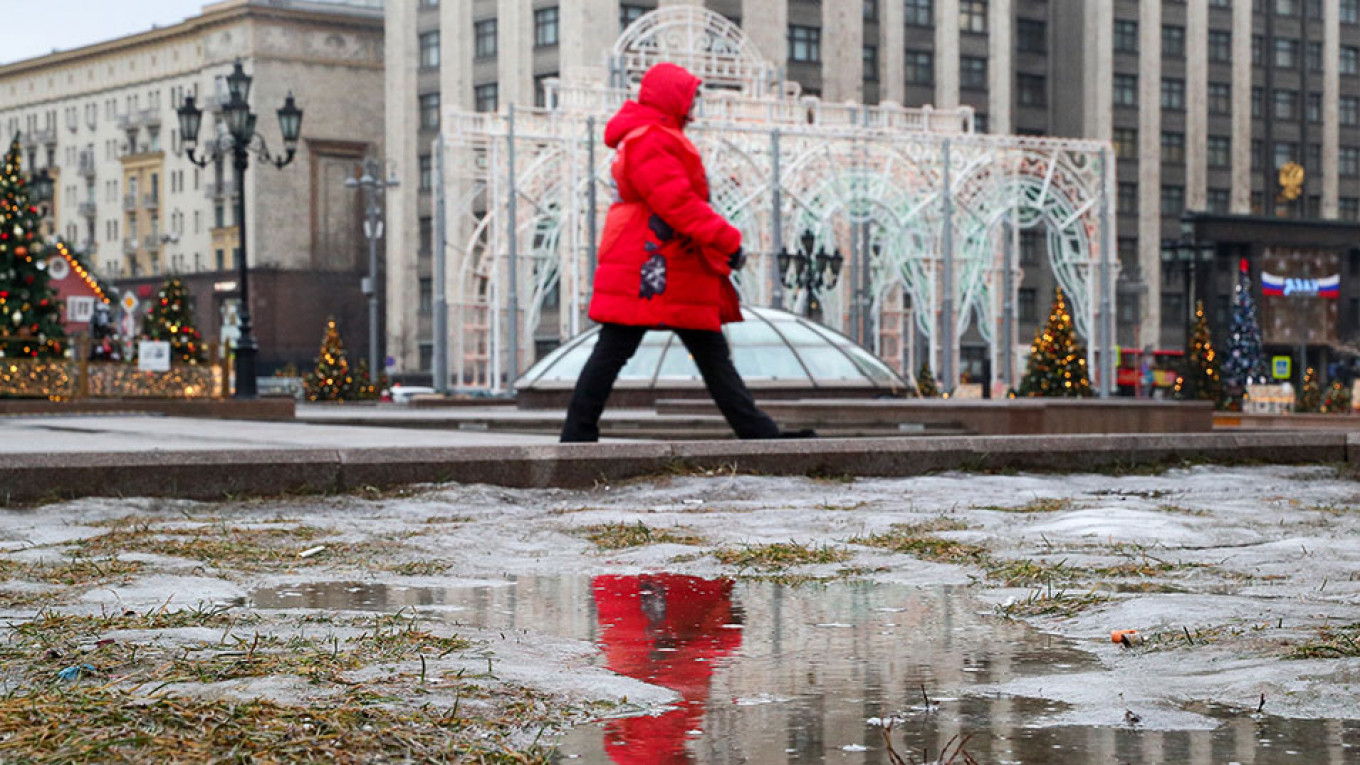 Update: January temperatures across all of Russia were the second-hottest in the country’s recorded history, the Federal Meteorological Service said Wednesday.

Scores of cities across Russia including Moscow and St. Petersburg have experienced the hottest January in their recorded histories, an official at Russia’s meteorological center said Monday.

The latest record comes after 2019 was declared the hottest year on record in Russia. Moscow and some parts of Russia have been reeling from an unusually warm winter, which meteorologists have attributed to an atmospheric front from the Atlantic Ocean.

“It is obvious that the weather has jumped to a different temperature level,” Wilfand told Interfax, noting that such anomalies happen “extremely rarely.”

In Moscow and St. Petersburg, January temperatures were 9.4 degrees Celsius above the monthly norm, the Fobos weather center said Sunday.

“The two capitals haven’t seen such warmth in the entire history of weather observations,” it said in an online statement.

“For the first time, the average temperature was above zero [degrees Celsius] in Moscow and St. Petersburg,” Fobos said.

Another 70 cities also experienced the hottest January in their history, the weather center added.