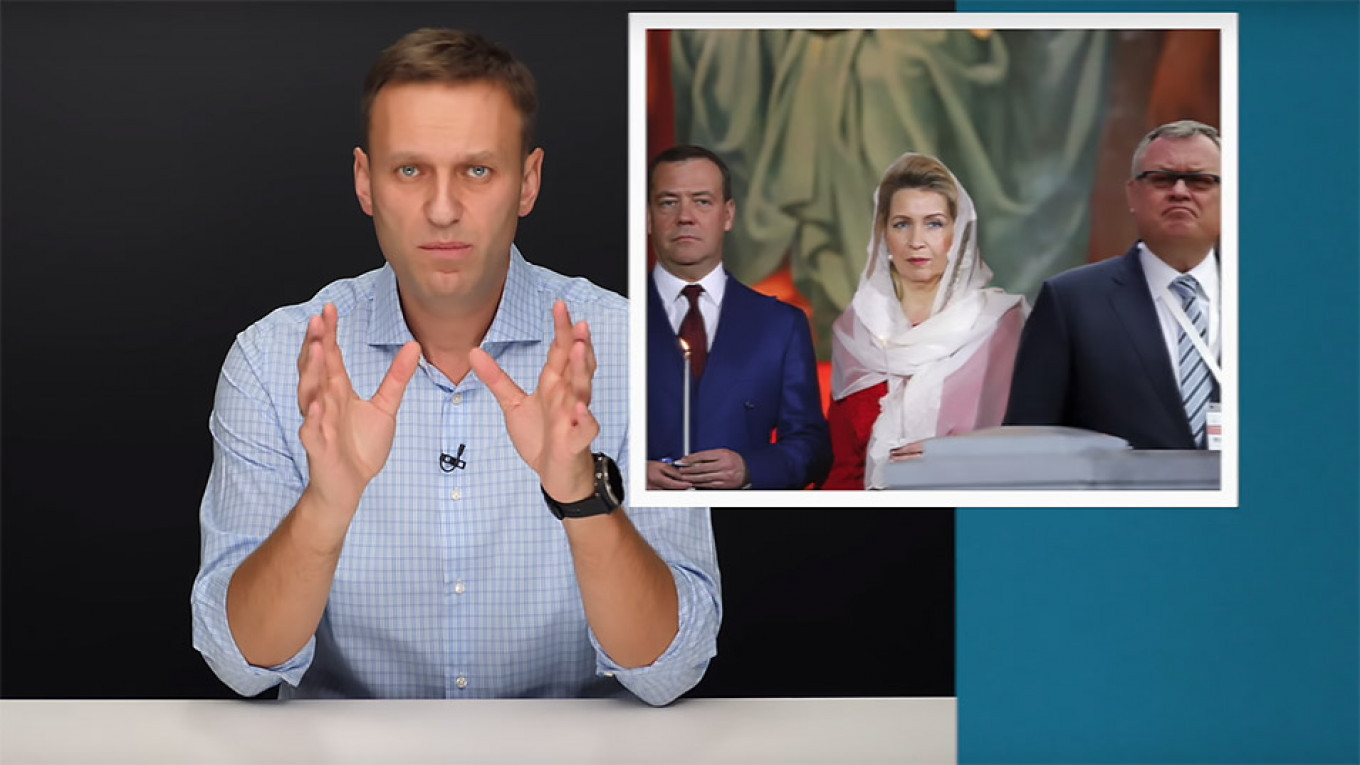 Russian judges on Tuesday slapped the anti-corruption group founded by Kremlin critic Alexei Navalny with fines and convicted its director for refusing to delete a film about President Vladimir Putin’s top ally.

The film is an expose which accuses former prime minister Dmitry Medvedev of controlling a huge luxury property empire.

Published in 2017 by Navalny’s FBK anti-corruption foundation, it has been viewed on YouTube over 35 million times.

A court in 2017 ordered parts of the film deleted when it ruled in favour of a lawsuit lodged by billionaire Alisher Usmanov, who is mentioned in the film.

A Moscow court ruled that FBK director Ivan Zhdanov failed to comply with the ruling, punishing him with a fine of 100,000 rubles ($1,380), Zhdanov posted on Twitter.

The ally of Navalny said he had expected the punishment to be more severe.

“The worst thing about this punishment is having the criminal conviction itself,” he said after the ruling.

“However if somebody needs [me] to have a conviction for our film to be on YouTube, our best investigation on corruption… so be it.”

In separate rulings earlier Tuesday, another court also fined FBK for violating Russia’s controversial law on ‘foreign agents’ — legislation under which many non-governmental organisations have been prosecuted since 2012.

Russia last year ruled that the foundation, which investigates corruption among Russian elites, is a ‘foreign agent’ arguing it had received money from abroad for political activities and must label all of its material with the denigrating term.

The foundation argued that it had promptly returned unsolicited donations made from abroad, calling them a provocation.

The group has been  hit with regular fines since the ‘foreign agent’ ruling, and the two issued Tuesday amount to 600,000 rubles (about $8,300).

A top critic of the Kremlin, Navalny has a national network of supporters many of whom have been targeted in police raids or had their accounts frozen over the past year.