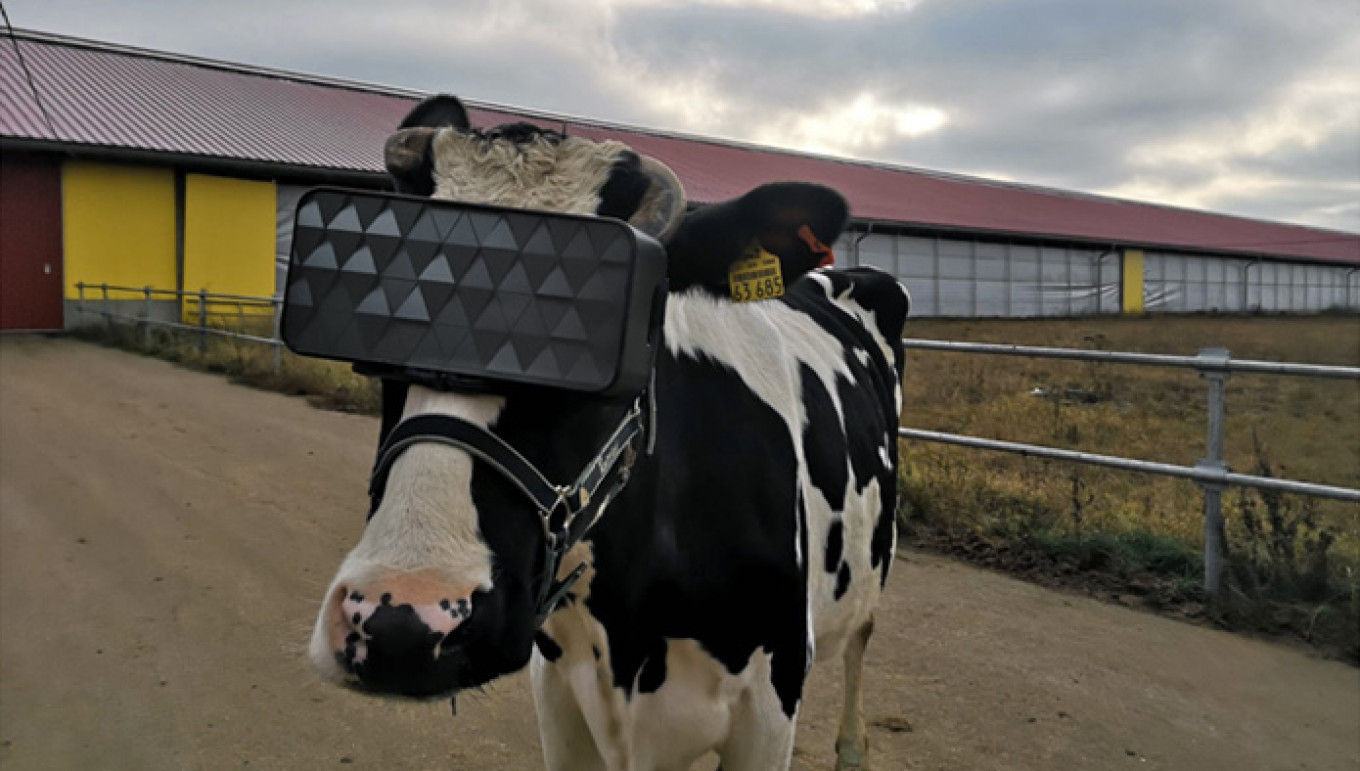 The grass is greener in a virtual world.

That’s what Moscow region farmers were aiming for when they fitted their dairy cows with virtual-reality headsets to test their milk production.

The second phase of the experiment, it said, will evaluate the VR-wearing cows’ milk production.

The farmers worked with developers and veterinarians, and relied on cattle-vision research, to “create unique software simulating a summer field.”

The administration published a photograph featured a Holstein Friesian wearing a black headset on an overcast day, presumably gazing at a green pasture.

Interfax reported that the experiment was conducted on a farm in Krasnogorsk northwest of Moscow.

It added that local manufacturers plays classical music “whose soothing effect has a positive effect on milk flow.”

The developers plan to expand the VR experiment, it said, if observations continue to show positive results.