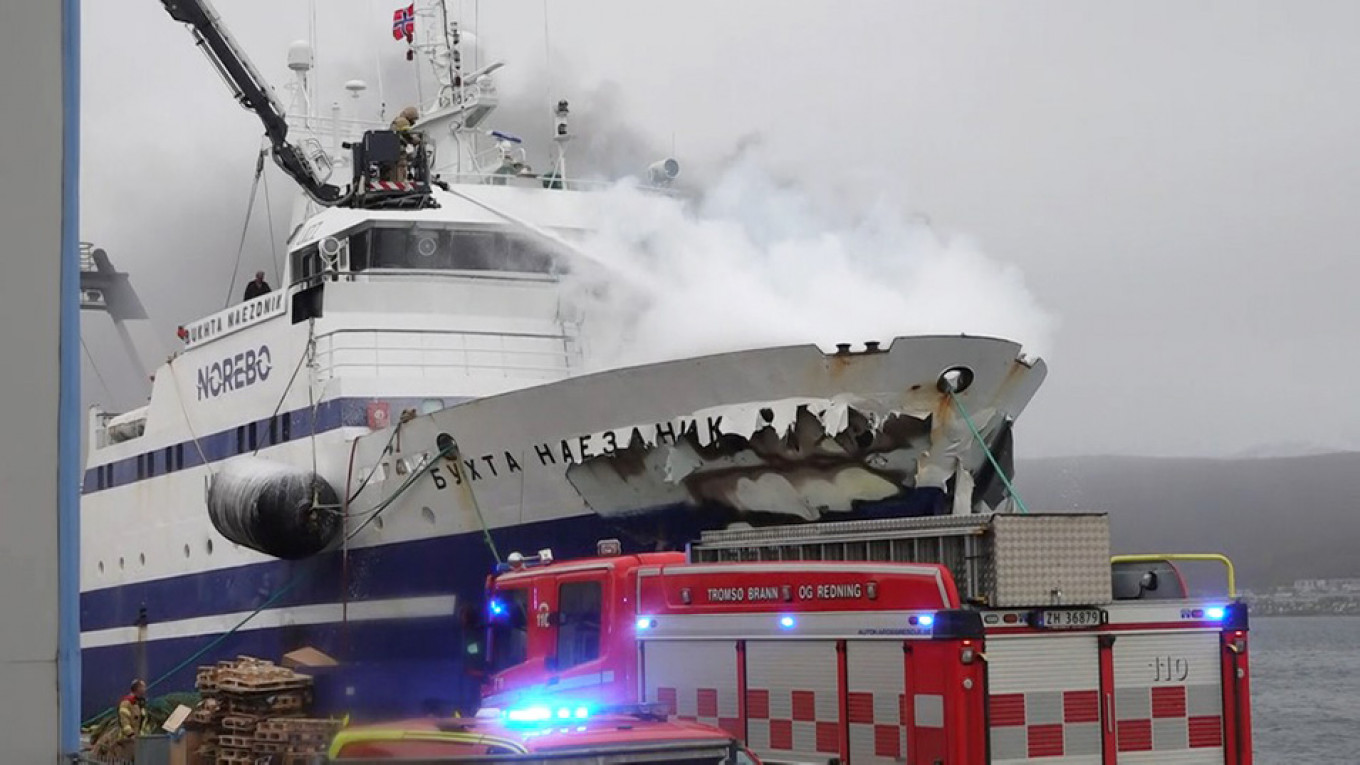 A Russian trawler has caught on fire in the northern Norwegian port of Tromsø, local police said Wednesday.

Twelve out of 29 crew members have been sent to the hospital for smoke inhalation, Norway’s NRK broadcaster reported.

The Maritime Bulletin news outlet, which identified the trawler a the Bukhta Nayezdnik, said 27 people have been taken to hospital for possible smoke inhalation.

Negligence during welding work is suspected to have caused the fire, Russia’s consul in the border town of Kirkenes, Igor Lapitsky, told the RBC news website.

Tromsø police have asked residents to keep windows closed to avoid being exposed to smoke.

The incident comes a day after 363 out of 412 people were evacuated from a Russian fish factory in the Pacific.