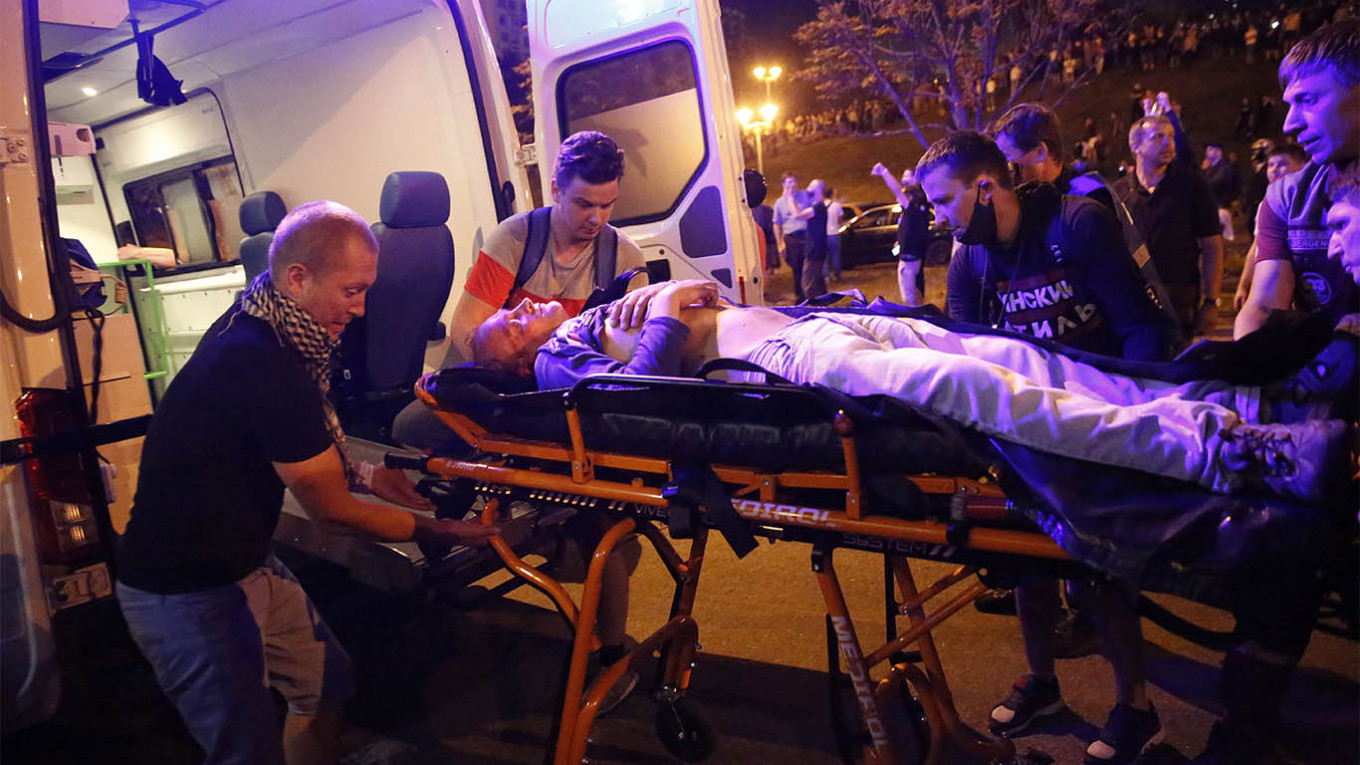 Several Russian journalists have been detained, deported or have gone missing in Belarus ahead of and during Sunday’s highly contested presidential election.

Police detained 3,000 people for taking part in unauthorized post-election demonstrations in Minsk and other cities, the Belarusian interior ministry said in a statement Monday. Fifty civilians and 39 police officers were injured in clashes in the capital, the ministry said as rights groups decried the harsh police crackdown that saw stun grenades and rubber bullets used against protesters.

Long-serving incumbent Alexander Lukashenko claimed victory, while his main challenger Svetlana Tikhanovskaya said the vote had been rigged and called on him to give up power.

Here is a list of at least 11 Russian journalists who have been jailed, expelled or are still missing in Belarus following the overnight unrest:

Russia’s Foreign Ministry said the journalists lacked accreditation to work in Belarus. The opposition-leaning news channel’s chief editor said they had submitted the required paperwork on time and were working while waiting for their accreditation.

Polonsky, Romensky and Antipov returned to Russia after Belarusian authorities issued a deportation order against them and banned them from entering the neighboring country for the next five years.

Law enforcement officers clubbed and detained Starkov and Lasenko during the late-night clashes in Minsk, the Daily Storm reported.

The news website said it has lost all contact with Starkov and Lasenko as of early Monday.

Russian diplomats are said to be attempting to secure their release.

Daily Storm’s Starkov reported that authorities have “badly beaten” Solopov, who was also covering the unrest in Minsk.

Meduza said its editors and Solopov’s family were still unable to locate him 12 hours after his reported beating.

Cameras have presumably captured Belarusian authorities dragging and detaining Pegov, who runs the popular Telegram channel WarGonzo, while he was unconscious late Sunday.

Pegov’s whereabouts have been unknown since then. On Monday evening, Belarusian journalist Konstantin Pridybaylo appeared to have located Pegov in a Minsk detention center.

Pegov faces five to eight years in jail for “destabilizing the situation,” according to the Baza Telegram channel.

Authorities beat and detained Oleynik when he was returning from a Minsk hospital early Monday after reporting on injured protesters.

Oleynik told RIA Novosti mid-Monday that he has been released.

Three stringers for the Russian state-run Ruptly outlet were also detained during the protests.

The Russian Union of Journalists on Monday called on the authorities to release the Russian journalists still held in Belarus. Russia’s presidential human rights council urged the Russian Foreign Ministry to begin talks on releasing and returning the journalists.