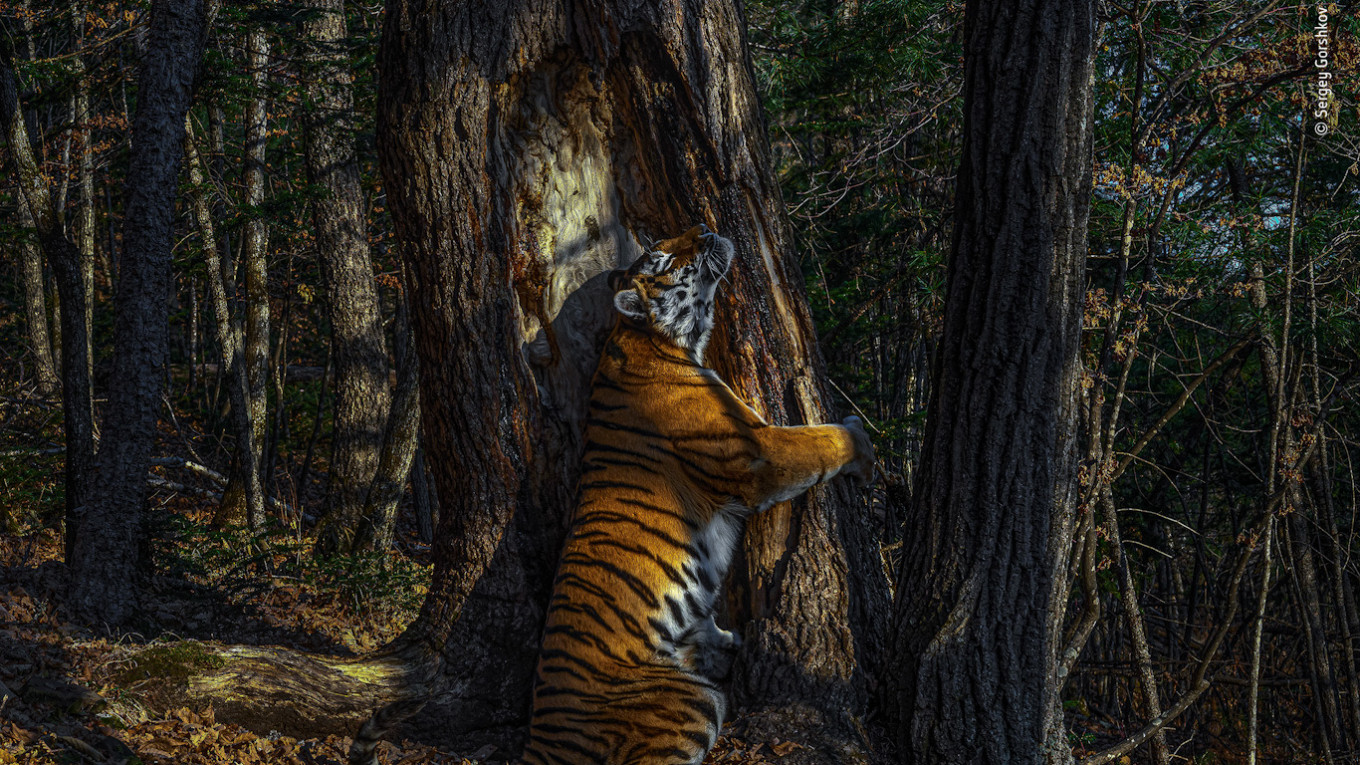 Russian photographer Sergey Gorshkov has claimed the top prize in this year’s Wildlife Photographer of the Year competition with his photo of an Amur tiger, the British Natural History Museum announced Wednesday.

Gorshkov’s winning photo titled “The Embrace” shows an Amur tigress scent-marking an ancient fir tree in the Land of the Leopard National Park in Russia’s Far East. It beat out 49,000 other photos that were submitted to this year’s competition.

“It’s a scene like no other, a unique glimpse of an intimate moment deep in a magical forest,” the chair of the judging panel Roz Kidman Cox told the Natural History Museum.

Amur tigers, also called Siberian tigers, are the world’s largest tiger subspecies and are native to the Russian Far East, northeastern China and North Korea. Once hunted for their exquisite fur, the tigers are now under threat of extinction. Only about 500 of these big cats live in eastern Russia today, making the photograph a particularly unique catch.

Gorshkov was able to take the photograph with the help of park rangers, who guided him to a tree marked with tiger hair, odor and claw marks. He left his camera equipped with motion-sensor equipment near the tree for several months. The rangers later identified the animal as tigress number T41F by her unique stripe pattern.

Gorshkov is a world-renowned wildlife photographer from Siberia and a founder of the Russian Union of Wildlife Photographers.

More images from this year’s Wildlife Photographer awards can be found here.