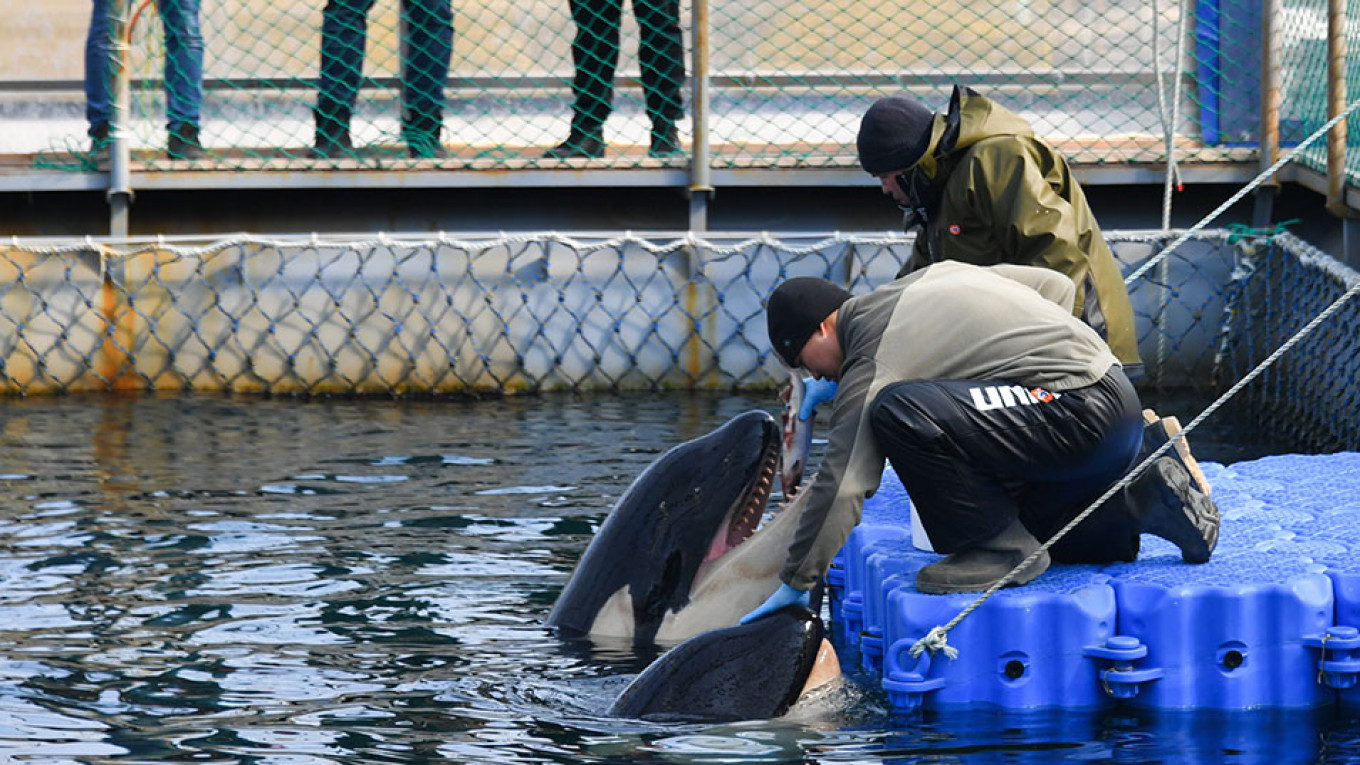 International scientists criticised on Friday a Russian plan to release 10 captive killer whales into the Sea of Japan rather than return them to their original habitat, saying it could endanger the mammals’ lives.

The plight of the orcas, which are being held with 87 beluga whales in cramped conditions in a bay near the port of Nakhodka, triggered an international outcry, with celebrities such as actor Leonardo DiCaprio joining a petition that raised nearly 1.5 million signatures calling for their return to the ocean.

Under increasing pressure, Russia last month signed an agreement with a group of international scientists to release the orcas and the belugas.

But on Wednesday Russian scientists announced that the orcas would be freed by June 10 directly from their holding pens into the Sea of Japan, some 800 miles (1,290 km) south of their original habitat in the Sea of Okhotsk.

International scientists said the plan could harm the orcas.

“It puts the well-being of these orcas at undue risk and compromises their long-term survival,” said Jean-Michel Cousteau, son of celebrated French marine expert and broadcaster Jacques Cousteau.

“We cannot support or participate in this plan,” he said in a statement released by the Whale Sanctuary Project, adding that it could mean the whales would not be able to readapt to life in the ocean and would return to their pens for food.

“(They) may not survive,” said Cousteau, who advocates transporting the whales in seawater tanks to near where they were caught where he says there are associated orcas and belugas and appropriate and available food sources.

The Russian scientists said the orcas could suffer injury and stress if transported back to the Sea of Okhotsk and that such a strategy would be complex and require much more time. They said plans to release the beluga whales were not yet ready.

Four Russian companies captured the orcas last summer in the Sea of Okhotsk with the aim of selling them to marine parks or aquariums in China. After the international outcry, the Kremlin ordered local authorities in the Russian Far East to intervene.

The Kremlin has said Russia has no direct ban on catching whales, but that they can only legally be caught in specific circumstances, for scientific and educational purposes.