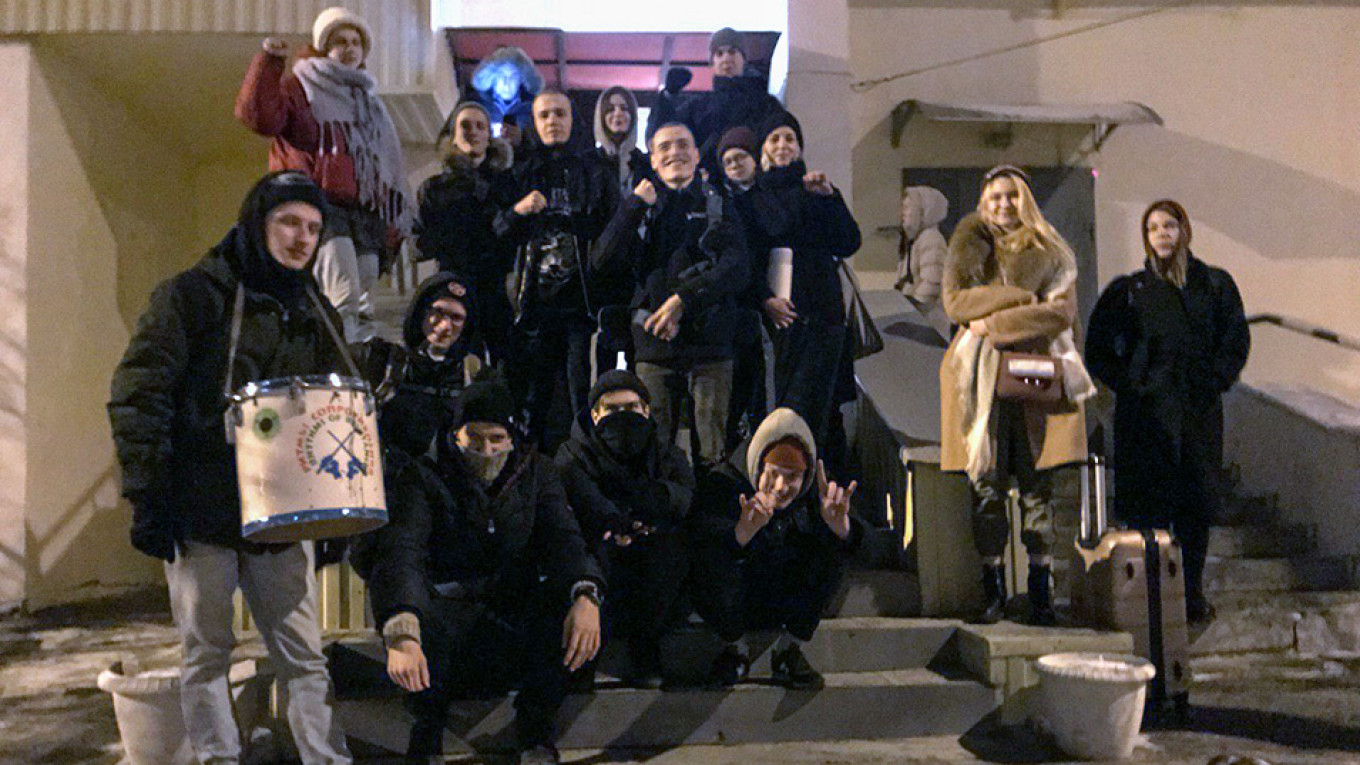 Police in the central Russian city of Penza detained and allegedly pressured a group of activists who had come to support jailed members of an anti-fascist group, Russian media reported Tuesday.

Seven members of the group Set — Russian for “Network” — were sentenced to up to 18 years on terrorism charges in Penza on Monday in a case that observers have compared to a Soviet-era show trial. Olga Misik, Anna Loyko, Sergei Zapolnov and Nikolai Sokolov had come to Penza from Moscow to join other activists in supporting the seven anti-fascists as their verdicts were being read.

Police officers detained the four activists at the Penza train station on suspicion of vandalism and graffiti, the MBKh Media news website reported, citing the police.

Misik wrote that officers had beaten the activists and torn their clothes while they were in custody. The activists were later released without charges, MBKh Media reported.

Vladislav Barabanov, an activist and ex-defendant in the so-called “Moscow Case,” told The Moscow Times that Loyko was punched in the face, her jacket was torn and her mask of Boris Yeltsin was seized by police while in detention.

Around the same time, officers arrived at the apartment where the activists were staying, the independent Moloko Plus news outlet reported. The apartment is rented by a brother of one of the convicted Set members.

Neither the police department nor the Penza Interior Ministry’s press service responded to The Moscow Times’ requests for comment.

The seven members of Set — Russian for “Network” — from Penza were detained alongside four other members in St. Petersburg in 2017. Investigators claim that they planned attacks during the 2018 presidential election and the football World Cup, while rights groups say the case is “fabricated” and based on testimonies extracted through torture.