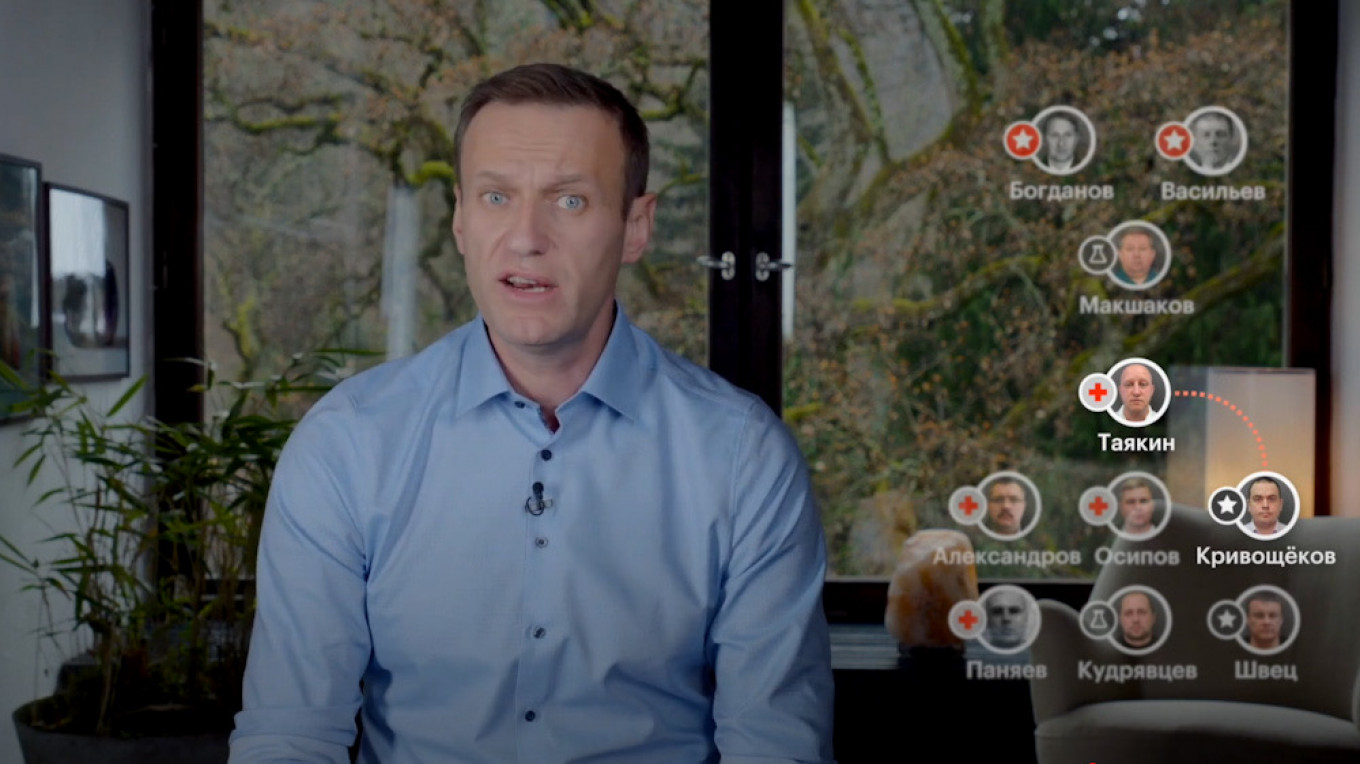 A media investigation claimed this week that Federal Security Service (FSB) chemical weapons experts had shadowed Navalny on more than 30 trips since 2017, including on the day he was poisoned in August 2020.

Putin called the joint investigation by the Bellingcat investigative outlet with CNN and Russian and German outlets “an attempt to legitimize materials from the American special services.” The outlets said they had traced phone records and flight manifests obtained by Bellingcat.

“As if we don’t know that [U.S. special services] trace locations? Our FSB and other security services know this of course, so they use their phones without hiding locations,” Putin said during his annual end-of-year press conference.

The Russian president went on to deny that Navalny, who he only referred to as “the patient at the Berlin hospital,” was poisoned. Scientists from Germany, France, Sweden and the global chemical-weapons body have established that Navalny was exposed to the Soviet-era nerve agent Novichok when he fell into a coma on Aug. 20.

“Who needs him? If someone wanted to poison him, they probably would have finished the job,” Putin said, accusing U.S. intelligence of “pulling a trick to attack” him personally.

The president’s reaction follows dismissals of the Navalny poisoning investigation by Russia’s top diplomat as well as state television pundits.

The latter have claimed that the media report was a joint operation by U.S. and British intelligence and called for an investigation into how the private phone and flight records had been obtained.

Russian officials have repeatedly accused Britain-based Bellingcat of being a Western intelligence front.