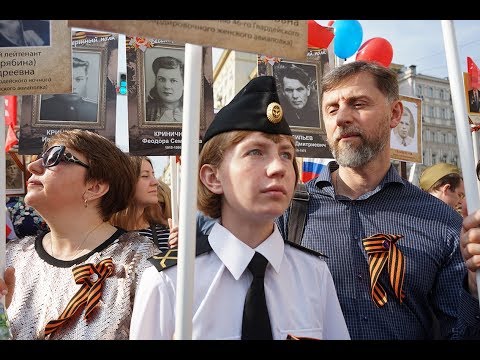 On May 9, millions of people across Russia march in the Immortal Regiment, a movement to commemorate family members who fought in World War II.

We speak with Maria, a 19-year-old girl from Moscow who hasn’t forgotten the story of her great-grandmother, who fought during the war as a “Night Witch.”

The all-women 588th Night Bomber Regiment would approach German military bases at low altitudes, switching off their plane engines so they wouldn’t be heard before dropping bombs on the bases.

Today, Maria is studying in St. Petersburg to become a commercial ship captain. She joined the Immortal Regiment’s Victory Day march in Moscow on Thursday to celebrate her great-grandmother’s service.