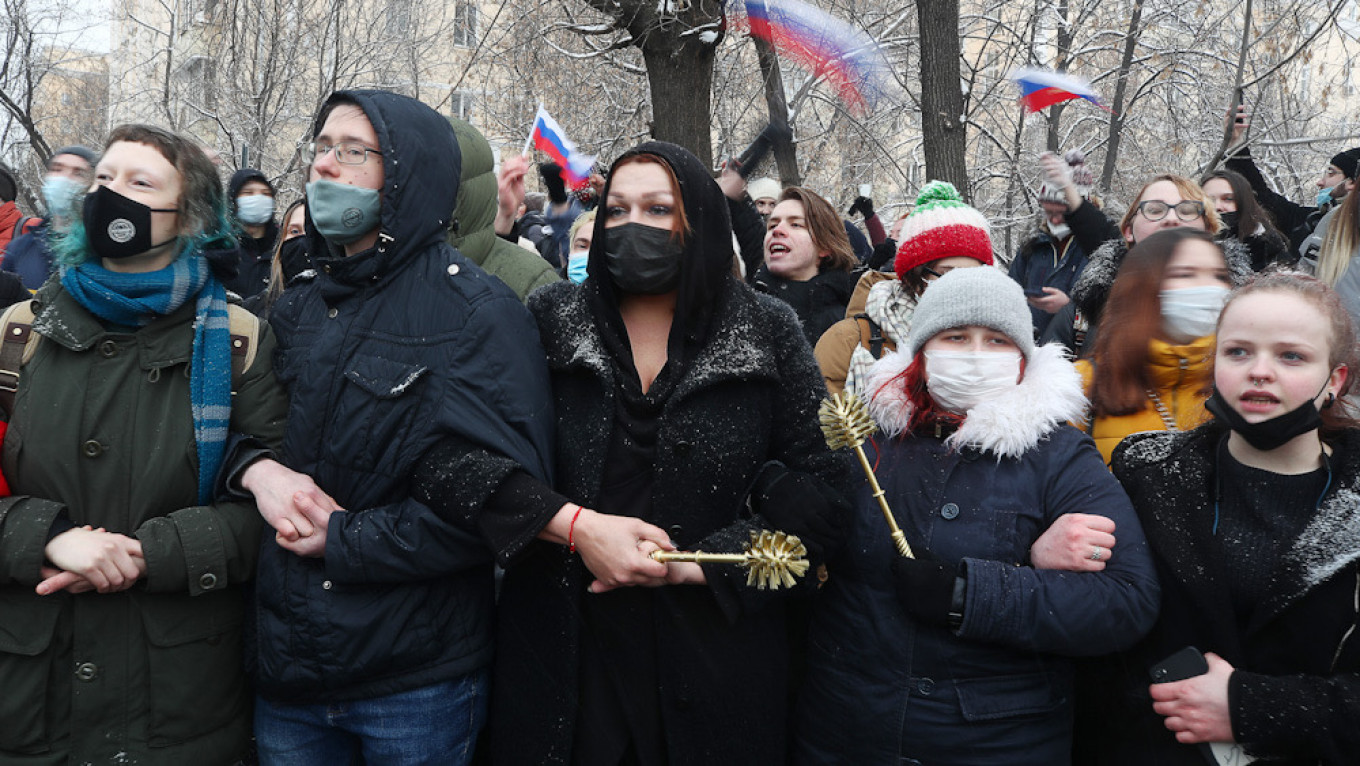 More Russians expect to see new protests than at any other point in the past 23 years while their own willingness to protest continues to decline, according to a survey by the independent Levada Center published Wednesday.

The widening gap follows widespread footage of police violence against peaceful demonstrators at recent nationwide rallies in support of jailed opposition leader Alexei Navalny. Navalny’s allies sought to address fears of more clampdowns by calling for a neighborhood flashmob this Sunday instead of street demonstrations.

According to Levada, 45% and 43% of respondents said they expect political or economic protests to erupt again, respectively — the highest indicators since 1998.

At the same time, only 15% said they themselves would be willing to attend political and 17% economic rallies. The figures mark a decline of at least four percentage points from Levada’s previous survey on protests in November 2020.

The pro-Navalny rallies themselves were some of the highest-visibility events in recent years, with four out of five respondents saying they are aware of the latest demonstrations.

Asked about motives, 43% of the Russian respondents told Levada that people took to the street to express general discontent with the state of affairs in the country. Another 28% called them “paid” protesters, and one-quarter said they were “curious” bystanders who joined their friends.

Fewer than one out of five respondents named Navalny’s detention upon his return from Novichok recovery or his viral video investigation into President Vladimir Putin’s alleged Black Sea palace as motivating factors behind the rallies.

Attitudes toward the protesters were split along traditional demographic and media consumption lines, with older, television-watching Russians more likely to disapprove of them than their younger counterparts who rely on online content for the news.

Among all respondents, two out of five said they view the protesters negatively, compared to one out of five positive views. Another 37% expressed indifference.