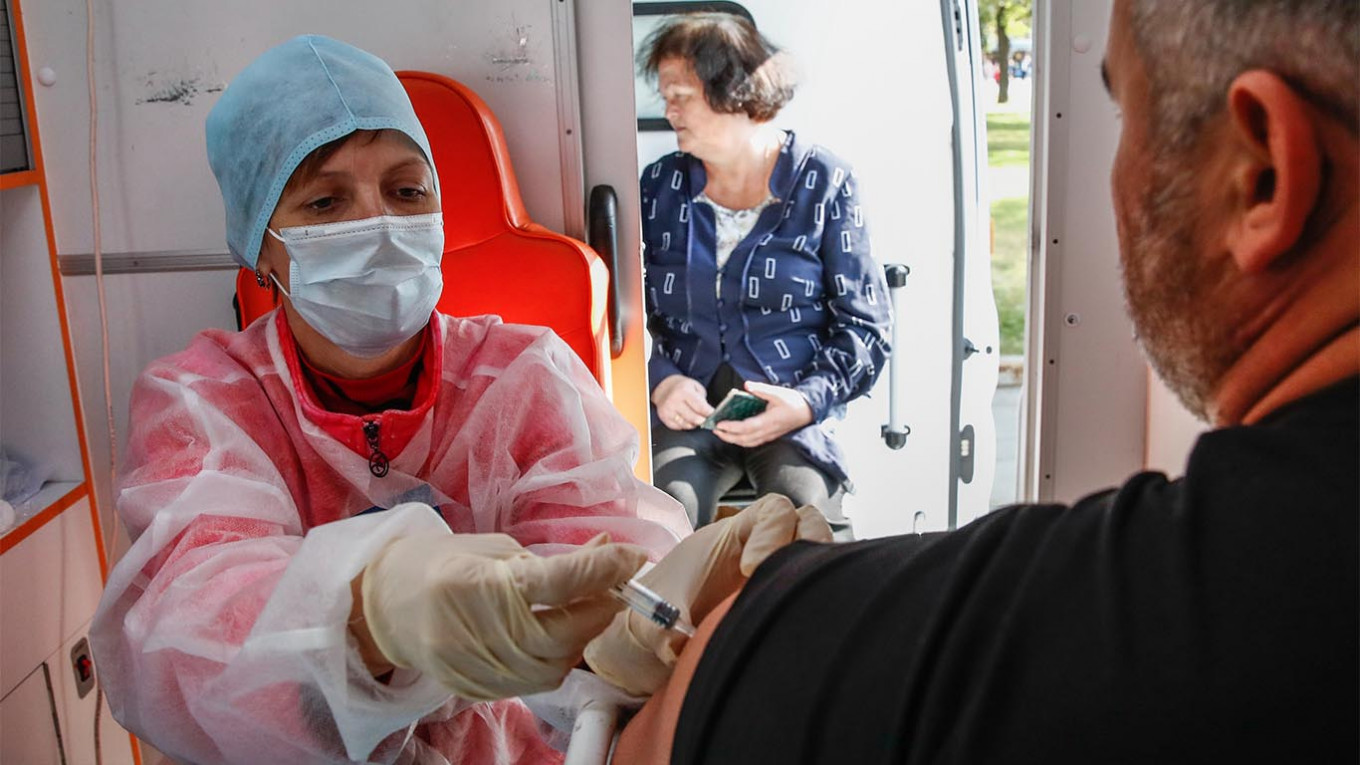 Russia’s second candidate vaccine against the coronavirus is less than a month away from state approval after completing small-scale human trials, the vaccine’s developers have said this week.

The Siberia-based Vektor State Virology and Biotechnology Center concluded Phase 2 trials on 100 volunteers last week, with results due to be published Wednesday. Volunteers were said to be “feeling good” after taking the peptide-based jab called EpiVacCorona.

The Russian government plans to approve EpiVacCorona sometime around Oct. 15, Interfax reported, after which Vektor will begin large-scale trials on 5,000 volunteers.

“After the vaccination cycle, the next revaccination will be required no more than once every three years,” Maksyutov said in a preview of a state television documentary about Covid-19 vaccines published Thursday.

Russia’s first coronavirus vaccine, Sputnik V, was the first in the world to receive government approval last month, and large-scale post-registration trials are currently underway on 40,000 volunteers. Its developer has said that booster shots for Sputnik V would be required every two years.

Russia’s number of new Covid-19 cases has seen a gradual rise from below 5,000 per day in mid-to-late August to more than 6,000 in the past five days.

More than 1.12 million cases have been officially confirmed in Russia, the fourth-highest number of infections in the world.

The Vektor laboratory complex, based in the Siberian city of Novosibirsk, conducted secret biological weapons research in the Soviet era and stockpiles viruses ranging from Ebola to smallpox.