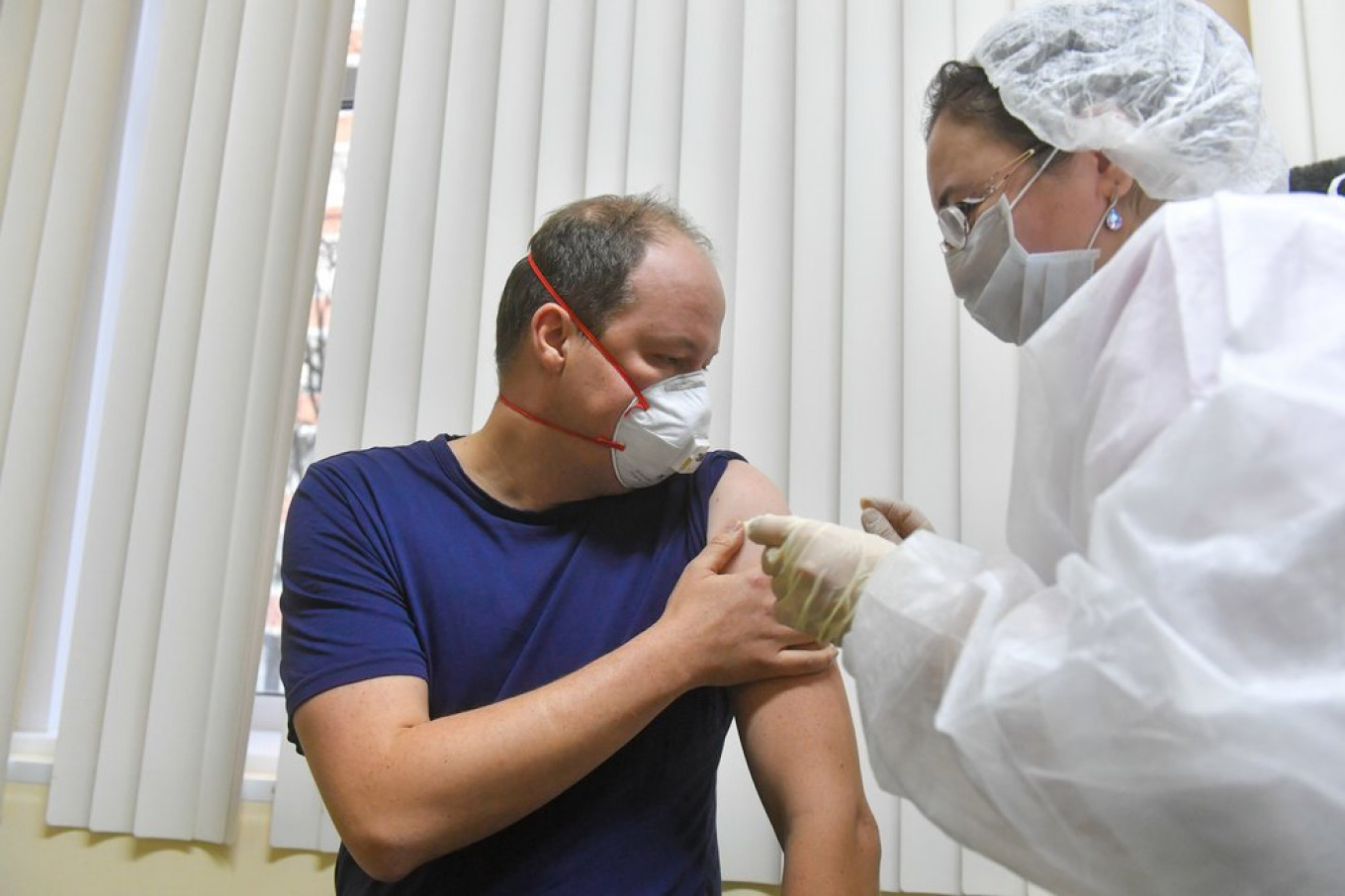 The state-run Gamaleya National Center of Epidemiology and Microbiology in Moscow that developed Sputnik V said the data was obtained 21 days after volunteers received the first dose of the two-shot vaccine. The latest 91.4% figure is lower than its previously reported effectiveness of 96.2%.

Data obtained at the third and final control point will be published in the near future in a “leading international peer-reviewed medical journal,” Gamaleya said.

The statement added that developers will use this data to seek accelerated registration for the vaccine in other countries.

The Russian-developed Sputnik V has drawn skepticism at home and abroad after it was rushed through government approval before the start of its large-scale Phase 3 trials. In September, scientists from several countries signed a note of concern over possible data manipulation and statistical anomalies in its Phase 1/2 data published in medical journal The Lancet. Its developers defended their research, saying that the methods they used to obtain measurements give only rough values, not exact numbers.

Phase 3 trials of the adenovirus vector-based vaccine will involve 40,000 volunteers in Moscow. About 26,000 volunteers have already been vaccinated in Russia for the Phase 3 trials with “no unforeseen adverse effects documented,” the Russian Direct Investment Fund that is funding Sputnik V’s development reported.