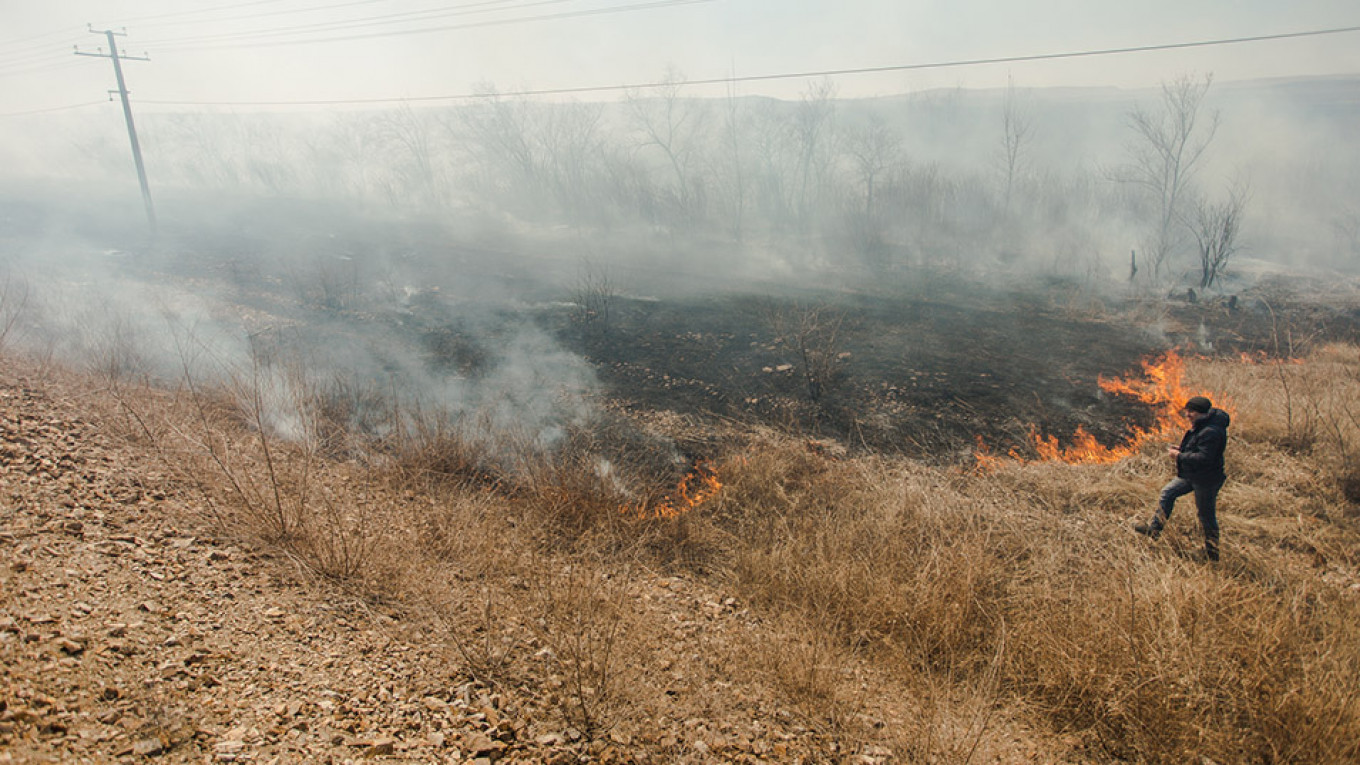 At least 36 people were injured and nearly 650 left homeless in Zabaikalsky region, while almost 12,000 pets and livestock animals were killed in the flames. The Emergency Situations Ministry said the fires were likely caused by open grass burning, in some cases swept in from China and Mongolia and in others due to short-circuits or burning landfills.

A shepherd who had been hospitalized with burn injuries on April 14 was pronounced dead on April 20, the regional health administration said almost a week later Thursday.

Eight other victims are in recovery, it added.

During his stop in Chita on the way to the Far East capital of Vladivostok for the North Korean summit, Putin ordered Osipov to draw up a disaster relief package by May 10.

Osipov said he plans to ask for public funding to pay out the victims by June 15, restore the land to habitable levels by July 1 and rebuild destroyed houses by Oct. 15.

April and May are considered wildfire season in Siberia and the Russian Far East. Each spring, Zabaikalsky region declares a state of emergency as a precaution against the fires.