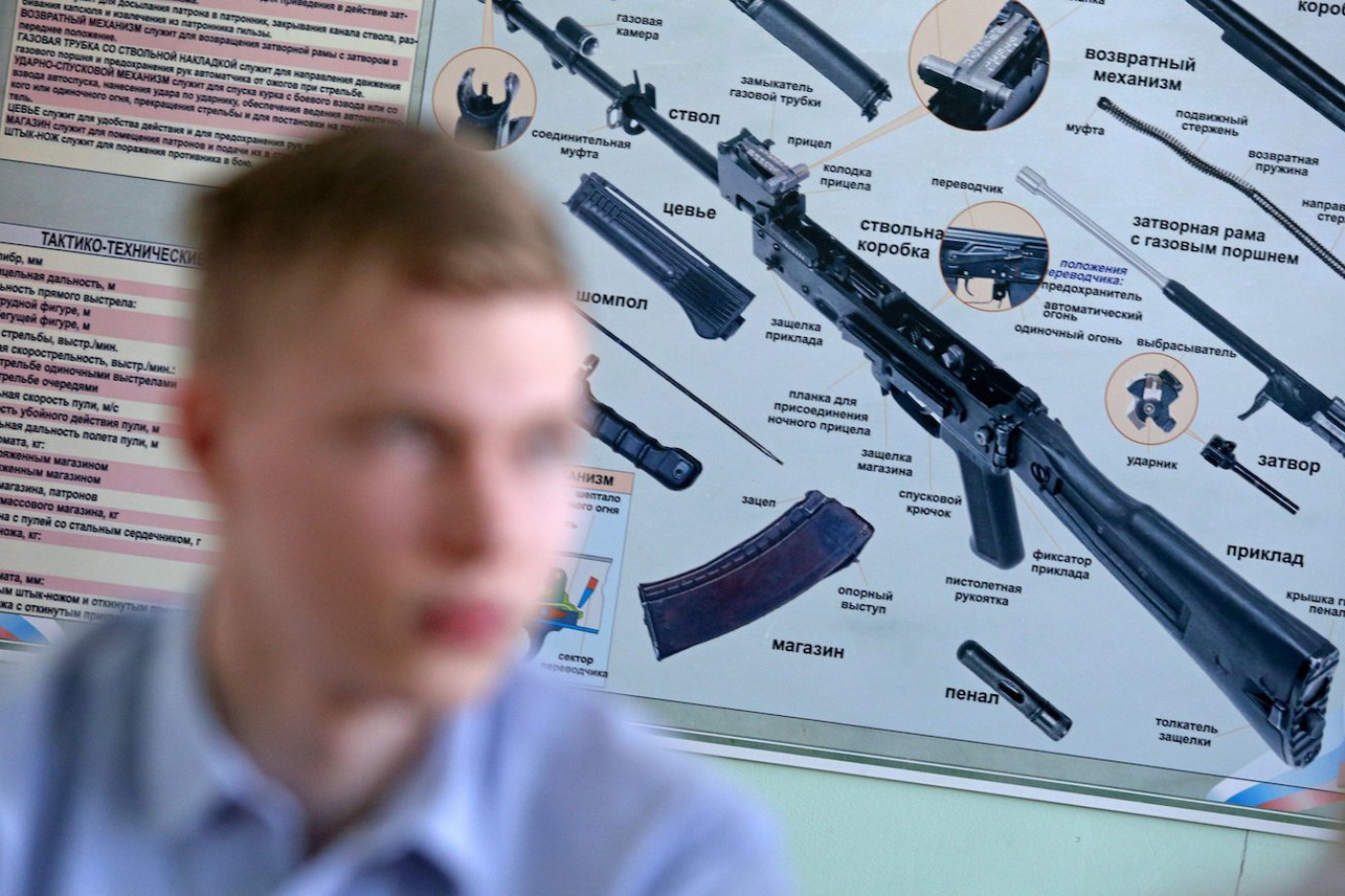 A school in western Siberia has been fined for shocking children with a hostage-taking simulation during class, the Kommersant business daily reported Friday.

A national scandal erupted last month when footage showed fifth-graders cowering under their desks as masked men stormed their classroom. The school later explained that it staged the act to mark Russia’s day of solidarity in the fight against terrorism, which was established in the wake of the Beslan school siege.

Prosecutors in the Tyumen region town of Ishim told Kommersant the school was found guilty of violating the children’s right to education.

The school principal was fined 10,000 rubles ($130) and the school itself 50,000 rubles ($650), it reported. The vice principal and the health and safety teacher during whose class the incident occurred, as well as Ishim’s deputy education chief, were merely reprimanded.

Kommersant reported earlier that prosecutors had also warned the head of Ishim in connection with the incident.

Regional education authorities have said that the school warned students that “strangers” would be attending the health and safety lesson that day. Most students were said to be unfazed by the incident, though at least one student sought medical assistance afterward.

Kommersant reported that cadets played the role of “terrorists” during the Sept. 4 class. Following the simulation, regional education authorities tightened controls to avoid similar incidents in the future.

This is at least the second known hostage-taking simulation dedicated to the September 2004 Beslan school siege that led to the deaths of over 300 adult and child hostages.

In 2018, National Guard troops and Cossacks staged a hostage-taking and releasing operation in front of applauding parents in the Yekaterinburg region.