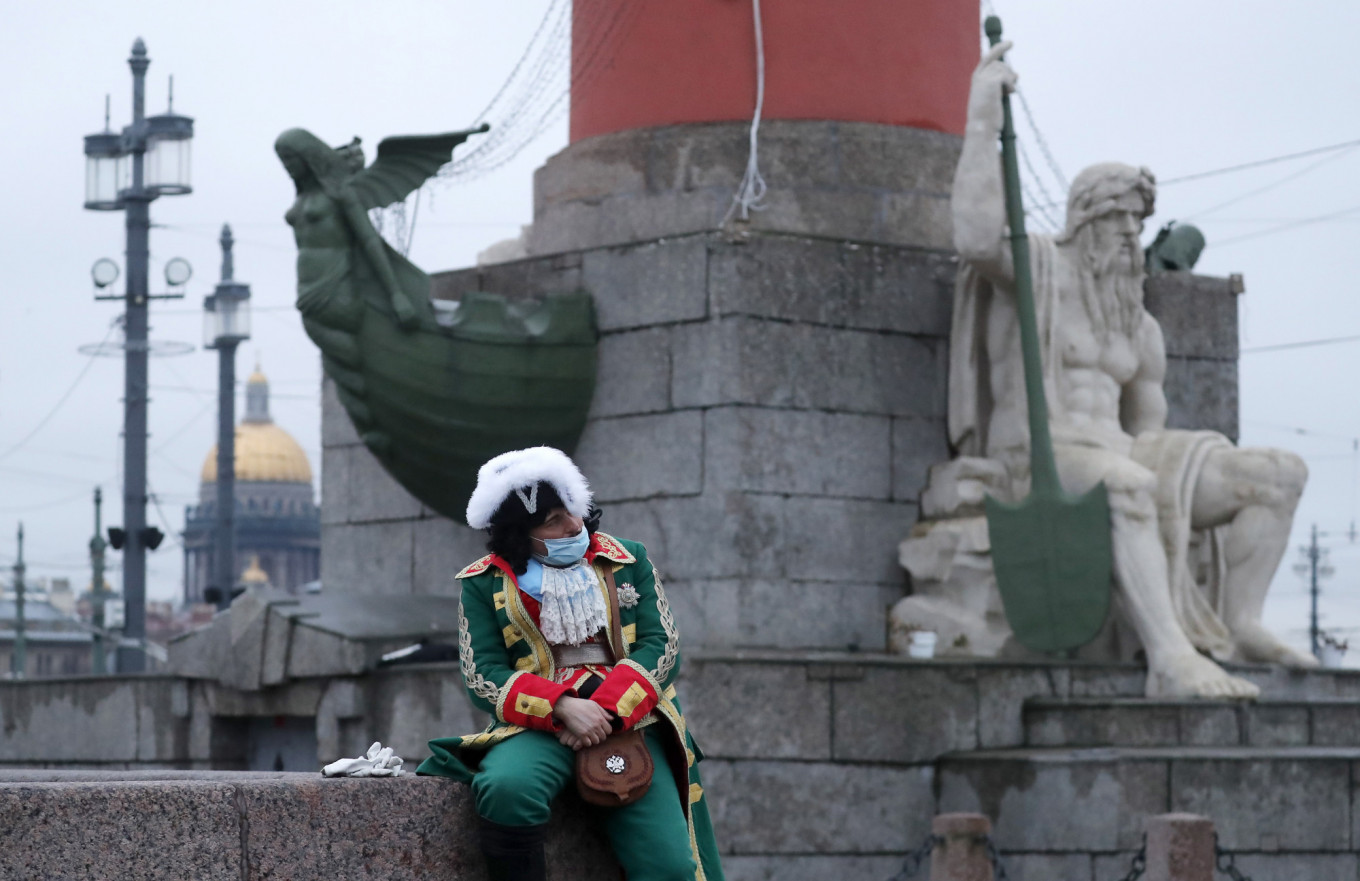 Russia’s second city St. Petersburg registered a record number of virus deaths on Tuesday as authorities warned of an imminent lockdown and shuttered restaurants for the New Year’s holidays.

St. Petersburg — one of Russia’s most popular tourist destinations — is struggling with a major health crisis, with hospitals overwhelmed with coronavirus patients but residents flouting social distancing and other measures.

St. Petersburg, Russia’s worst-hit city after Moscow, on Tuesday recorded 3,734 new cases and 86 new coronavirus deaths, a record since the start of the pandemic.

On Monday, St. Petersburg Governor Alexander Beglov warned that the city was close to a formal lockdown as local hospitals were nearing full capacity.

“A time has come for St. Petersburg when very little separates us from a full lockdown,” Beglov said.

He added that the approaching New Year’s holidays should not become a “marathon of spreading coronavirus.”

Last week, St. Petersburg authorities announced new virus restrictions, including the closure of bars and restaurants from Dec. 30 until Jan. 3.

The decision prompted an outcry from local businesses with over 100 bars and restaurants announcing that they will not obey the orders in the absence of any tangible government support.

They published a so-called “Map of Resistance” online, showing locations around the city that will remain open despite government orders.

A statement on the website said that if businesses remain open they will have a “faint chance of survival.”

If the order is observed, around 5,000 bars and restaurants “will die” and more than 100,000 people will become unemployed, the statement said, noting that Christmas markets and festivals in the city will remain open.

The St. Petersburg administration had also ordered the closure of theatres and museums and cancelled any concerts for the duration of public holidays in Russia from Dec. 31 until Jan. 10.

The focus is on New Year’s and Orthodox Christmas which is celebrated in Russia on Jan. 7.

With the holidays approaching and international travel limited, the head of Russia’s health regulator Rospotrebnadzor, Anna Popova, on Tuesday asked Russians to stay at home for the New Year.

Since the start of the outbreak, 5,947 people have died from Covid-19 in St. Petersburg.

Despite the growing number of cases, authorities have shunned a new lockdown, pinning their hopes on the development of a vaccine.