Tens of Thousands Continue to Rally in Fresh Khabarovsk Protest 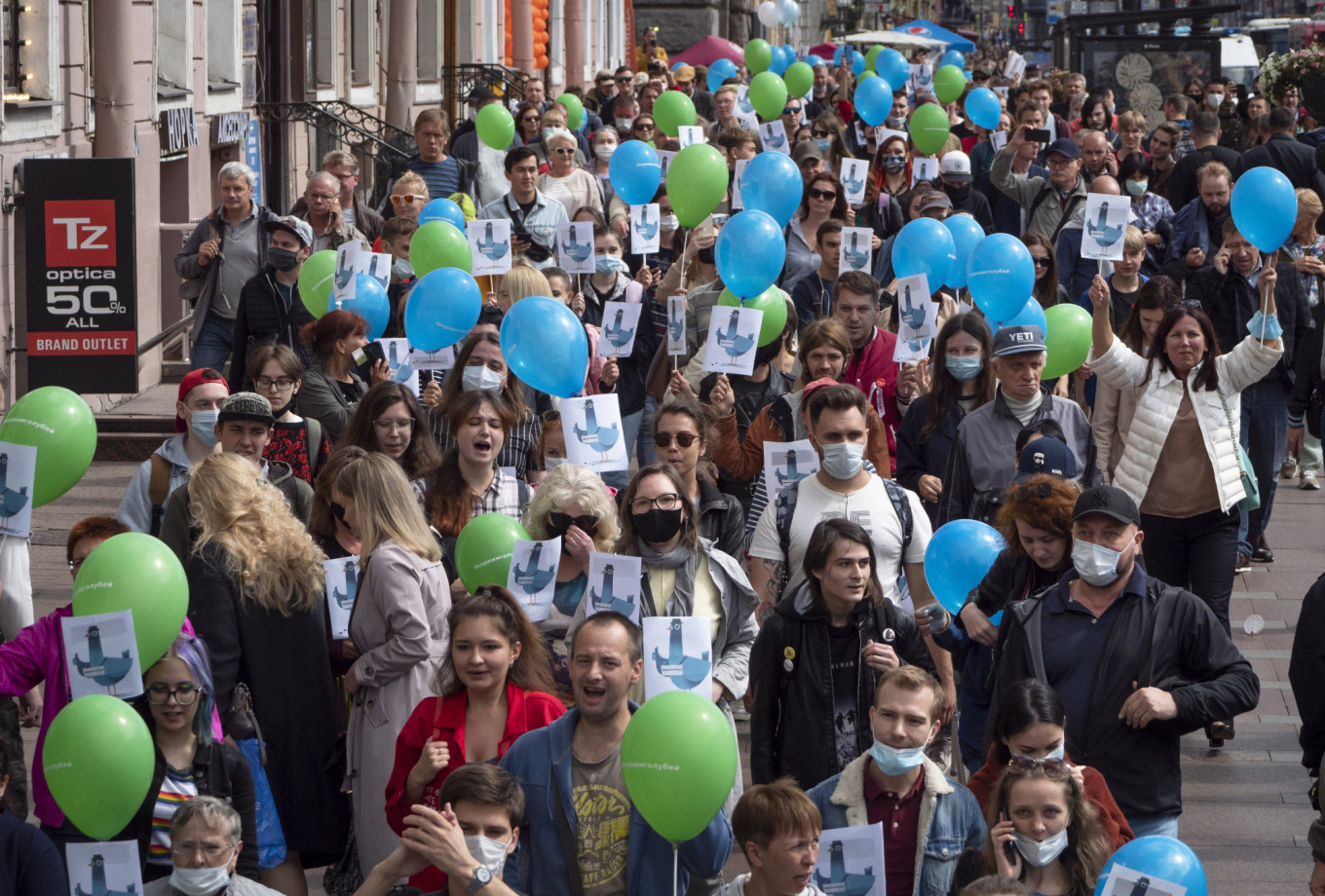 Tens of thousands of people took to the streets in Russia’s Far East for a fifth consecutive weekend as anti-Kremlin rallies showed little sign of dying down on Saturday.

The rallies in the city of some 600,000 people on the border with China is a major show of defiance against Moscow’s policies and present a headache for President Vladimir Putin, observers say.

The demonstrations were sparked by the sudden arrest of Khabarovsk’s popular governor in a murder probe but has since acquired a wider, distinctly anti-Kremlin agenda.

Protesters demand that regional governor Sergei Furgal be either released or tried in Khabarovsk.

Putin last month dismissed Furgal over a “loss of confidence” in his ability to govern and appointed a controversial new official in his place.

Protesters said they were incensed by what they call a blatant disregard for their feelings and opinions.

Elena Ogly, 38, said that the Kremlin should either fulfil protesters’ demand or face a long-term opposition movement.

“We elected him honestly. We love him,” said Ogly, referring to Furgal.

“I think that this will either grind to a halt when the president gives us his answer or will not stop at all,” she told AFP.

Furgal’s supporters say the charges against him are political and payback for his popularity.

In 2018, he won the governor’s seat from a representative of the ruling United Russia party who was backed by Putin.

Entrepreneur Yevgeny Savinov suggested that protests could spread across the country because Russians are “fed up” with “corruption, lies, and propaganda.”

“This will only grow and spread across Russia,” the 37-year-old said.

“Authorities have been playing a dangerous game.”

In recent weeks people in a number of Russian cities and towns took to the streets in support of Khabarovsk protesters but those rallies were not massive.

Several Moscow-based activists have called on Russians to take to the streets across the country on August 15.

Observers say that anger at the Kremlin is building over its handling of the coronavirus pandemic and falling incomes but it remains unclear if Russians across the country are ready to take to the streets en masse.

In a statement, regional authorities claimed turnout at Khabarovsk rallies has been going down and said that just 2,800 people turned up in the city’s central square on Saturday.

But witnesses and participants said that tens of thousands took part in a march across the city.