‘The Political Regime Against the People’: The Reactions to Moscow’s Election Protest and Crackdown A mass protest that rocked Moscow on Saturday was marked by one of the biggest crackdowns in recent years against an increasingly defiant opposition decrying President Vladimir Putin’s tight grip on power.

The protest, which demanded that the authorities allow opposition-minded candidates onto the ballot in Moscow’s city council elections, has drawn international attention to what would have otherwise been a minor race.

Videos showing riot police detaining nearly 1,400 protesters, sometimes using aggressive tactics, have sparked outcry both inside and outside Russia. Russian state-run media has either ignored the events in Moscow or focused on demonstrators’ provocations of violence, while Russian officials have largely stayed silent.

Here’s a closer look at what happened — and the reactions that followed:

— As many as 1,373 people were detained before and during the protest. Authorities had declared the rally illegal and sought to block participation, but thousands turned up anyway in one of the longest and most determined protests of recent times.

— Chants of “We demand fair elections,” “Russia without Putin” and “Putin resign” echoed through central Moscow as guardsmen clad in riot gear beat back protesters with batons and roughly detained people.

— Police estimated that more than 3,500 people attended, adding that around 700 people were journalists and bloggers. Activists said the number attending was likely much higher, as police had dispersed the crowd onto several side streets.

— The opposition candidates have since called on supporters to take to the streets again this Saturday.

How the authorities reacted

— Moscow Mayor Sergei Sobyanin had warned protesters on Saturday morning that “order in the city will be ensured in accordance with the law.”

— Burnishing his man-of-action image, Putin spent Saturday diving to the bottom of the Gulf of Finland in a mini-submarine to honor a Soviet submarine that sunk there in World War II. 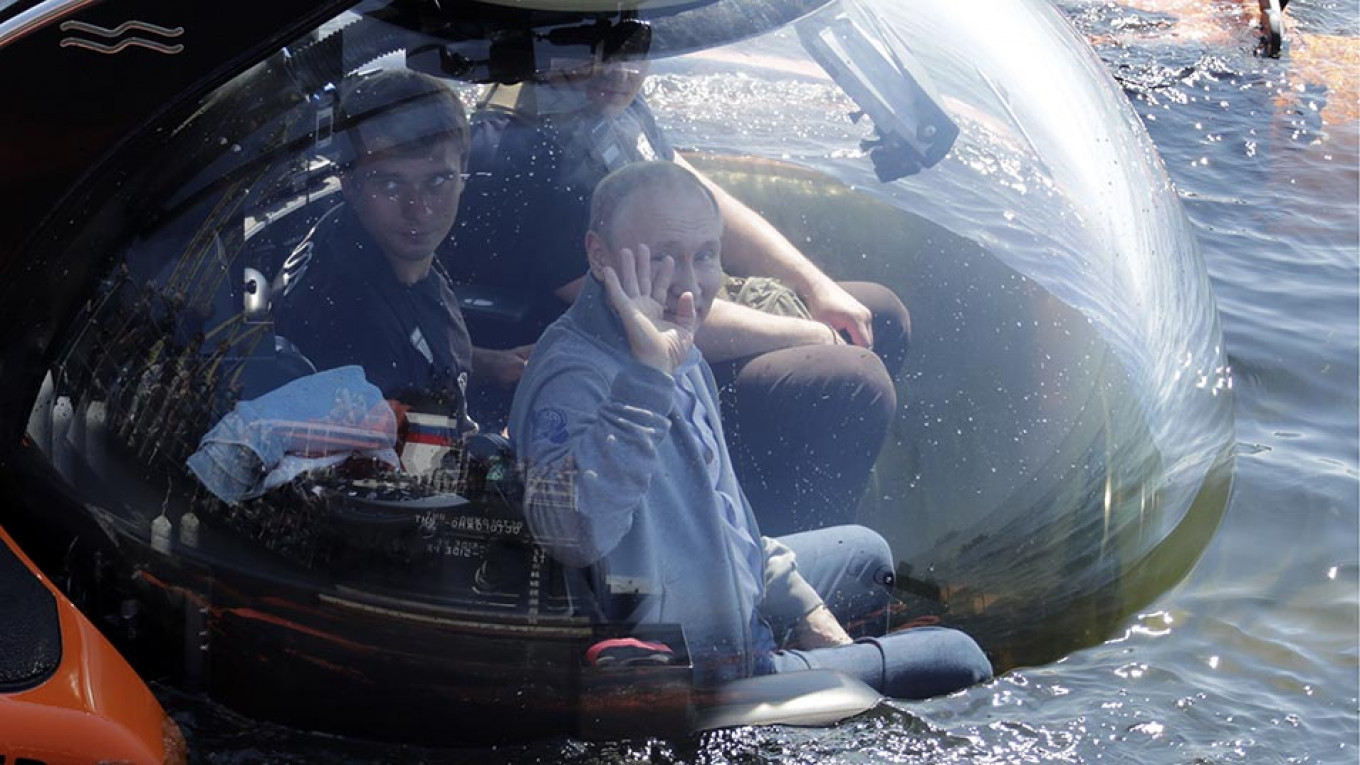 — Several days ahead of and on the eve of Saturday’s protest, police raided the apartments of leading opposition candidates and detained nearly all of them.

— The U.S. Embassy in Moscow criticized the authorities’ crackdown, calling the detentions “disproportionate police force [that] undermine rights of citizens to participate in the democratic process.”

— The European Union said the violence and the police raids against opposition politicians “once again seriously undermine the fundamental freedoms of expression, association and assembly.” The 28-member bloc called for “a level playing field” in the Sept. 8 vote.

— Britain’s Foreign Office expressed “concern” with the mass roundups and said the Russian government “continues to disregard the rights of its people.”

— State-run television, a primary news source for many Russians, has either ignored the events in Moscow or slammed demonstrators for provoking violence or not being native Muscovites. The NTV broadcaster declared the opposition “losers” for attracting what it said were 100 times fewer participants than a burger festival in nearby Gorky Park.

— The state-run RIA Novosti and TASS news agencies ran at least five and 13 stories respectively that mainly focused on guardsmen being injured by tear gas, according to a tally by the Tjournal.ru news website.

— Saturday’s crackdown was “an episode in the neverending state war against civil society, of the political regime against the people,” said Andrei Kolesnikov, a senior associate at the Carnegie Center Moscow think tank.

“The minority is becoming more active and fierce… That’s what scared the national, regional, city and municipal leaders the most. They weren’t prepared for that,” he added.

Addressing criminal charges of obstructing election officials’ work filed against some of the opposition candidates, Kolesnikov said that “it’s the authorities who violated the exercises of voters’ rights, not citizens interfering with the work of election commissions.”

— “The Moscow City Duma will have to be chosen — and the more people face cruelty today, the greater the risk for the government that these people will come to the elections and vote extremely negatively,” political analyst Nikolai Petrov told the Vedomosti business daily.

— “Vladimir Putin’s [visit] to a sunken submarine at the bottom of the Gulf of Finland had been planned ahead of time. But on a day when the center of Moscow was seized by unrest, it seemed to reflect the president’s detachment from the problems that Russians care about,” Vedomosti columnist Pavel Aptekar wrote.