This is one of the oldest theatres in Saint Petersburg; its stage history is organically associated with the development of Russian musical, vocal and choreographic art.
On October 2, 1860, the patriotic opera Ivan Susanin by M. I. Glinka was staged in the building designed by the well-known theatre architect A. K. Kavos and built in the place of an earlier theatre-circus destroyed by fire.
Since that opening night this opera has been continually performed in the theatre for more than 100 years.
In pre-revolutionary times the former Mariinsky Theatre was greatly famed for its conductor and composer E. F. Napravnik, the singers O. A. Petrov, F. I. Stravinsky, F. I. Chaliapin, L. V. Sobinov, I. V. Yershov, as well as for the balletn dancers A. P. Pavlova, T. P. Karsavina. V. F. Nizhinsky and the ballet-master M. I. Petipa. 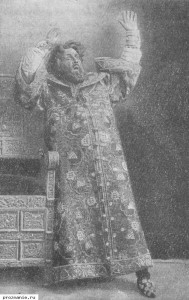 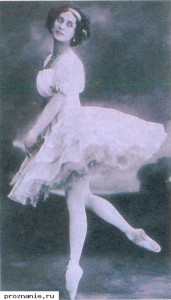 In Soviet years the theatre has enriched the wonderful stage traditions of the past; it has created a number of new Russianoperas and ballets, the most remarkable of them being The Battleship ‘Potyomkin’ by O. S. Chishko, The Red Poppy and The Bronze Horseman by R. M. Glier and The Flames of Paris by B. V. Asafyev.
The fame of Russian ballet has been further enhanced by Russianmasters of the ballet G. S. Ulanova, K. M. Sergeyev, N. M. Dudinskaya and many others. At present the repertoire of the theatre includes more than 40 operas and ballets.