To Jail or Not to Jail: Kremlin in Bind Over Navalny Return 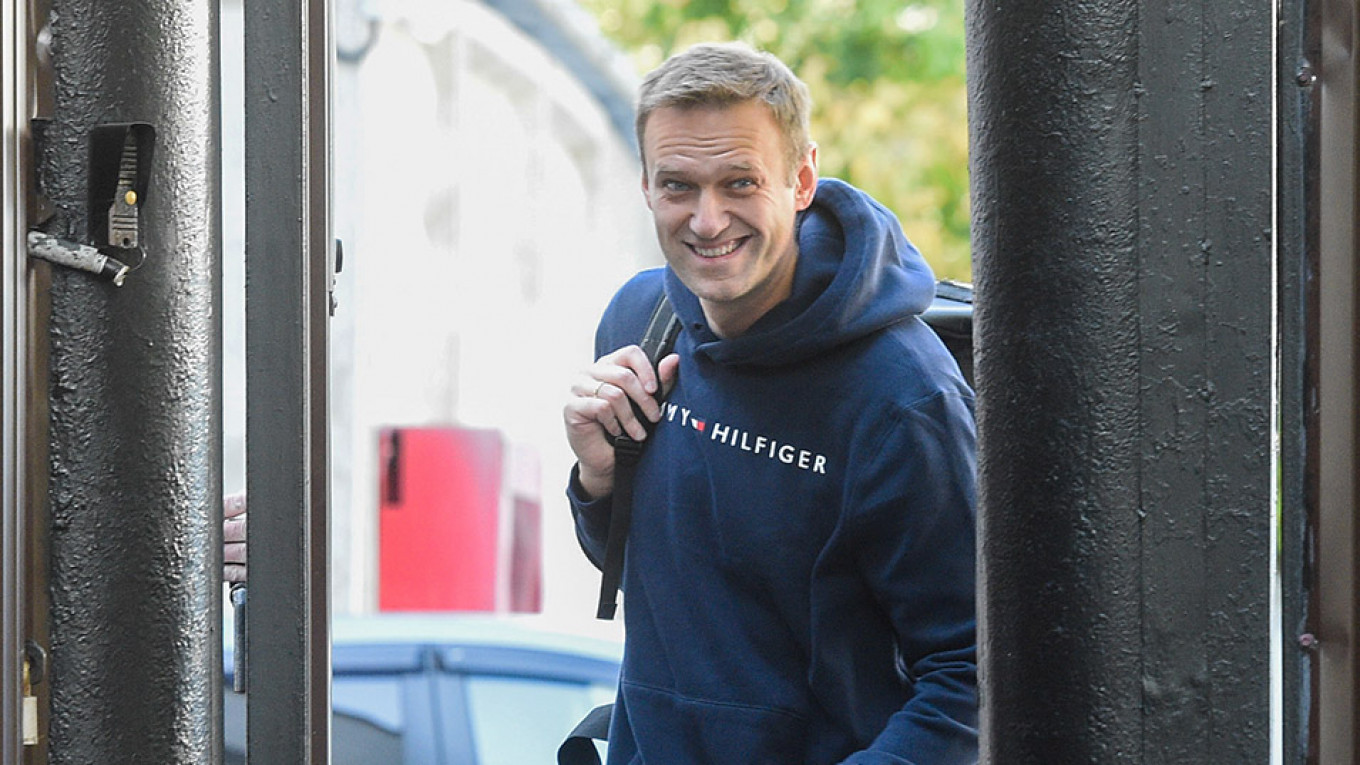 Russian opposition leader Alexei Navalny’s defiant pledge to return to Moscow from Germany after surviving a poisoning attack puts the Kremlin in a major bind.

President Vladimir Putin, observers say, is caught between a rock and a hard place: allow his most outspoken critic to freely return to Russia and risk looking weak, or hand Navalny a lengthy prison term and potentially turn him into a global cause celebre.

“There is not a good decision here but some sort of decision will have to be made,” political analyst Tatyana Stanovaya told AFP.

The 44-year-old’s announcement that he was returning to Moscow on Sunday aboard Pobeda — Aeroflot’s low-cost subsidiary whose name means “Victory” in Russian — drew gasps from admirers and critics alike.

Analysts say Navalny’s return is a direct challenge to the 68-year-old Putin, who has seen his popularity fall in recent years, and could become a major political factor ahead of parliamentary polls later this year.

Western governments say Navalny, who collapsed on a flight in Siberia in August and was eventually taken to Berlin for treatment, was poisoned with the Soviet-era Novichok nerve agent.

Navalny says he was targeted by the domestic intelligence agency on Putin’s orders. Russian authorities have repeatedly denied any involvement and refused to investigate the poisoning case.

‘The guys are panicking’

Instead, investigators in December launched a new criminal probe against Navalny for allegedly misappropriating more than $4 million of donations to his organizations.

The prison service said Thursday it would also be “obliged” to detain him upon his return for violating the terms of his probation after a 2014 embezzlement conviction.

“They really did not want him to return,” said political observer Anton Orekh, referring to the Kremlin. “Now the guys are panicking.”

Navalny, who has been the target of several criminal probes, has served a number of brief jail stints but never a long prison term.

He was handed a five-year prison term for embezzlement in 2013, but it was changed to a suspended sentence after thousands protested in Moscow.

Stanovaya said Navalny could still avoid long-term incarceration if authorities find a way to limit his political activities, perhaps by declaring him a “foreign agent” under legislation restricting individuals or organizations who receive funds from abroad.

But the Kremlin may have a low appetite for risk, with Russia set to hold parliamentary elections in September and the coronavirus pandemic exacerbating economic woes.

“I have a feeling the Kremlin has grown tired of these games,” said the head of the R.Politik analysis firm. “The confrontation with Navalny has been going on for too long.”

Navalny has never held elected office — he was barred from standing against Putin in the 2018 presidential vote — and his allies are frequently prevented from running in other elections.

Videos of his anti-corruption investigations, often revealing the lavish lifestyles of Russia’s elite, are hugely popular and draw millions of views.

But it is unclear how much support he enjoys among ordinary Russians, especially after years of negative coverage — or no mention at all — of his activities on state-controlled media.

In a national poll by the Levada Center in September, only 20% of respondents said they approved of Navalny’s actions, while 50% disapproved and the rest either had not heard of him or could not say.

The poisoning ordeal has drawn global attention to Navalny and raised his international profile, with German Chancellor Angela Merkel visiting him while he was undergoing treatment in a Berlin hospital.

Navalny and his team seem to be hoping it can also save him from arrest or a long prison term. They are urging Russians to head to Moscow’s Vnukovo Airport on Sunday evening in a show of support.

A Facebook event for Sunday shows more than 1,900 people planning to go.

“This is a powerful gesture no matter what comes after it,” said Sergei Medvedev, a Moscow-based political commentator.

“This is a return of Russian politics from limbo, from non-existence,” he wrote on Facebook, saying this was the moment for Navalny to show if he could be a historic reformer like legendary anti-Communist dissident and later Czech president Vaclav Havel.