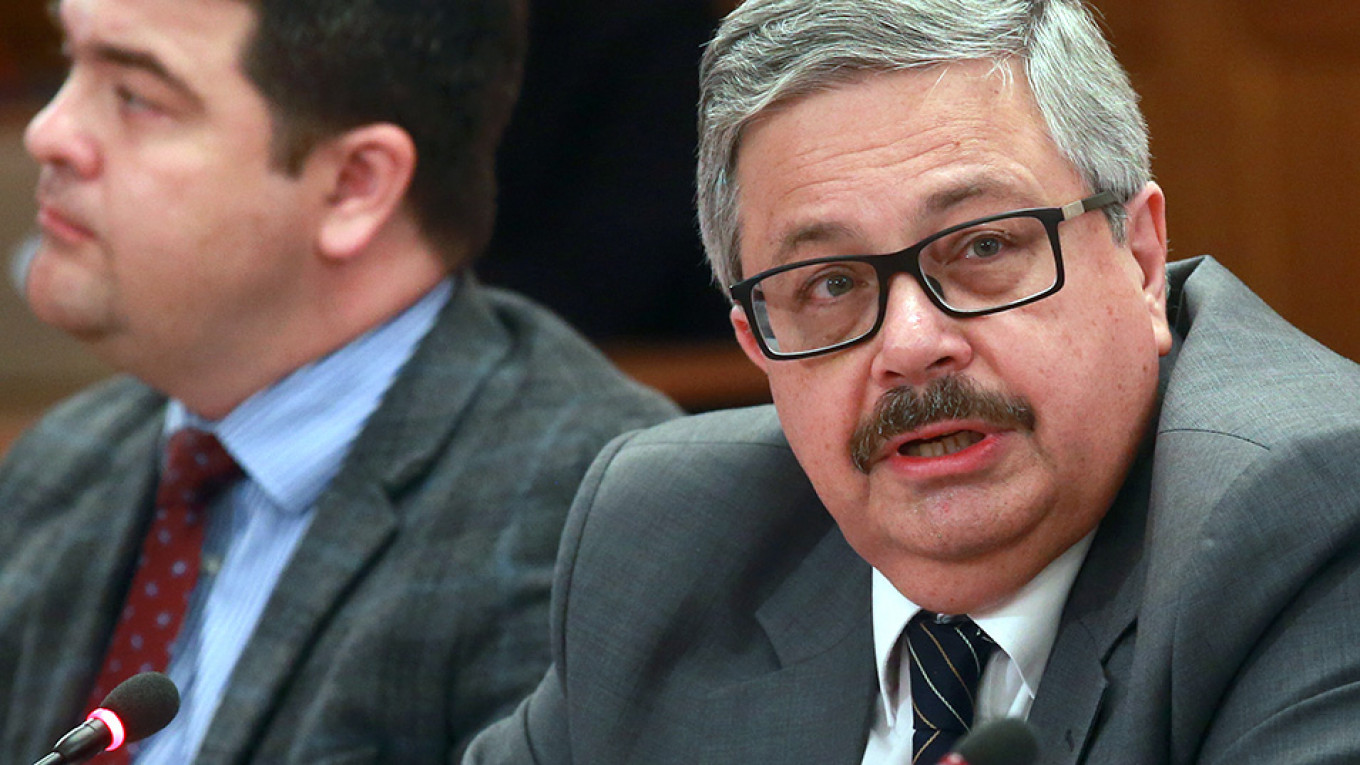 Russia’s Ambassador to Turkey, Alexei Yerkhov, faces threats over the Moscow-backed military campaign in Syria, the envoy said in an interview Thursday, four years after his predecessor’s assassination.

Yerkhov’s predecessor Andrei Karlov was shot dead by an off-duty policeman at the opening of an Ankara exhibition in December 2016. Russia and Turkey support opposing sides in Syria’s nine-year civil war, although they are allied in attempts to avoid escalation of the conflict.

Yerkhov, in an interview cited by the state-run news agency RIA Novosti, drew comparisons between the current Russian-backed campaign to retake rebel-held Idlib and the 2016 recapture of the strategic city of Aleppo.

“What happened then? The ‘airplane crisis’ and the villainous murder of Ambassador Andrei Karlov,” Yerkhov said, referring to Turkey’s downing of a Russian warplane in 2015, leading to a brief freeze in ties.

Karlov’s assassin shouted slogans referring to the recapture of Aleppo before being shot dead himself.

“I myself have been threatened directly,” Yerkhov said. “Some of the authors’ bloodthirstiness at times defeats their own ability to reason logically.”

“I don’t want to, but I’ll quote some of the threats: ‘Say goodbye to life,’ ‘no one will mourn you,’ and ‘it’s time for you to burn’,” the Russian diplomat said.

Turkish authorities have stepped up security measures in connection with the threats, the Russian Embassy told the state-run news agency TASS on Friday.

Russia and Turkey traded accusations of breaking bilateral agreements this week after at least 13 Turkish soldiers were killed in the Syrian regime forces’ advance on Idlib.

The UN says more than 800,000 people, mostly women and children, have fled Idlib and adjoining Syrian provinces during the Russian-backed campaign since Dec. 1, 2019.