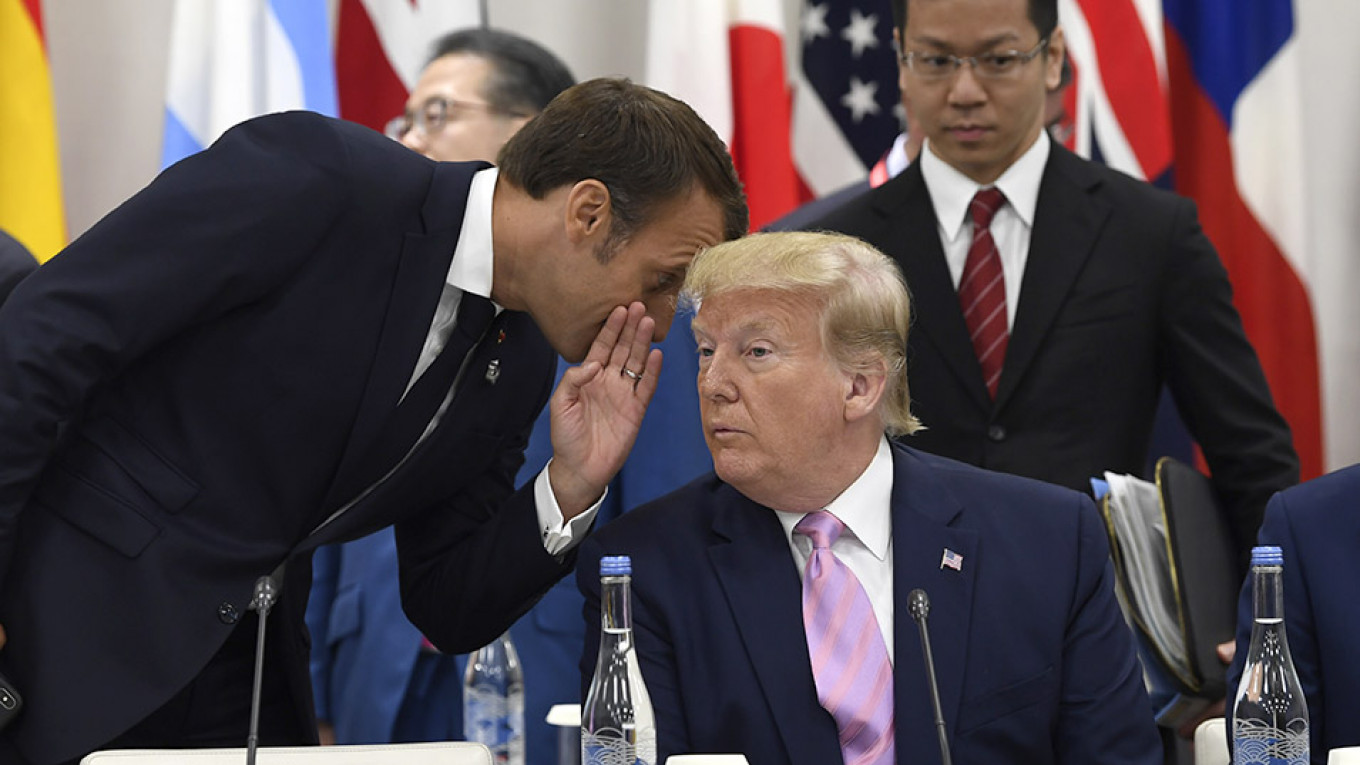 U.S. President Donald Trump said on Tuesday it would be appropriate to let Russia join the G7 group of advanced industrialized countries.

Speaking to reporters at the White House, Trump noted his Democratic predecessor, Barack Obama, had wanted Russia out of what used to be the G8 “because Putin outsmarted him.”

“But I think it’s much more appropriate to have Russia in. It should be the G8 because a lot of the things we talk about have to do with Russia,” Trump said.

Days earlier, French President Emmanuel Macron had said he would oppose Russia’s admission to the group as long as the Ukrainian crisis continues. The conflict between Ukrainian troops and Russian-backed forces in eastern Ukraine has killed more than 13,000 people since it broke out five years ago.

“We have taken note that the Americans want to reintegrate them next year. Ukraine is vital. There is a context that could be favorable to some progress,” a French diplomatic source said on Wednesday, referring to comments by the new Ukrainian president.

Foreign Ministry spokeswoman Maria Zakharova said Russia would need to receive a formal, tangible proposal before considering a return to the group.

“It is necessary to move the discussion of this topic from the sphere of public entertainment to the professional one if the Group of Seven wants to position itself as a serious format,” Interfax quoted her as saying.

Senior Russian lawmaker Konstantin Kosachev balked at the idea of reviving the G8 and instead offered to include China and India into a G10.

“I think Russia’s return would make sense only if it’s possible to avoid the ‘seven against one’ trap,” Kosachev, the chairman of the international affairs committee in Russia’s upper house of parliament, wrote on Facebook.

Transforming the G7 into the G10, given the scale of China and India’s economies and impacts on world politics, “would be a powerful phenomenon,” Kosachev wrote.

Russia was pushed out of the G8 in 2014 because of its annexation of Crimea from Ukraine.

It was not the first time Trump has floated the idea of Russia getting back together with the G7, which groups the United States, Germany, Japan, France, Britain, Italy and Canada.

In June 2018, Trump suggested Russia should attend a forthcoming G7 summit in Canada. A Kremlin spokesman seemed to reject the idea, saying Russia was focused on other formats.

Two days later, President Vladimir Putin said Russia did not choose the G7 and would be happy to host its members in Moscow.

Trump has periodically called for closer ties with Russia, although his administration’s policy has included strong sanctions against Moscow.