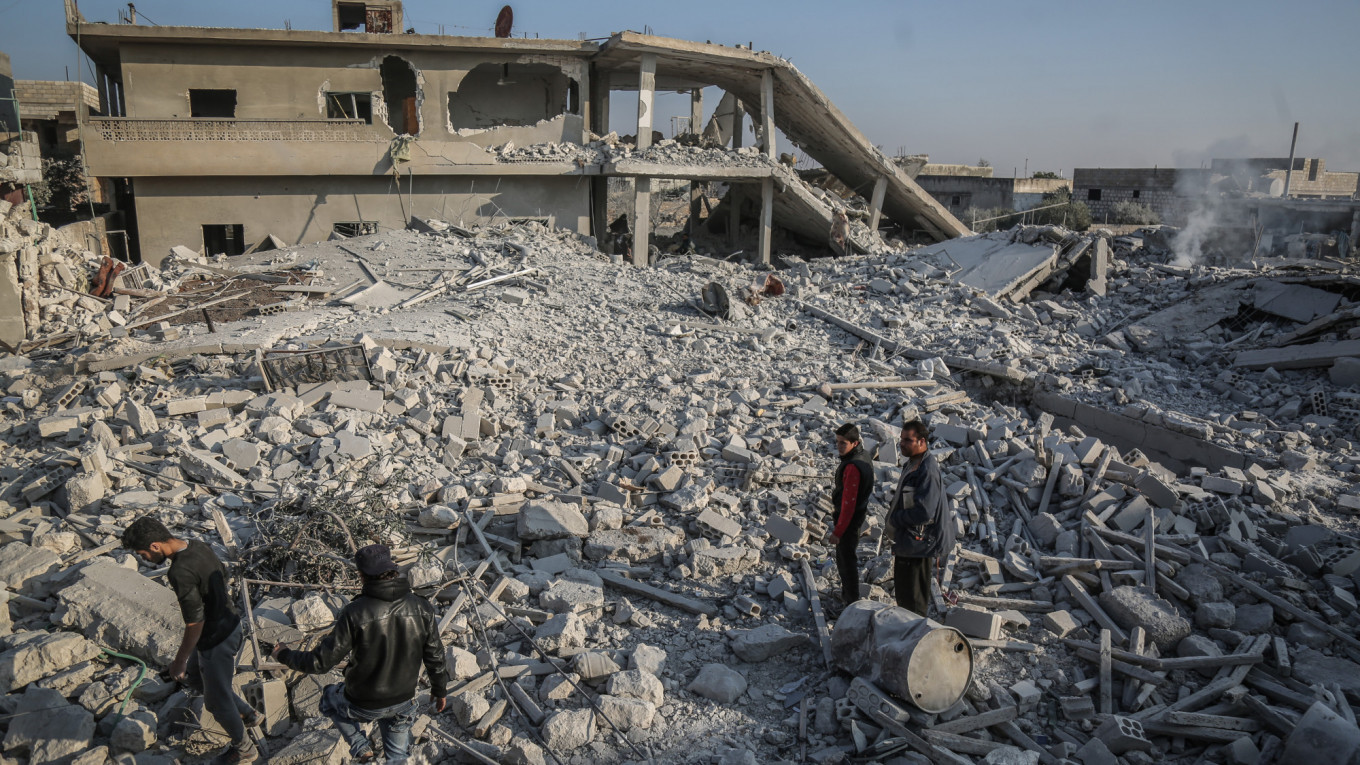 Turkey said two of its soldiers were killed and five others wounded in Syrian government air strikes in northwest Syria on Thursday, bringing Turkish military fatalities to 15 so far this month in the Idlib region.

Turkey’s defense ministry said more than 50 Syrian forces members had been killed in retaliation in Idlib, where nearly a million citizens have been displaced since early December.

The attacks come a day after President Tayyip Erdogan warned of an imminent Turkish military offensive in Idlib, where Syrian forces backed by Russia air power have mounted an offensive to capture the rebel-held region after the country’s nine-year war.

Earlier this month, 13 Turkish soldiers were killed in Idlib after Syrian attacks, prompting Erdogan to warn that Turkey will strike Syrian forces “anywhere” in Syria if another soldier was hurt.

In a statement, the defense ministry said five tanks, two armoured personnel carriers, two armoured trucks and one howitzer were also destroyed in retaliation. It said designated targets had been hit and were still being targeted.

Later, Turkish Communications Director Fahrettin Altun said the soldiers were killed by “an attack carried out by the (Syrian) regime.”

The attacks come amid clashes between Turkey-backed rebels and Syrian forces in Idlib, the last rebel-held enclave in the country. Turkish artillery provided cover for rebels looking to capture the town of Nairab in Idlib, prompting Russia to accuse Turkey of supporting militants in the region.

Turkey, which backs rebels looking to oust Syrian President Bashar al-Assad and already hosts 3.7 million Syrian refugees, has said it cannot handle another wave of migrants and has closed its border.

Ankara and Moscow have held talks to stop the escalation in Idlib but have yet to reach find a solution. Turkish officials on Thursday were optimistic that an agreement could be reached, saying the talks had not been “completely without a result.”

But the escalation of violence in Idlib and the risk of a direct confrontation between Turkey andRussian-led Syrian forces has sent Turkish financial markets skidding.