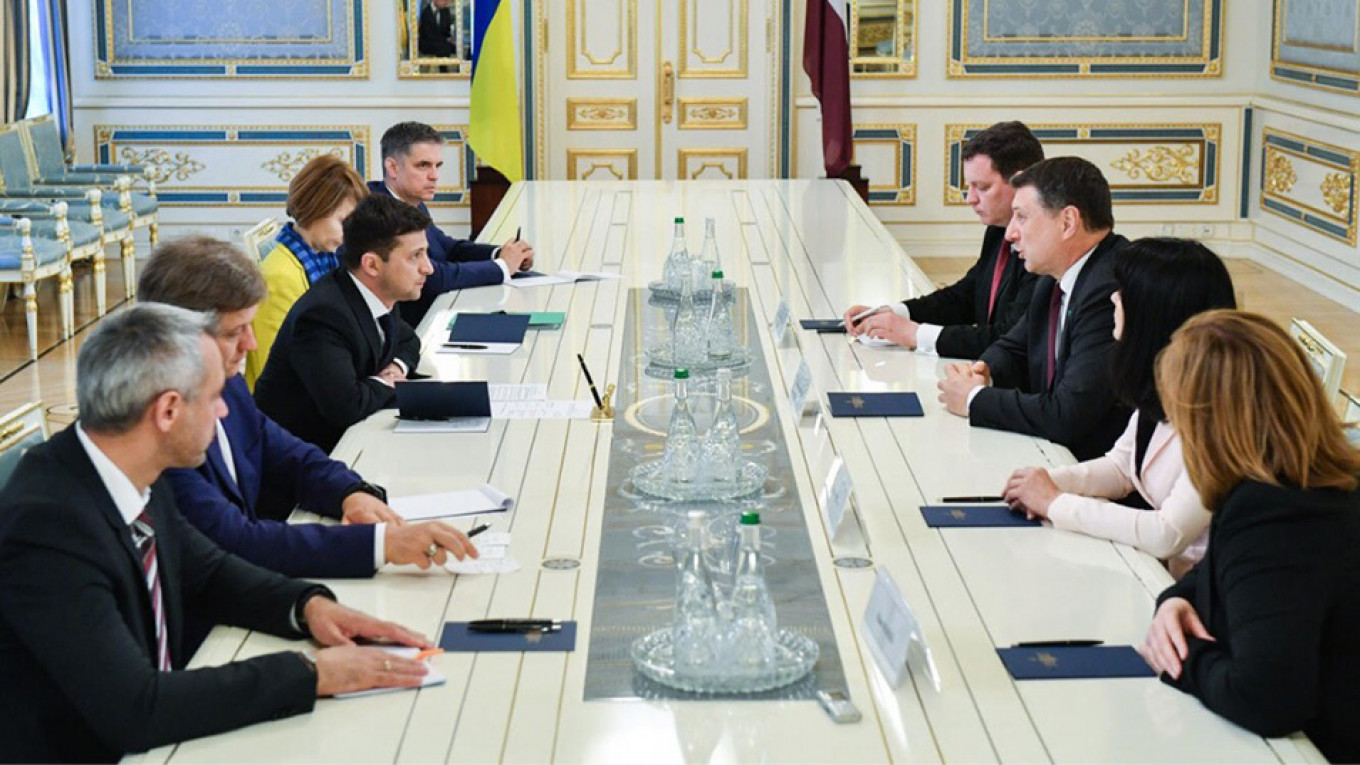 Zelenskiy has said that Ukraine’s most pressing issue is conflict with its neighbor Russia, which annexed the Crimean peninsula in 2014 and backed separatists in a war in the east that has killed 13,000 people. In his inauguration speech Monday, Zelenskiy said his first task was to achieve a ceasefire, adding that dialogue with Russia could only happen after the return of Ukrainian territory and prisoners of war.

“I would like to urge the United States to keep increasing sanctions against [Russia],” Zelenskiy said in a meeting with U.S. lawmakers and Trump administration officials, including Secretary of Energy Rick Perry, Monday.

During the meeting, Zelenskiy noted that Washington is “a powerful and very serious partner in overcoming Russia’s aggression.”

He voiced a similar “hope” that the European Union will continue sanctions pressure on Russia in talks with European energy commissioner Maros Sefcovic later that day.