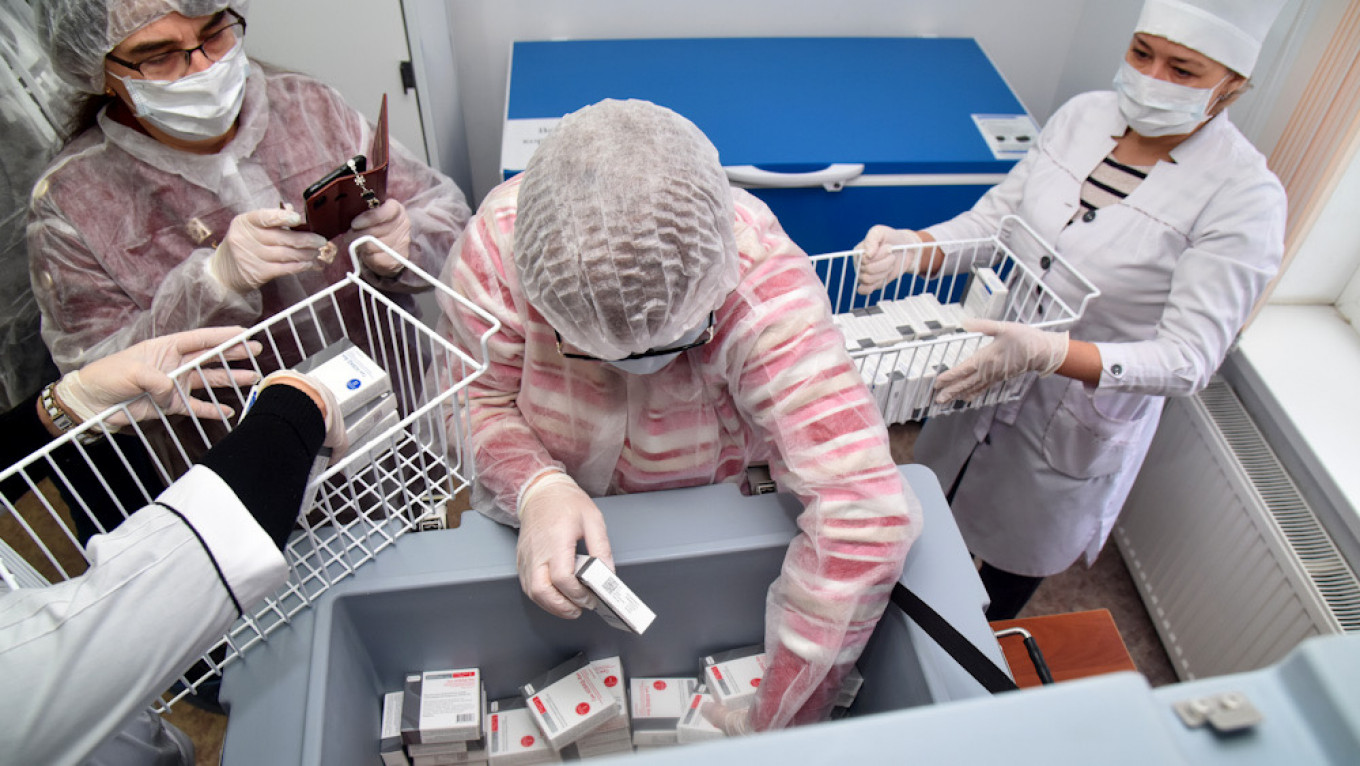 The supply of Sputnik V to separatist authorities is Russia’s latest show of support for the self-proclaimed Donetsk and Lugansk republics, which have been locked in a simmering conflict with the Ukrainian army since 2014.

The leader of the so-called Donetsk republic Denis Pushilin said a first batch of “several thousand” Sputnik V doses had arrived and that doctors and soldiers would be inoculated first starting from Monday.

His counterpart in Lugansk Leonid Pasechnik also confirmed delivery without specifying the number of doses.

“Thanks to the invaluable assistance of Russia, our republic has the opportunity to conduct voluntary free vaccinations,” an official news website quoted Pasechnik as saying.

Authorities in the breakaway regions that have a combined population of around 3 million people have not said whether the vaccine was purchased or donated.

Lugansk’s health minster said however that the jabs were part of a “humanitarian convoy” dispatched by Russia.

Ukraine, one of the poorest countries in Europe, is awaiting delivery of 8 million doses promised under the UN Covax program and up to 5 million doses of the Chinese CoronaVac jab.

Zelensky last month called on the European Union to help Ukraine source vaccines as he came under fire at home for failing to source Western-made jabs for his country of 40 million people.

Pro-Moscow politicians have lobbied for the introduction of Sputnik V but health officials have rejected the calls, with critics saying the Russian vaccine is a geopolitical tool.

Ukraine has been fighting separatists backed by Russia in the Donetsk and Lugansk regions since 2014 following Moscow’s annexation of the Crimean peninsula.

Since then, more than 13,000 people have died and nearly 1.5 million have been displaced.

Ukraine and its Western allies accuse Russia of sending troops and arms to support the separatists, claims which Moscow denies.