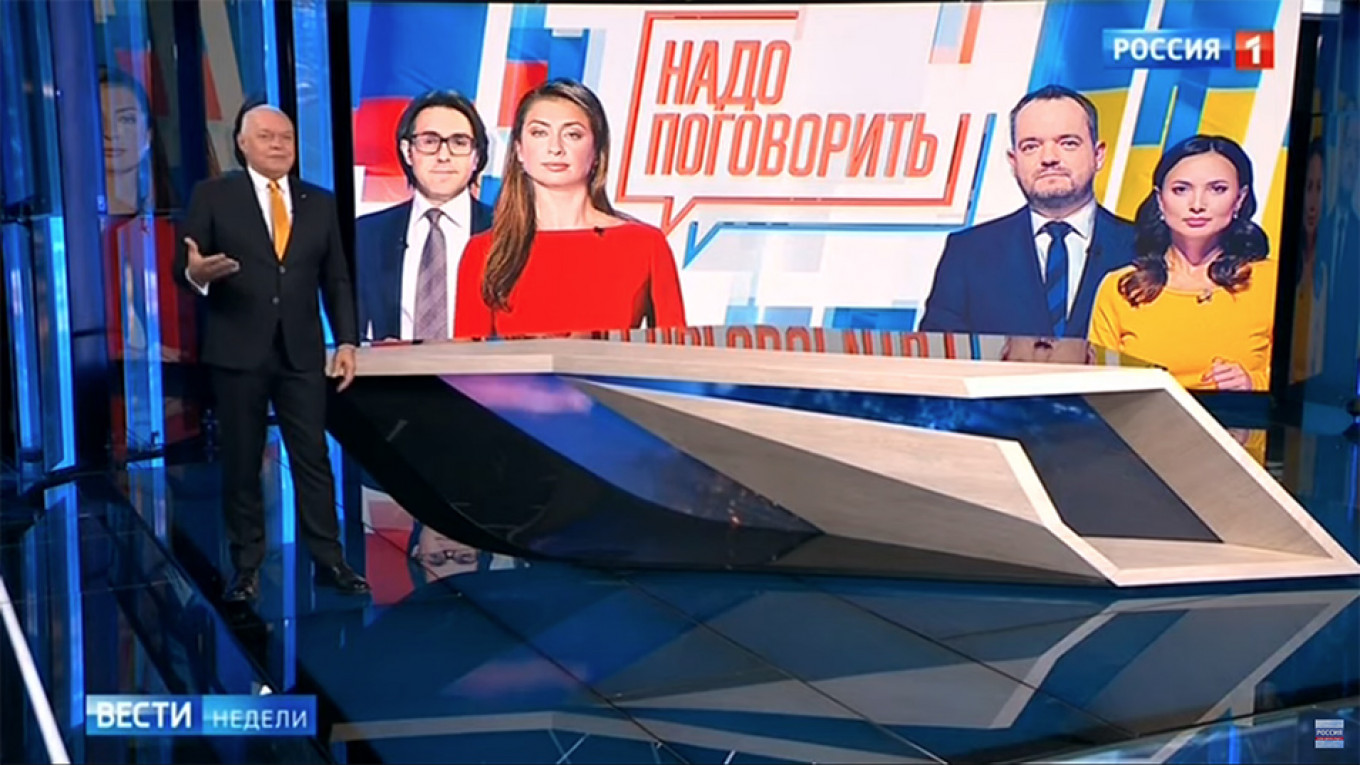 Ukrainian authorities have opened a criminal case into treason following a now-abandoned proposal for a joint online conference with Russian state television to help end the war in eastern Ukraine.

Ukraine’s NewsOne channel and Russia’s state-run Rossia 24 broadcaster planned to host a videolink dialogue between ordinary citizens of the countries before the Ukrainian broadcaster canceled it over threats. The idea, which belonged to Viktor Medvedchuk, a prominent member of Ukraine’s Russia-leaning opposition, was welcomed by the Kremlin but caused major backlash in Kiev.

“Those involved — from the channel’s owner to the host who made the announcement — are summoned for questioning,” Lutsenko wrote on Facebook, adding that prosecutors plan to petition the court to seize NewsOne’s assets.

NewsOne reportedly belongs to an ally of Medvedchuk.

Ukrainian President Volodymyr Zelenskiy criticized Medvedchuk’s proposal on Monday as “a cheap but dangerous” attempt to divide Ukrainians ahead of the country’s July 21 parliamentary elections.

Zelenskiy also said he was ready to meet Russian leader Vladimir Putin in Minsk for talks that he said should also involve Germany, Britain, the United States and France.

Ukraine and Russia have had fraught relations since Moscow’s 2014 annexation of the Crimean peninsula and its support for armed separatists in eastern Ukraine in a conflict that has killed 13,000 people.