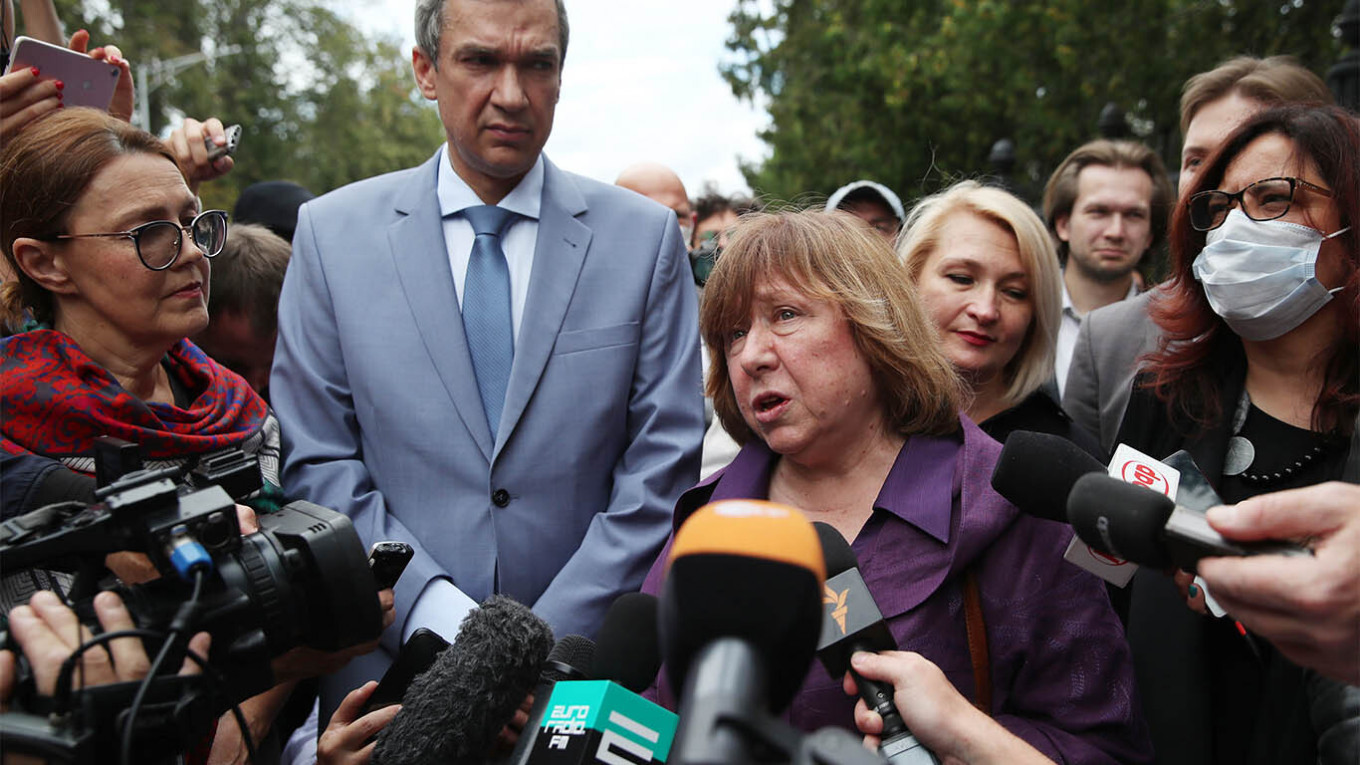 Alexievich, 72, is now the last free leading member of the Belarusian opposition’s Coordination Council still in the country after masked men detained lawyer Maxim Znak earlier Wednesday. The council was established to ensure a peaceful transfer of power after Lukashenko’s main rival rejected the results of the Aug. 9 election and claimed victory.

“There are no more adherent friends of mine left in the presidium of the Coordination Council,” she wrote in a statement that appeared on the Belarusian PEN Center’s website following Znak’s detention.

“Everyone is either in prison or expelled from the country,” wrote Alexievich, who won the Nobel Literature Prize in 2015.

Znak was detained the day after the most prominent opposition figure still in Belarus and Coordination Council presidium member Maria Kolesnikova was detained at the Ukrainian border after she prevented authorities from expelling her by tearing up her passport and jumping out of a car.

Belarusian media reported Wednesday that Kolesnikova has been detained in Belarus and is being held in pre-trial detention in Minsk.

In an interview with the journalists who arrived at her apartment, Alexievich vowed that the Coordination Council will continue its work despite the arrests. The author and journalist also said she will remain in Belarus despite the campaign of pressure, the Russian state-run TASS news agency reported.

Belarusian investigators had summoned Alexievich for questioning two weeks ago as a witness in a criminal probe into the council’s alleged calls to seize power.

Alexievich reiterated in Wednesday’s statement that the council “didn’t plan a coup” but sought to facilitate dialogue with the authorities. Lukashenko has rejected calls to enter into talks with the council.

Alexievich, following opposition leader Svetlana Tikhanovskaya who claims to have won the Aug. 9 vote, urged the Russian intelligentsia to support the Belarusian opposition.

The disputed election has sparked the biggest anti-government demonstrations of Lukashenko’s 26-year rule, with tens of thousands taking to the streets for weeks to demand he resign.

Lukashenko’s security services have hit back with waves of arrests, deadly violence against protesters and a campaign of intimidation and expulsion against opposition leaders.