We Won’t Allow a Color Revolution in Venezuela, Moscow Says 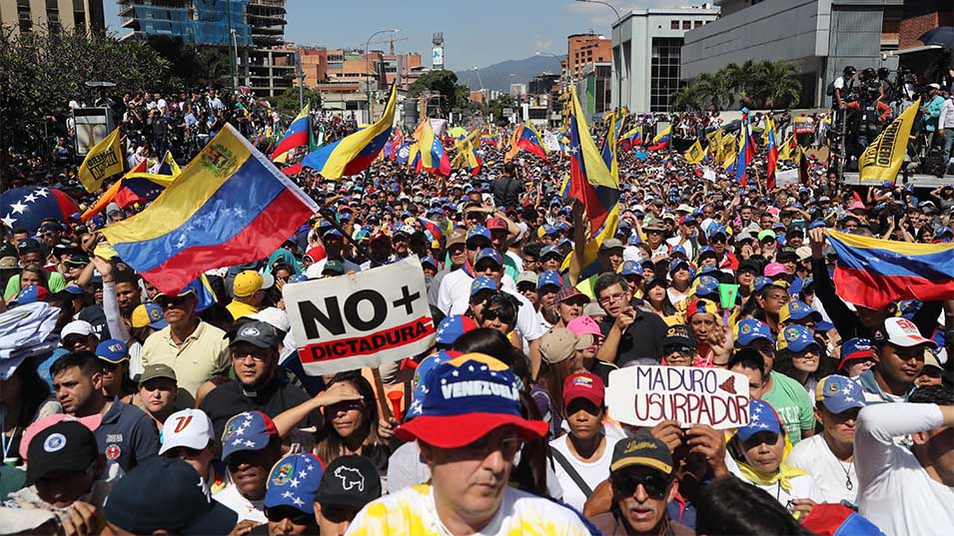 Russia’s position on Venezuela is to prevent American-backed regime change, the country’s Foreign Ministry has announced, amid a jostle for power among rival political factions in the crisis-struck Latin American country.

Venezuelan President Nicolas Maduro has accused the United States of backing a coup in his country after Washington recognized opposition leader Juan Guaido as president. Moscow and Beijing have continued to express support for Maduro, who retains control over key state institutions including the military.

“Our goal is to prevent another color – or black and white – [revolution] tailor-made by the Americans,” Russia’s Deputy Foreign Minister Sergei Ryabkov was cited as saying by the RBC news website Thursday.

“We are categorically against it,” Nebenzya was cited as saying by The Wall Street Journal while standing next to Venezuela’s foreign minister, who announced a 50-country coalition against foreign interference outside the Security Council chambers.