Fourteen sailors were killed in a fire on board a Russian Defense Ministry research vessel while carrying out a survey of the sea floor off Russia’s Arctic coast.

President Vladimir Putin has dispatched Defense Minister Sergei Shoigu to Severomorsk, the Russian naval base on the Barents Sea where the submarine is now located, to find out what caused the incident and report back to him.

— The incident took place on Monday — nearly a day before the news was released — in Russian territorial waters in the Barents Sea, Shoigu reported to Putin.

— He said the crew extinguished the fire “through their decisive action.”

— A Navy commission has been tasked with investigating the cause of the tragedy and a military branch of Russia’s Investigative Committee has opened an inquiry into the deaths.

— The Defense Ministry had informed Putin of the accident on the day it occurred, Kremlin spokesman Dmitry Peskov said on Wednesday. 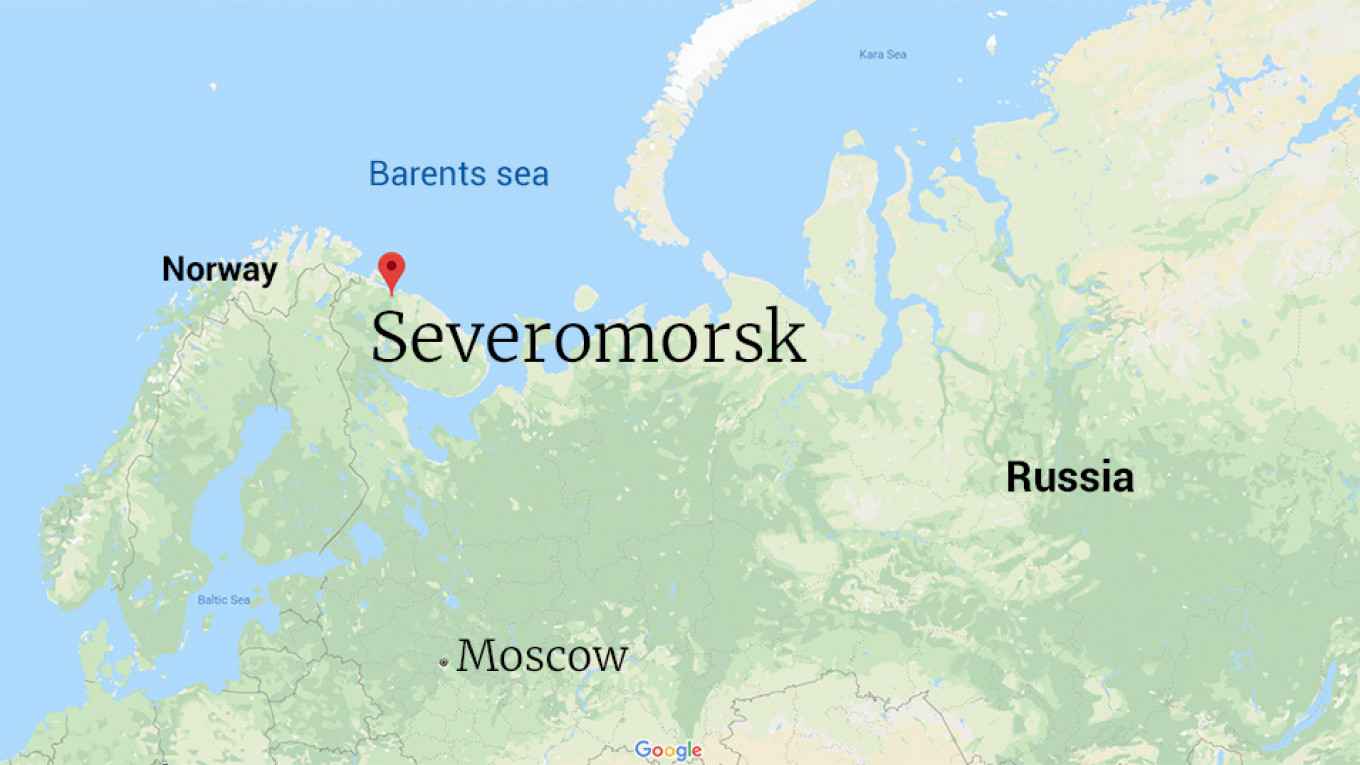 — Russian officials have not commented on the type of vessel involved in the deadly fire.

— An unnamed source in the security forces told the RBC news website the incident took place on the AS-31, a secretive deep-sea nuclear submarine.

— Launched in 2003, the submarine nicknamed Losharik was designed for research, rescue and special military operations, and can hold up to 25 crew members. 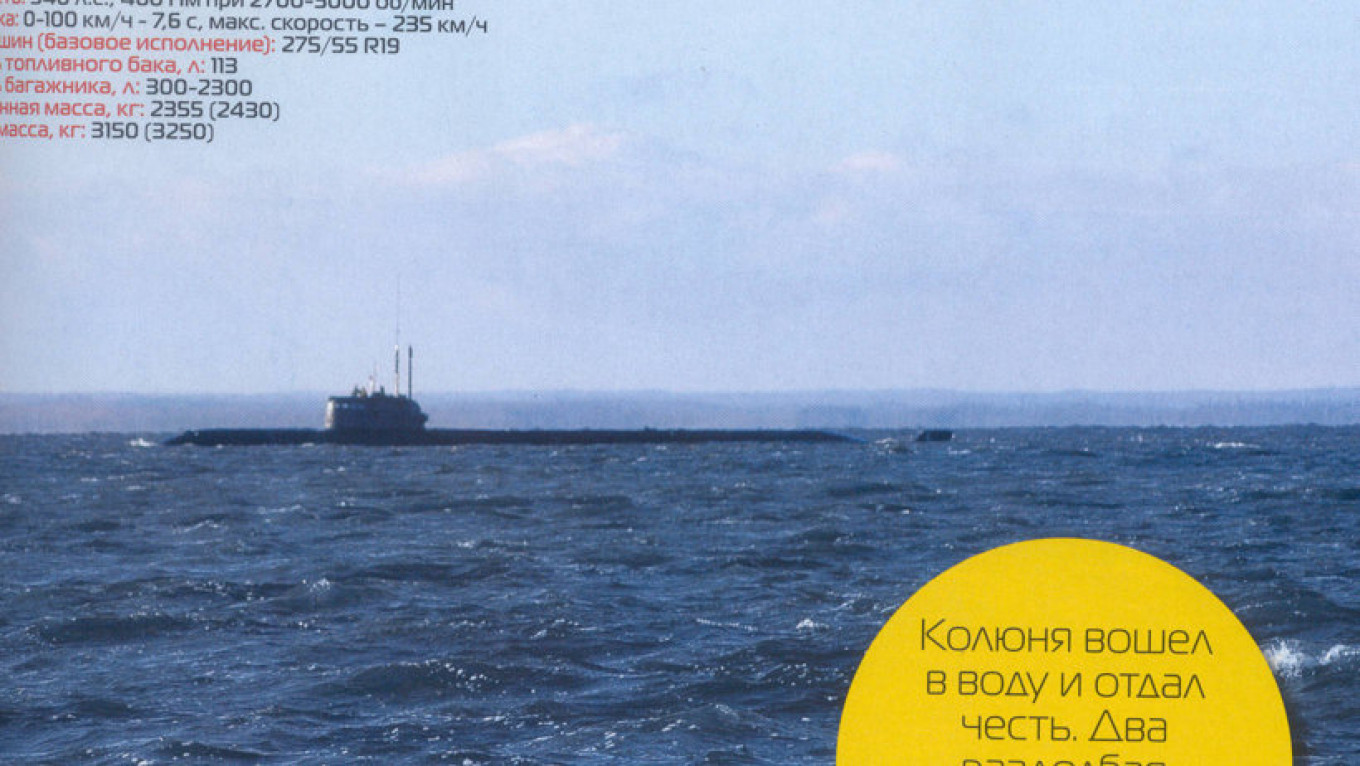 One of the only photos of the AS-31, or Losharik, as it appeared in the Russian edition of Top Gear magazine Top Gear Russia

— It is made from a series of interconnected spheres, making it stronger than conventional submarine designs and allowing it to resist water pressure at great depths.

— Analysts believe the vessel is a key asset of GUGI, the Defense Ministry’s Main Directorate of Deep-Sea Research, and not part of the Russian Navy. St. Petersburg’s fontanka.ru news website and the Kommersant business daily reported that Losharik’s crew members allegedly belong to a military unit that reports to GUGI.

— The Defense Ministry has not released the names of those on board the vessel.

— Putin noted that of the 14 casualties, seven held the rank of captain 1st rank and two had held the Hero of Russia award, the highest military honor issued in the post-Soviet period.

— Shoigu confirmed that there were survivors, but did not specify how many. Anonymously sourced reports suggested four to five crew members survived the fire.

— RBC, citing social media, listed four names of possible casualties. They include the son of the military unit leader; a submarine commander who holds captain 1st rank and Hero of Russia; and a second captain 1st rank.

— An Orthodox cathedral in Murmansk, a city north of Severodvinsk, has listed 14 names in its announcement of a service “for the fallen seamen-submariners” on Wednesday evening.

— Putin called the incident “a great loss for the [Northern] Fleet, and indeed for the Army.”

— “The Losharik incident will likely have a deep operational impact on [GUGI], given how advanced and relatively few these submarines are,” a former U.S. National Security Council staffer told the Radio Free Europe/Radio Liberty news outlet.

— Norwegian officials said they had been in touch with their Russian counterparts and were monitoring, but had not detected abnormally high levels of radiation.

— Colleagues around the world, including the U.S., will mourn the loss of 14 Russian sailors because of a “special bond between all submariners,” wrote Washington Examiner columnist Tom Rogan.

— This is the largest accident to take place on a Defense Ministry submarine since 2008, when a freon gas leak on the nuclear-powered submarine Nerpa killed 20 and injured 21.

— In August 2000, the Russian nuclear-powered submarine Kursk sank to the floor of the Barents Sea after two explosions in its bow, killing all 118 men aboard. That accident, soon after Putin took office, focused official attention on the state of the military and its hardware, which had been underfunded and neglected after the collapse of the Soviet Union.