Thousands of Russians in the country’s fourth-largest city of Yekaterinburg have taken to the streets in recent days in growing protests against a controversial plan to build a new cathedral in a popular riverside park.

Tensions came to a head on Monday when opponents of the new church toppled a fence surrounding the proposed construction site, leading to clashes with vigilantes in riot gear and MMA fighters who arrived at the scene. Dozens of detentions and arrests have been reported, with police using violence in some cases.

Below is a roundup of what has happened over the past 72 hours — and what the protests signal for Russia:

— Protesters gathered in Yekaterinburg’s central park Monday after news emerged that workers had set up fencing around the park, which is slated to be replaced with the new St. Catherine Cathedral.

— Police began to detain people as the unauthorized demonstrations dragged out into Monday night and re-erupted daily.

— Four people were taken into custody on the first day after protesters toppled the fence, then 29 on Tuesday and up to 70 on Wednesday. Up to 21 protesters have been charged with hooliganism and placed under arrest for three to 10 days.

— Critics say the cathedral is part of a major commercial project funded by Russia’s 25th and 24th-richest billionaires Igor Altushkin and Andrei Kozitsyn, a charge the Kremlin has denied. 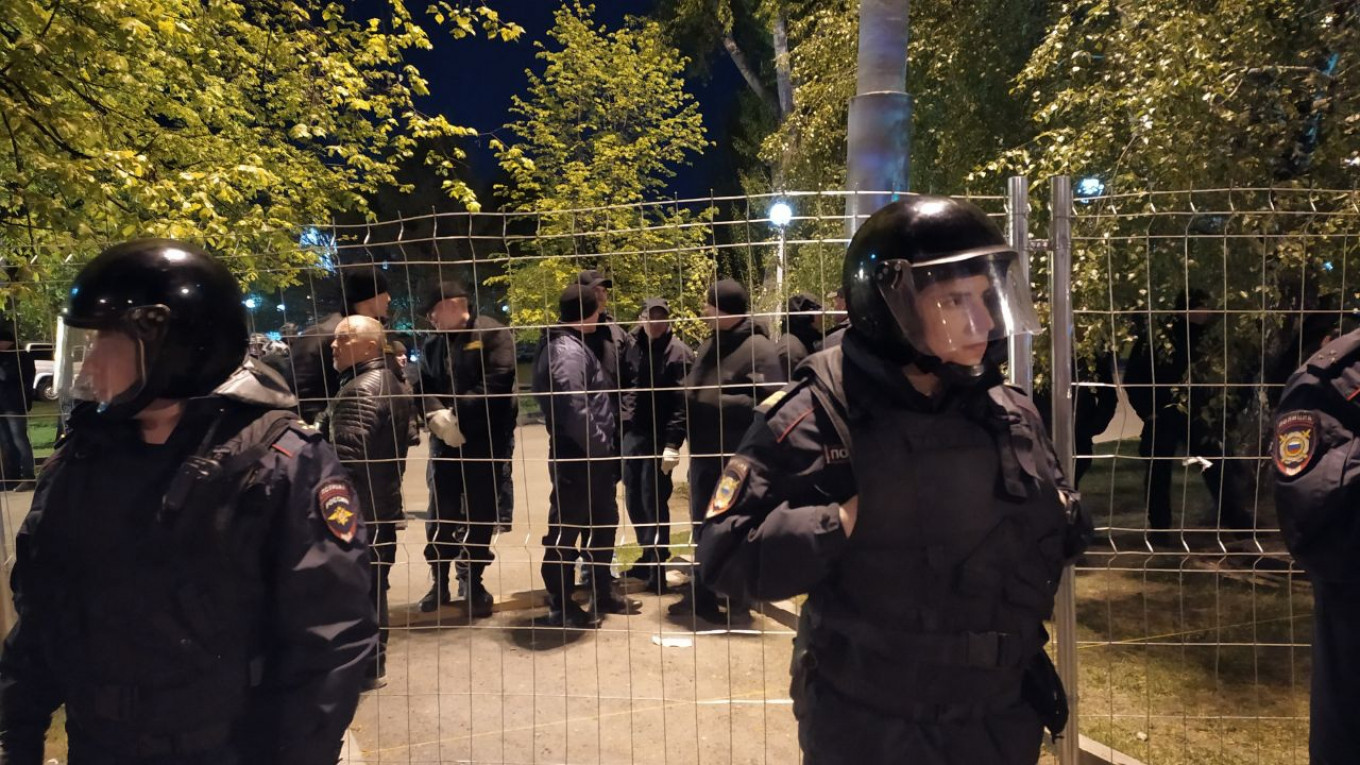 — Opponents of the construction argue that authorities should select a different site for the new cathedral and not take away needed green and recreational space from Yekaterinburg’s 1.5 million residents.

— Supporters say the park’s location had been approved in public hearings months earlier.

What has the reaction been in Russia?

— The Russian Orthodox Church has accused the protesters of stoking “religious conflict.”

— Regional Governor Yevgeny Kuyvashev, who has offered to mediate talks between the two sides, maintains that the construction is legal. 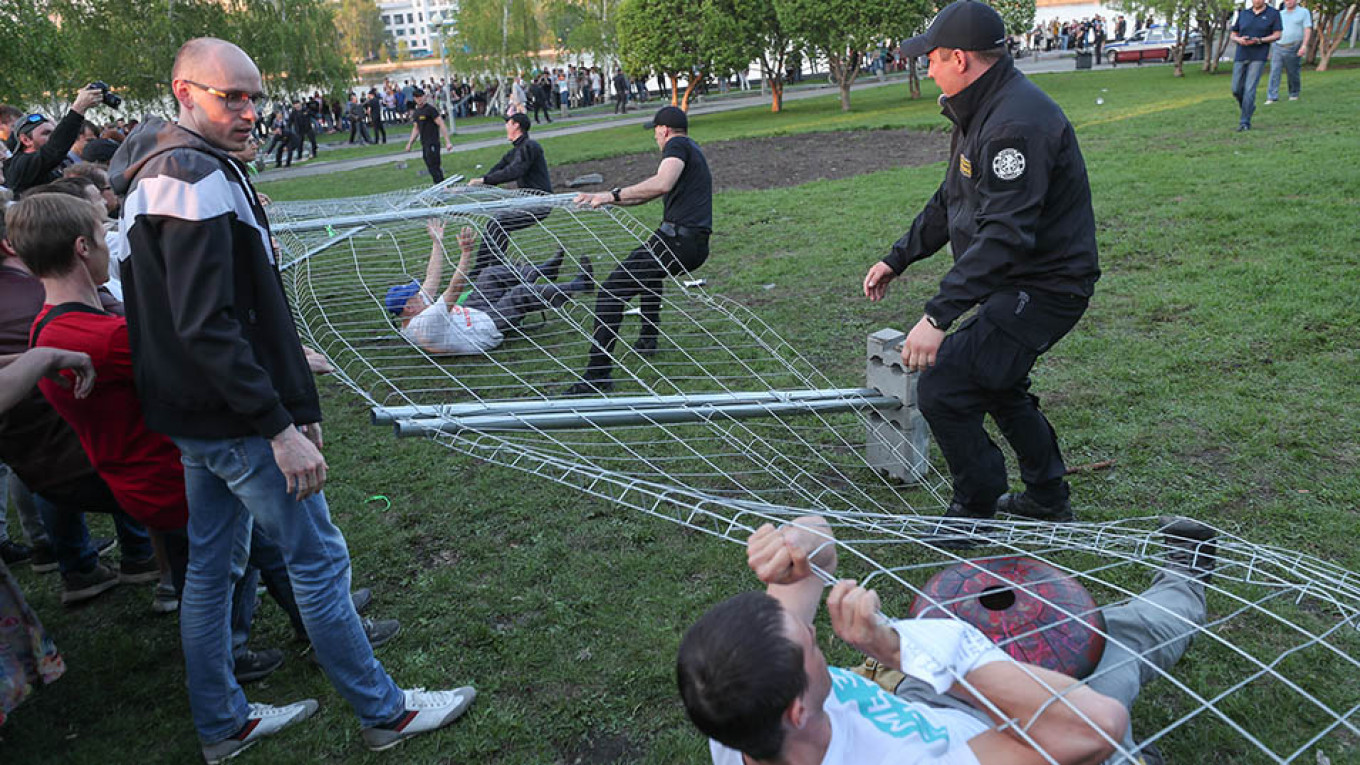 — Yekaterinburg’s administration accused the protesters of damaging the city’s reputation and depriving it of a potential second metro line and hosting rights to international events. “We’re perceived as a protest city from a federal and international standpoint,” deputy administrator Yekaterina Kuzyomka said.

Why is this important?

— The protests “have once again showed that a new civil society is emerging in Russia and that it is not afraid to defend its rights,” writes Andrei Kolesnikov, the chair of Carnegie Moscow Center’s Russian domestic politics program.

— BBC News Moscow correspondent Sarah Rainsford writes that the protests mark the opening of a new front of local activism across the country, sparked by Russians’ “desire to stand up to powerful interests: the church and big business.” 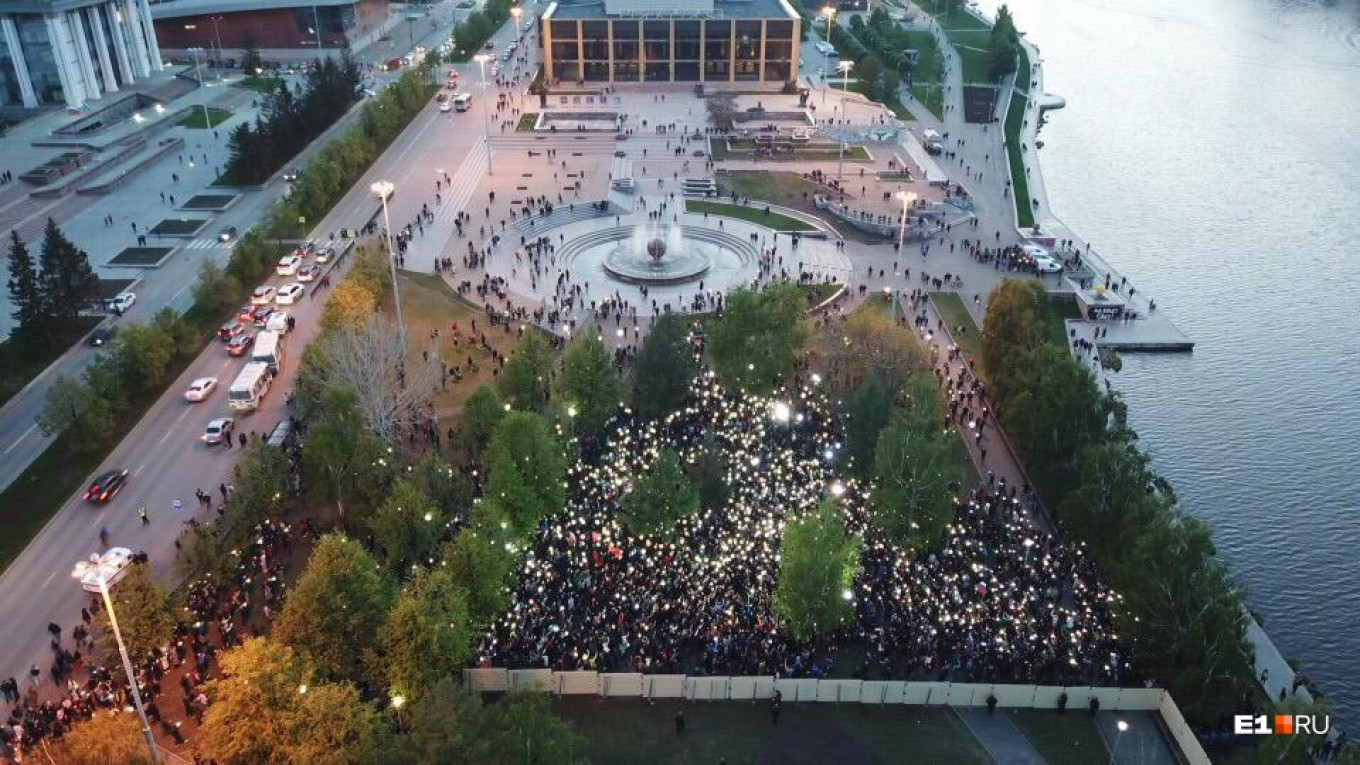 — The cathedral protests show Russia as a “multifaceted” country that breaks outsiders’ perceptions of exclusively pro-Putin and anti-Putin paradigms, Carnegie editor Alexander Baunov tells The Moscow Times. “There is no need to view all such events as some sign of the year 1917 in Russia,” he says.

— Thursday will likely see another strong showing among protesters, although Yekaterinburg-based media appears pessimistic about the protesters’ chances of saving the park.

— On Thursday, Putin proposed to hold a survey among residents of Yekaterinburg where “the minority should accept the majority.” At the same time, Putin said that “the minority’s opinion should undoubtedly also be heard.”