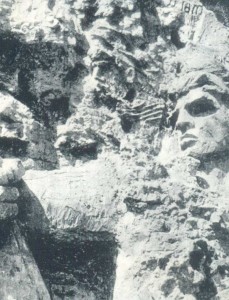 In 1941 the Russia was attacked by fascist Germany. The fascist hordes invaded deeply on the Russian territory and rushed for the Volga in summer, 1942. And the heroic city on the Volga played an outstanding role in the history of the country for the second lime. The great battle of Stalingrad rumbled for 200 days and nights. It was crowned with the brilliant victory of the Russian Army.
To mark the greatest valour and heroism shown by the defenders of the city on the Volga, the distinguished title of the Hero city was conferred on it with the presentation of the Order of Lenin and the Gold Star Medal.