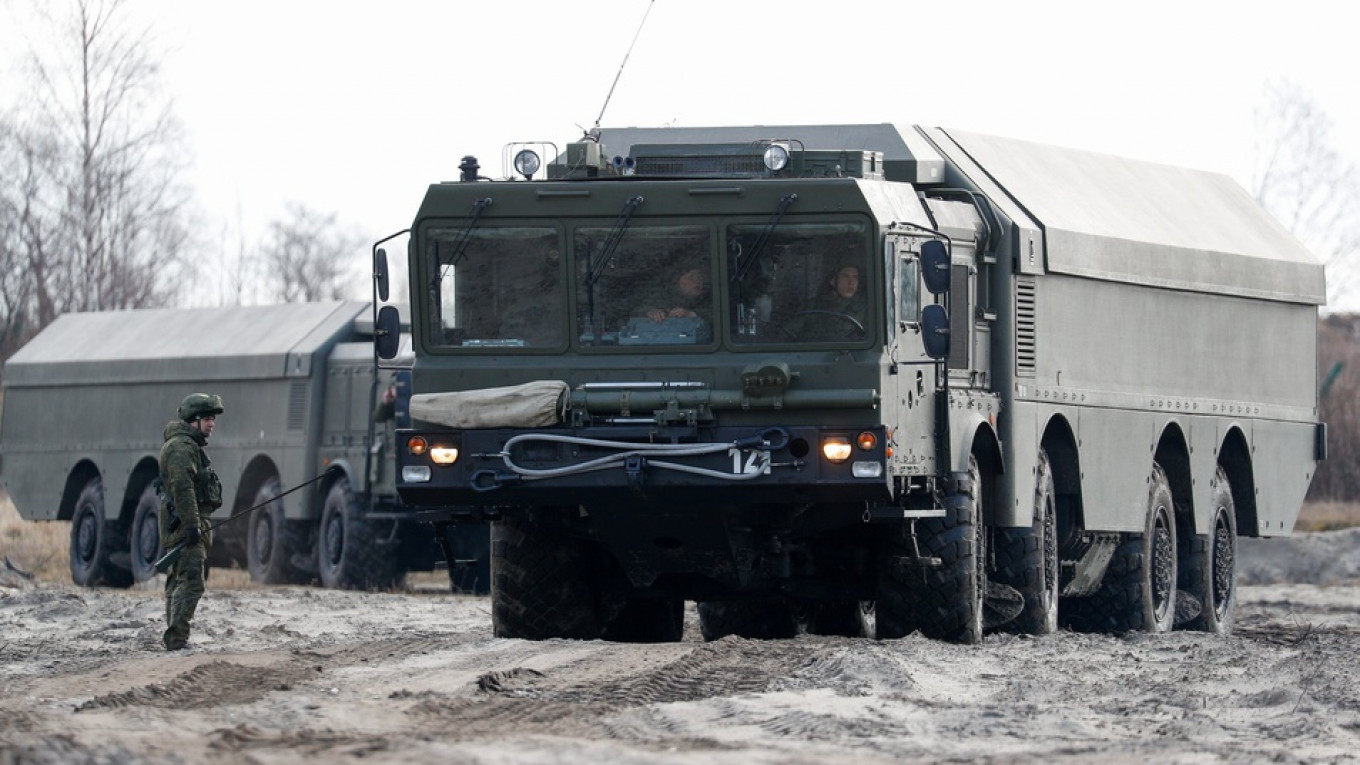 This week more than 80 units of military hardware rolled out of their compounds in the Kola Peninsula to participate in exercises, the Northern Fleet informs. The exercises involved motorized infantry units of the Northern Fleet’s Arctic Brigade, and included military equipment such as self-propelled Gvozdika howitzers, the Strela-10 anti-aircraft missile system, and MTLB armored transport vehicles.

In addition, there was chemical defense training with a RKhM-6 chemical, biological, radiological, and nuclear (CBRN) reconnaissance vehicle.

According to the Russian Armed Forces, the CBRN vehicle is capable of mapping realtime chemical and meteorological conditions in a 6 km radius, and provides early warning that can reduce potential losses by up to 70%.

The application of the CBRN vehicle in the Kola Peninsula follows similar training in major western and central Russian military districts. On March 25, President and Head Commander of the Russian Armed Forces Vladimir Putin announced a preparedness inspection that included the country’s chemical weapons defense forces.

The training of the involved units took place between March 25-28. The inspection followed immediately after Putin’s speech to the nation in which he announced extraordinary measures to combat the coronavirus.

The Russian Arctic Brigade formally belongs to the 80th specialized infantry brigade. It is based in the town of Alakurtti in the Kola Peninsula, only few kilometers from the Finnish border.