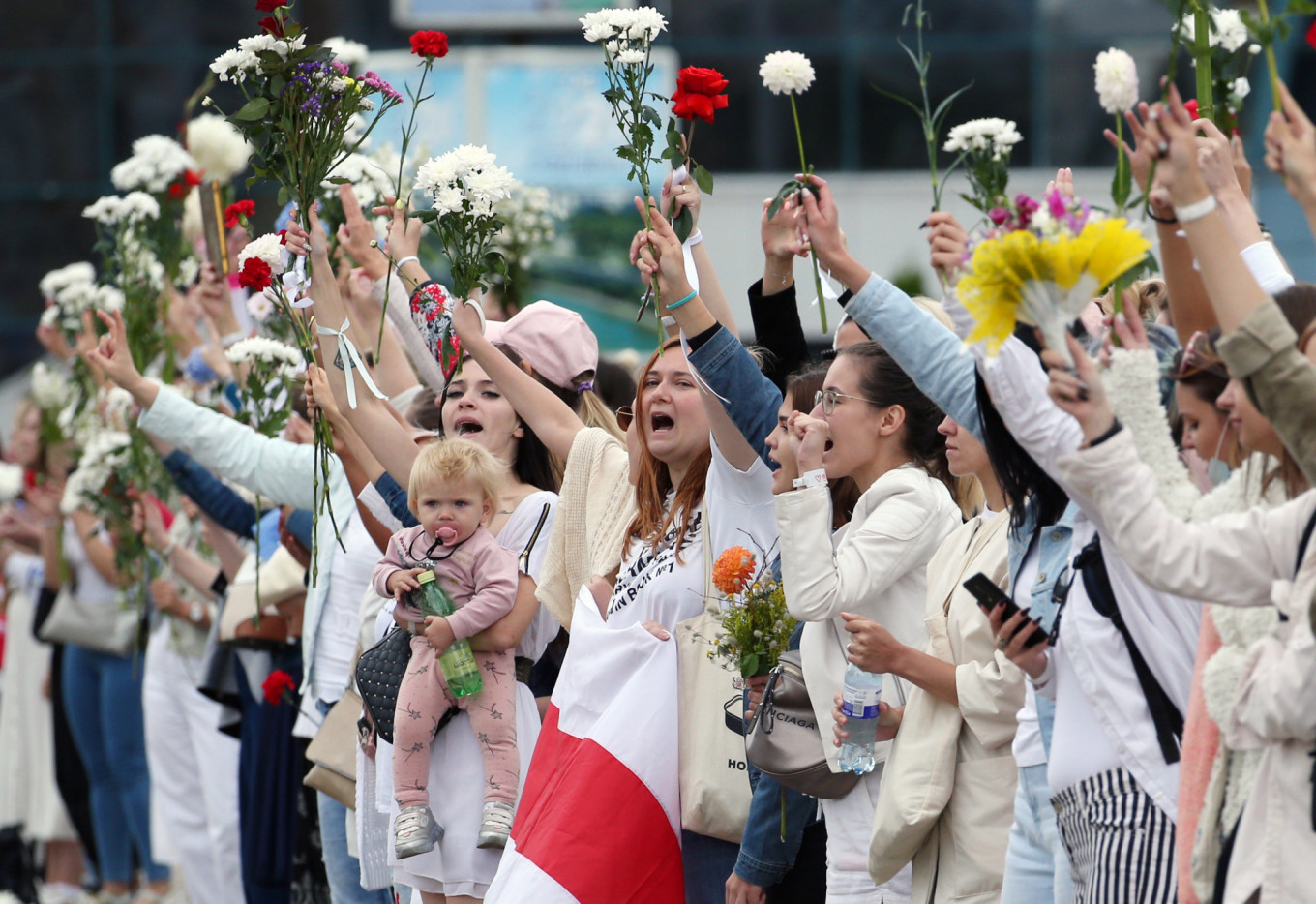 A crushing re-election victory for Belarus President Alexander Lukashenko followed by anti-government protests, violent police repression and the opposition challenger taking refuge in Lithuania — here is a recap of the dramatic events in the ex-Soviet country since Sunday.

His main rival is the 37-year-old political novice Svetlana Tikhanovskaya, who decided to run for president after her blogger husband Sergei Tikhanovsky was jailed and barred from contesting.

Anti-government protests break out that are violently repressed by police, leading to some 3,000 arrests and dozens of injuries.

The next day, the first official results give victory to Lukashenko with roughly 80% of votes, far ahead of Tikhanovskaya, with some 10%.

Tikhanovskaya claims victory and calls on Lukashenko to step down.

Russia, China and Venezuela welcome Lukashenko’s re-election, but other countries and the European Union question the fairness of the vote and condemn the crackdown on protests.

For a second night, demonstrators clash with police in Minsk and other cities, leading to some 2,000 arrests.

One man dies when an explosive device goes off in his hand, police say, confirming the first fatality of the post-election protests.

On Aug. 11 a distressed-looking Tikhanovskaya says she has made a “difficult decision” to leave her country for Lithuania.

She indicates she is leaving Belarus to be with her two children, who had earlier been taken out of the country for their safety.

In Minsk, state media releases a video showing Tikhanovskaya urging supporters not to protest, but her allies say it was recorded under pressure.

The European Union threatens to reimpose tough sanctions on Belarus.

The interior ministry says police in the southwestern city of Brest used firearms against a group of protesters and that one was wounded, in what is the first time authorities confirm the use of firearms during the protests.

European Union foreign ministers are set to hold an extraordinary meeting on Friday to review the situation in the ex-Soviet country.